We Are Your Friends is not a good movie.

It’s a sprawling mess that tries and fails to be 8 Mile, Almost Famous and a definitive work about the millennial experience all in one. With the disappointing first week numbers rolling in, this is not exactly breaking news, and as a reader of FACT, it’s probably not like you were going to see a movie about EDM starring Zac Efron anyways.

But that said, We Are Your Friends does a shockingly good job with all things music and DJ-related. None of the discussions of music and DJing are particularly cringeworthy or precious. The graphics-heavy explanation of what a DJ does beyond mixing songs together is totally reasonable. There’s some meaningful and credible discussion of the importance of live instruments and natural sounds in electronic music. There is a legitimately funny scene depicting The Awkward Moment When you have to play your music for somebody you really want to impress off your phone.

Most surprisingly, the movie paints an accurate picture of the grim, lonely depths of the life of a professional DJ. It does so mostly through Wes Bentley’s portrayal of James Reed, an older, successful DJ and producer who takes Efron’s Cole Carter under his wing (after getting him to smoke PCP). The fabulously wealthy Reed takes Carter to parties, gets him gigs and teaches him how to make big boy music in his decked-out home studio.

But while Carter is enjoying his come-up, Reed is trapped in paradise with a crippling drinking problem. The movie is thin on character development all around (one of its many flaws), but it fleshes out the older DJ as a once-promising talent at a plateau who now “just gives the people what they want”. He feigns enthusiasm as he rattles off all the exotic international locales he has headlined, but he sounds like he’s reading a grocery list. And while he knows a lot of beautiful people, it seems like his only meaningful relationships are with Carter and his live-in assistant/maybe-girlfriend Sophie, played by the totally competent Emily Ratajkowski. It’s his sad little fake family and it devolves, obviously, into a love triangle.

James Reed’s misery looms over Cole Carter’s rise to prominence. The audience is never given a reason to believe an older, more jaded Cole won’t suffer the same fate as his mentor. As the two exchange punches in a strip club bathroom over Sophie, Carter calls Reed a sell-out. Reed Judo flips him on the hard tile floor (“MMA training!”) and informs his protege that he is “barely even a person” until he turns 27. Later, after the two make nice (and Sophie is unceremoniously jettisoned, of course), the movie climaxes as James brings Cole out to open for him at a big festival. He claps like a proud dad while the crowd goes wild for Carter’s new track, only reaffirming the idea that he has molded Carter in his own image, set up to fail similarly.

There’s Ferrari and Dubai money at the top of the game, but there’s no guarantee you won’t be as jaded as James Reed by the time you get there. Every music career is hard work, but We Are Your Friends spends its opening scenes putting a fine point on how the talent of the DJ is just one small cog of a much bigger nightlife machine. Carter’s skills are totally irrelevant compared to his crew’s ability to bring 500 chicks to the club and also sell everyone pills. Meanwhile, Reed is so famous that his skills are irrelevant compared to the draw of his name alone. The money is nice but the work is empty. Nothing matters and capitalism is invincible.

We Are Your Friends does a lot of things wrong but does a lot more right than I expected it to (including a legitimately interesting tangent about the housing crisis and an admirable scene in which some douchey bros get knocked out for slut-shaming). But it took a story about a young DJ’s big break and accidentally made it into a cautionary tale about his future. And that’s probably the best explanation for the movie’s box office failure: instead of an uplifting celebration of EDM, We Are Your Friends is a depressing chronicle of the scene at its worst.

Tags: We Are Your Friends 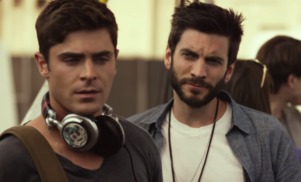 We Are Your Friends soundtrack features DFA, Alunageorge and Bro Safari 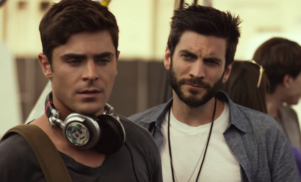