Artists can get the reverb sound of Berlin’s Teufelsberg surveillance tower in their productions thanks to a free plug-in from Balance Mastering.

The NSA Teufelsberg listening station was constructed in 1963 as a means for the US and UK to spy on Soviet and Eastern Bloc communications. It now lies abandoned, but two years ago Balance recorded a set of impulse responses for musicians to recreate the unique reverb of the space. 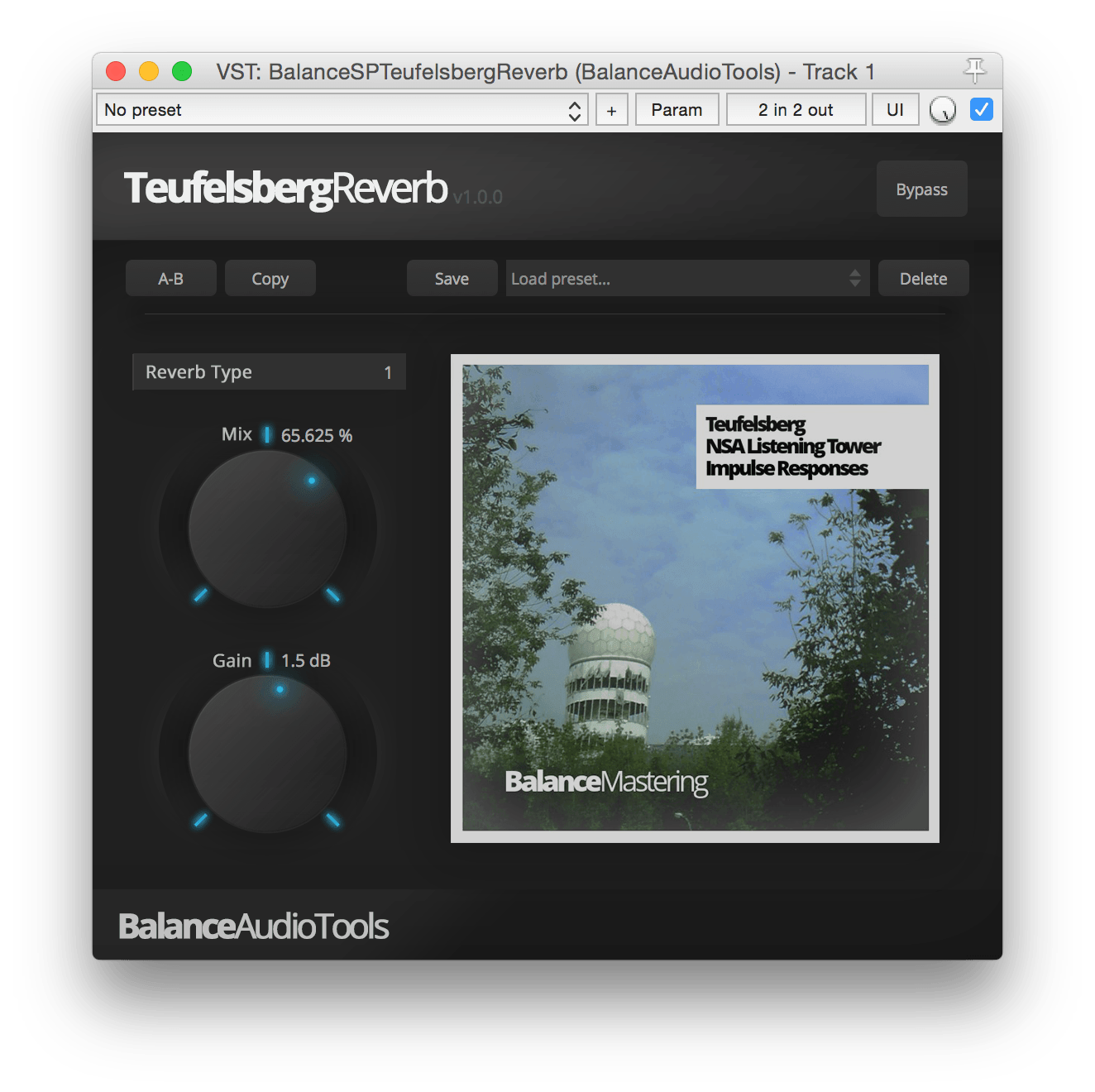 Teufelsberg Reverb uses the same reverb impulse responses, but puts them into a more convenient VST plug-in for Mac, Windows and Linux. It features six different reverb sounds, and is open source.

You can download the plug-in free from the Balance Mastering website, and listen to samples below. If you want some drum samples to go with it, this pack contains the sounds from 150 classic drum machines. [via CDM]