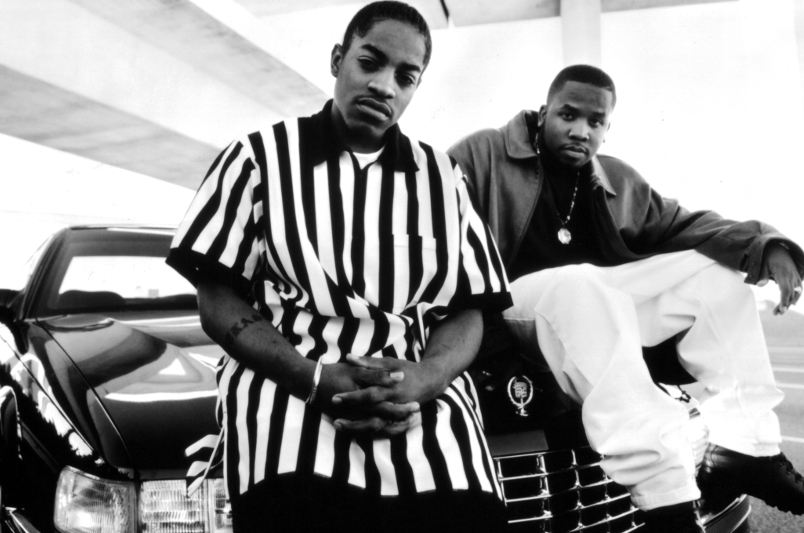 Headland Flow gives you the sound of Houston, New Orleans and Atlanta.

Native Instruments has released its latest expansion pack for its Maschine hardware, a set of drum samples and synth presets inspired by Southern hip-hop.

According to NI, Headland Flow includes samples recorded from live kits and drum machines along with “R&B-flavored instrumentation” from bass, guitar, synths and piano.

The pack is inspired by ’90s hip-hop from Houston, New Orleans and Atlanta, and was created with oroduction duo Divided Souls, who cite artists such as Outkast (pictured above), Goodie Mob and Three 6 Mafia among the inspiration.

Known for their work with Scarface and 2 Chainz, Divided Souls aimed to give the pack a “looser, natural vibe,” and recorded everything from vintage drum kits to Les Paul guitars for the 248MB of samples.

The pack is designed for Maschine 2 users, and includes 51 drum kits and 21 instruments alongside 24 presets for NI’s Massive synth, 31 drum synth patches, 7 Monark patches and 12 presets for Reaktor Prism. It’s available now from the NI store for $49/£44.

Read next: Download 150 classic and rare drum machines in one free sample pack

Watch Metrist, Lyzza, Torus and Elias Mazian go Against The Clock at ADE 2018