This toolkit lets anyone build their own MIDI-controlled musical machines

Berlin-based studio Dadamachines has launched a Kickstarter for the Automat Toolkit, a MIDI-controlled package that allows anyone to build their own musical machines.

The hub is the Automat controller itself, a plug-and-play MIDI device with 12 DC outputs. These can be plugged into solenoid motors and LEDs, allowing real-world objects to become musical instruments.

The Automat is controlled with MIDI over both traditional connectors or USB, allowing it to be sequenced with Ableton Live, iOS apps or traditional hardware such as an MPC. While it looks complex, Dadamachines stresses that it can be used by anyone, regardless of ability. 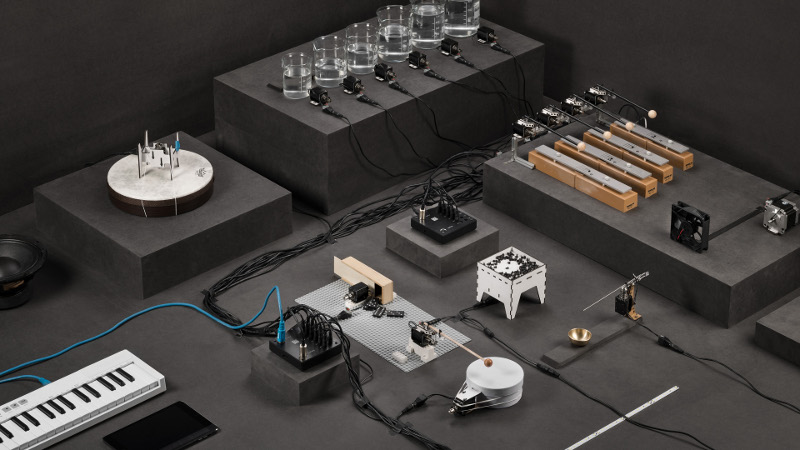 For example, the toolkit can be used to create a robot capable of playing a full drum kit using motors, or it can just be used to tap out a rhythm on an everyday item like a glass jar.

Dadamachines is offering several packages for Kickstarter backers. The controller itself costs €169 ($182), or you can buy it with solenoid motors, microphone stands and various adaptors for creating your own contraptions.

As the Automat controller is Arduino-based it’s both hackable and open-source. It’s also modular, so if you need more than 12 DC outputs, it’s possible to chain them together.

Dadamachines needs €20,000 for the project to be funded, but it’s already reached €15,000 at time of publishing. If successful, backers can expect their kits to be shipped in August 2017. Find the project here.