Drummer From Another Mother is the Moog drum machine we’ve always wanted.

Moog has teased an ultra-limited DIY drum module – but you’ll have to be committed if you want to get your hands on one.

Called the Drummer From Another Mother, Moog’s new module won’t be made to the general public, but is the end product for a lucky 100 people attending a synth engineering workshop at this year’s Moogfest.

Attendees will attend two three-hour sessions over two days, and will be instructed by Moog engineers on the basics of analog synthesis and how to build their own synth.

The DFAM isn’t the first time Moog has allowed its fans to craft a one-off synth. At last year’s Moogfest, participants were able to build a synth and sequencer called Brother From Another Mother. 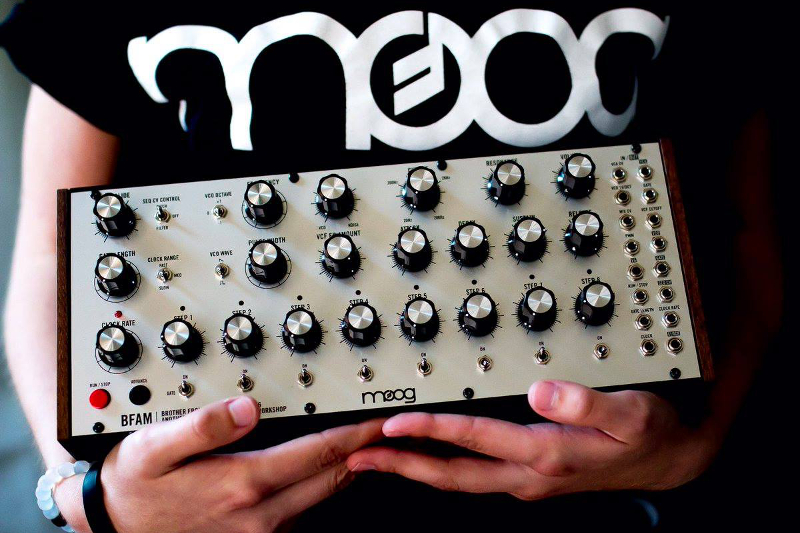 DFAM’s design is inspired both by that and Moog’s Mother-32 synth, which can also be used as a standalone synth or as a module for a larger Eurorack system.

Moog still has places for the Moogfest Engineer VIP workshop, but they’ll set you back $1,500. If you want an ultra-limited edition synth crafted by your own fair hand though, it’s a small price to pay.

No experience is necessary, but Moog recommends having basic soldering knowledge. The pass also includes access to the festival as well as VIP viewing areas. Find out more at the Moog website.