Available in 49 and 61-key models, KeyLab Essential are stripped-down versions of the French company’s KeyLab controllers, which combine a keyboard with drum pads and other controls.

They feature fewer drum pads (eight instead of 16), but still have nine faders for mixing in your DAW and nine rotary knobs for controlling synth plug-in parameters. 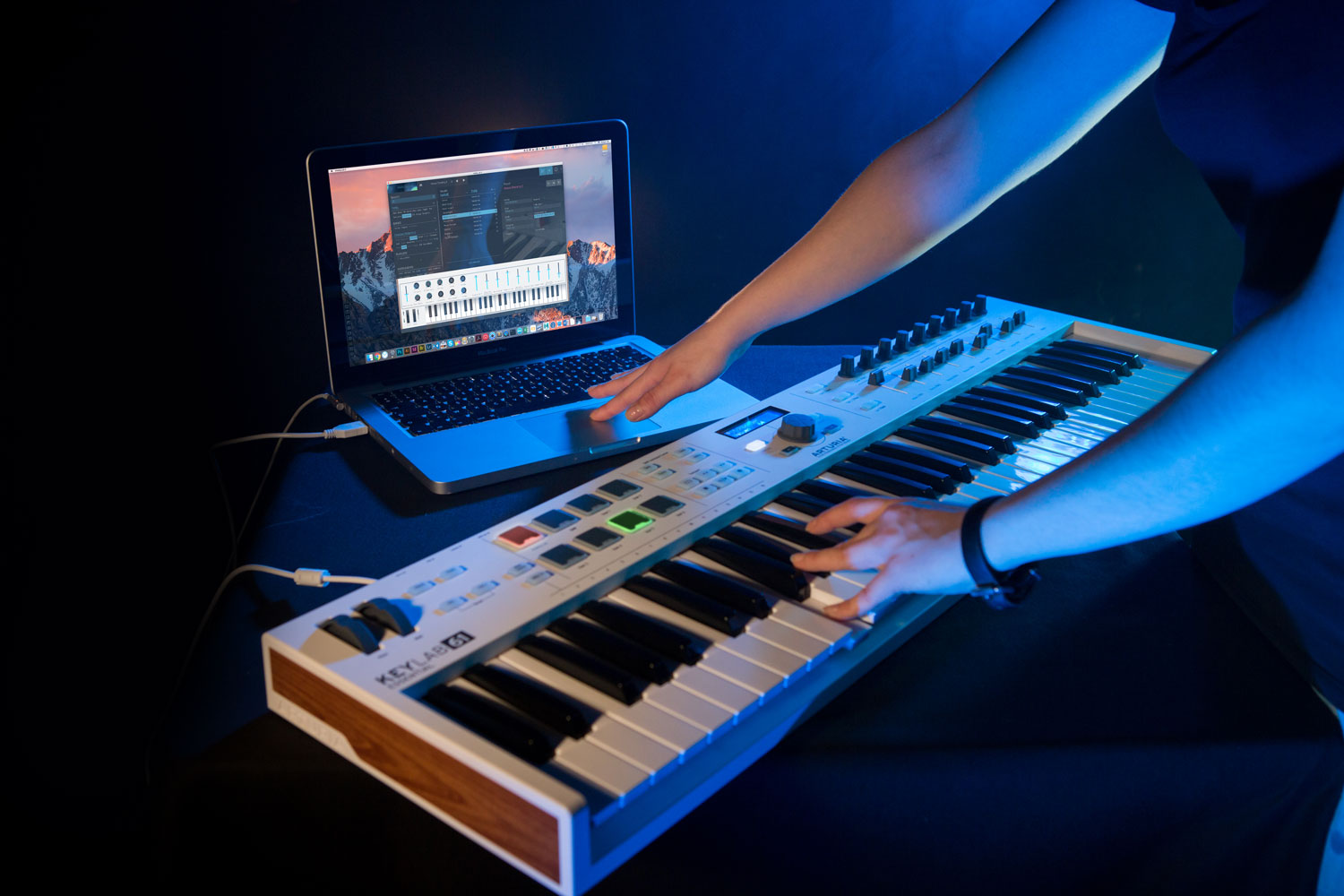 As with the original models, KeyLab Essentials have been designed to integrate seamlessly with Arturia’s Analog Lab 2 software, which is included in the box. Arturia claims the new models will “make the technical stuff as simple as possible” and are suitable for both beginners and experienced producers.

The most attractive feature to novices will be the chord mode, which allows anyone to play chords with a single key – a feature found on high-end keyboard controllers such as NI’s Komplete Kontrol series.

If these are too big for your studio, Arturia last year launched a new compact MIDI keyboard, MiniLab MkII.