The controller is aimed at people who make music on the move.

Arturia has announced a new version of its compact MiniLab MIDI keyboard controller.

The MiniLab MkII is very similar in style to its predecessor, sporting 25 slim keys, eight backlit drum pads and 16 rotary knobs, two of which are clickable.

As with the earlier model, which was launched in 2013, pitch and modulation wheels take the form of touch strips. Again, it’s aimed at musicians who make music on the move and have tight studio space. 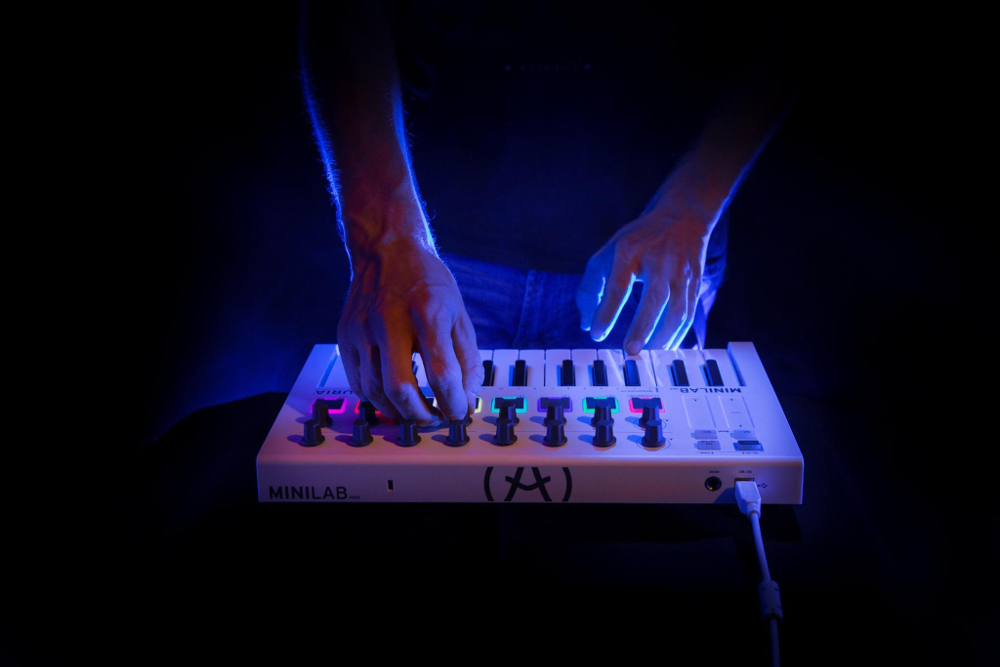 The keyboard also features plenty of free software: as well as a copy of Ableton Live Lite, it comes with Arturia’s Analog Lab Lite, which features access to synth presets from the company’s V Collection 5 software. Also included is the UVI Grand Piano Model D software, which samples its sounds from a vintage Steinway.

Priced at an affordable $119/€99 and set for “imminent” release, the MiniLab MkII is one of several pieces of new hardware to be launched by Arturia in 2016. As well as the Keystep sequencer keyboard it announced a $499 analog drum machine, the DrumBrute.