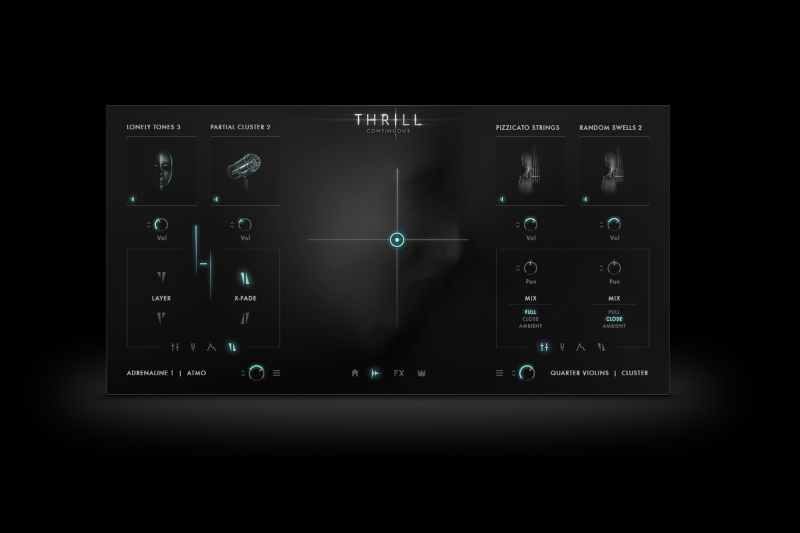 NI claims Thrill is the first instrument to combine orchestral sounds and sound design with an interface that can be used by one person to craft cinematic atmospherics in real time.

The instrument features a 30GB sound library taken from 963 source sounds, covering orchestral sounds, synth drones and other custom-built instruments. These are mixed using an XY control that modulates effects, blends between layers and increases the intensity of the composition. It can be controlled with a trackpad, tablet or even smartphone.

NI also touts Thrill’s use of tone clusters, a type of chord that’s frequently used to generate tension. The company claims Thrill’s tone cluster generator is the most powerful to be found in a virtual instrument.

“Using Thrill, a single person could perform the terrifying string tone clusters from The Shining, as Jack Torrance rampages around Overlook Hotel. An aspiring young filmmaker could single-handedly play all of Arrival’s stomach-churning bass drones in just one take,” NI says in a press release.

As well as film and video game scores, NI says that Thrill is suitable for anyone making sound installations and theater productions. It’s available now for $299/€299/£239, and requires NI’s Kontakt 5 or free Kontakt 5 Player to run.

For more on how Thrill works, watch creator Uli Baronowsky’s walkthrough video below.