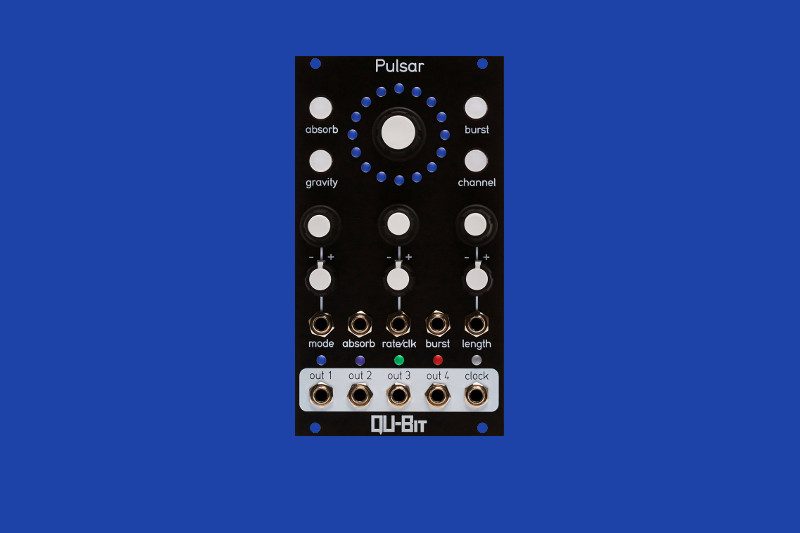 A neutron star for your modular synth.

The module is a burst generator that the US boutique company says is based on pulsars, neutron stars that emit beams of electromagnetic radiation through space.

Pulsar has eight “dispersion modes” that create different stream types, including binary, random, fractal and euclidean. Qu-Bit has even included gravity and absorb controls inspired by real physics that affect the behavior of each burst.

Watch it in action below and find more information at the Qu-Bit website.

Read next: This is the modular synth Aphex Twin is using in his DJ sets