Portugal’s Out.Fest might be an antidote to Lisbon’s rising tide of gentrification

Barreiro, located across the Tagus river from Portugal’s capital, was once one of the country’s busiest industrial ports. Now the post-industrial town  poses an alternative haven for artists and musicians as the gentrification of Lisbon continues to develop. April Clare Welsh headed to Saturday’s Out.Fest – an experimental music extravaganza with a community-minded ethos – to get the lowdown.

In recent years, Lisbon has seen a dramatic shift from crisis-stricken city to Europe’s hottest new destination for creative freelancers and “digital nomads”. With the promise of cheaper rent, a Mediterranean climate, relaxed drug laws and a socialist-led government, it’s hardly surprising why so many young Europeans are relocating to the Portuguese capital. But as always, gentrification comes at a price.

According to statistics, 1,700 families were evicted from their homes in Lisbon last year, while in the the past three to four years the cost of rented accommodation has escalated between 13% and 36%. An anti-displacement campaign has since been launched in response. The Morar Em Lisbon (“We Live In Lisbon”) campaign urges that “the temporary and short-term use of housing for tourism purposes should be managed, controlled and balanced, and that permanent housing accommodation should be supported and energized.” It demands housing is “placed and kept at the forefront of Portugal’s national political agenda.”

“Lisbon is at breaking point,” agrees Rui Pedro Dâmaso, artistic director of Portugal’s experimental arts extravaganza, Out.Fest. Located in the post-industrial town of Barreiro – just a 20 minute ferry ride across the Tagus river from Lisbon’s Terreiro do Paço – the festival launched in 2004 and this year welcomed artists such as Charlemagne Palestine, Pere Ubu, Caterina Barbieri, Lolina and DJ Nigga Fox to perform at the four-day event.

Originally raised in Barreiro before heading to Lisbon for university, Dâmaso returned to his hometown in 2014. Recalling Barreiro’s former glory as a musical hotspot, he praises the town’s experimental performance art scene of the late ‘80s and a metal scene in the ‘90s, which morphed into garage rock later that decade. Dâmaso says people used to come from Lisbon to spend their weekends in Barreiro, before Bairro Alto “became trendy”. He is now part of a small artistic community helping to breathe life back into the previously overlooked town that boasts a communist mayor – an antidote to the rising tide of Lisbon’s gentrification.

Founded on the metalworking, cork and chemical industries, the Eraserhead-like town of Barreiro was once one of Portugal’s busiest industrial centers, but is no longer thriving. Walk around the town during the daytime and you will see relics of its industrial legacy in the former workers’ cottages, disused railway station and the constant clanking sound of machinery being demolished. It’s a sprawling and sublime setting for an experimental music festival, to say the least. 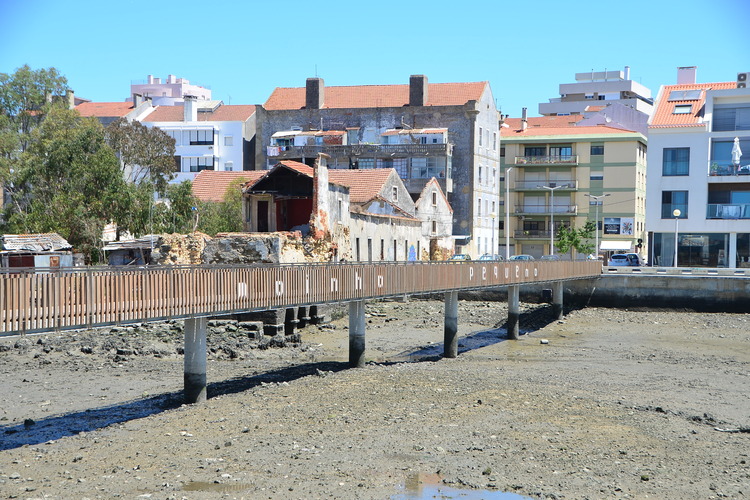 Located in Barreiro’s former fire station, originally built in 1894, the Associação para o Desenvolvimento das Artes e Oficios (“Association for the Development of Arts and Crafts” or ADAO) is Out.Fest’s venue for the Saturday night – a maze-like building set by the waterfront, with a multi-colored exterior and a tree-lined outdoor space. Since 2015, ADAO has provided studio spaces for artists working across myriad disciplines and a number of these studios have been temporarily repurposed into music venues and immersive art installations just for the festival.

I arrived in Barreiro on the Saturday night just in time to catch power electronics powerhouse Simon Crab – decked out in a French Situationist anti-fascist teeshirt and Doc Martens boots – perform the beginning of an ambient techno set with swirling visuals that wouldn’t have been out of place in the Land of Oz chill-out room.

Upstairs, Lisbon’s own DJ Problemas, a lo-fi house Jonathan Richman, entertained a packed-out room from behind his cheap drum machine and sampler-featuring perch with bouts of snake-hipped dancing. Problemas’ heady blend of chintzy vaporwave and battered house with a gothic, John Maus-esque vocal echo proved an intoxicating mix as it bounced off the neon-lit walls.

Often the beauty of an experimental festival is the breath of styles it mines and Out.Fest was no different: Nigel Ayers’ legendary dark ambient project Nocturnal Emissions flooded the room like a multi-sensory deluge of musique concrète while UK veterans This Is Not This Heat – now a seven-headed unit – presented their canonical, politicized myth-making next door.

In addition to This Heat’s two surviving founding members Charles Bullen and Charles Hayward, new additions Daniel O’Sullivan of Grumbling Fur and Alex Ward injected fresh life, helping bring the avant-garde legends’ multi-faceted, junkyard experimentation into a widescreen panorama that left the audience spellbound. Bullen’s effortlessly cool guitar playing contrasted with Hayward’s anarchic drumming, while clarinet and melodica ditties clashed with screes of industrial noise. It was a beautiful clusterfuck of politics, tenderness and destruction, with crowd-pleasing highlights like 1981’s ‘S.P.Q.R’ sounding as vivid and clear as a recording.

Elsewhere, the ice-cold sonic terror of Porto industrial duo Coletivo Vandalismo sent shockwaves through the crowd in the smaller salas des colunas venue later that night, while headliners Black Dice sounded limp and conventional in comparison. But the real star of the show had to be Príncipe Discos’ DJ Nigga Fox aka Rogerio Brandao, whose hypnotic assault of Afro-Portuguese house filled the room with energy. The only criticism was the unfortunate timing of his set – he played as the last ferry was departing for Lisbon, meaning that some of the crowd had already been forced to disperse. 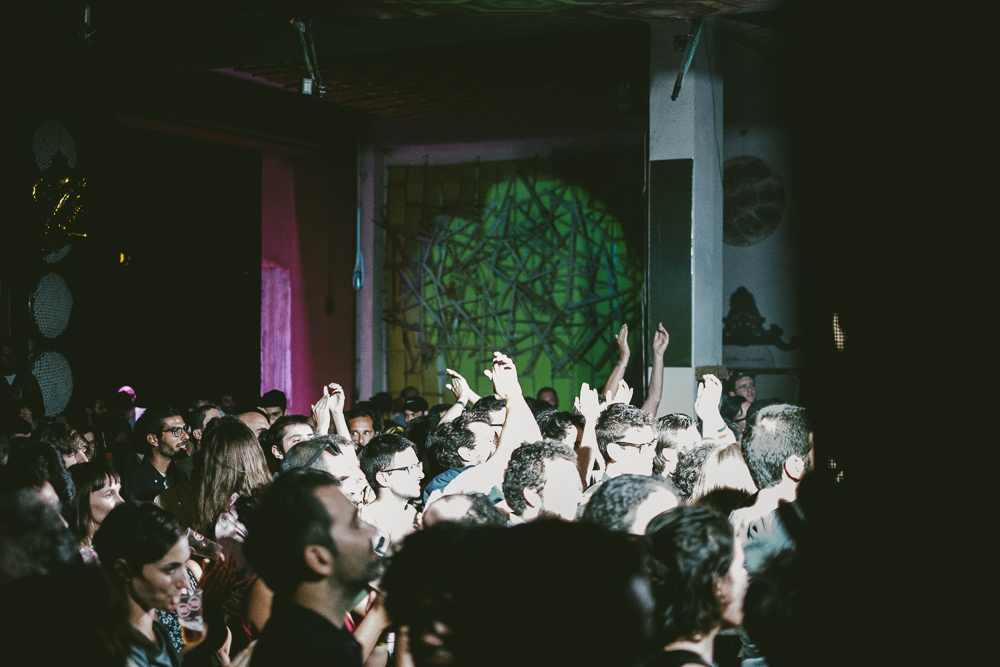 Out.Fest and ADAO may only be tiny drops in Lisbon’s ocean of musical options, but those seeking a break from the increasingly tourist-packed capital, could do worse than hop on a short ferry ride across the Tagus. And as the festival’s producing arm the Out.Ra association, which was formed in 2009, continues to engage with exciting new cultural projects, it looks like Barreiro is already on its way to restoring its former cultural glory.

Read next: “This is our grime”: DJ Marfox, DJ Nigga Fox, Principe Records and the Sound of the Lisbon Ghettos

Tags: DJ Nigga FoxOut.FestThis Is Not This Heat