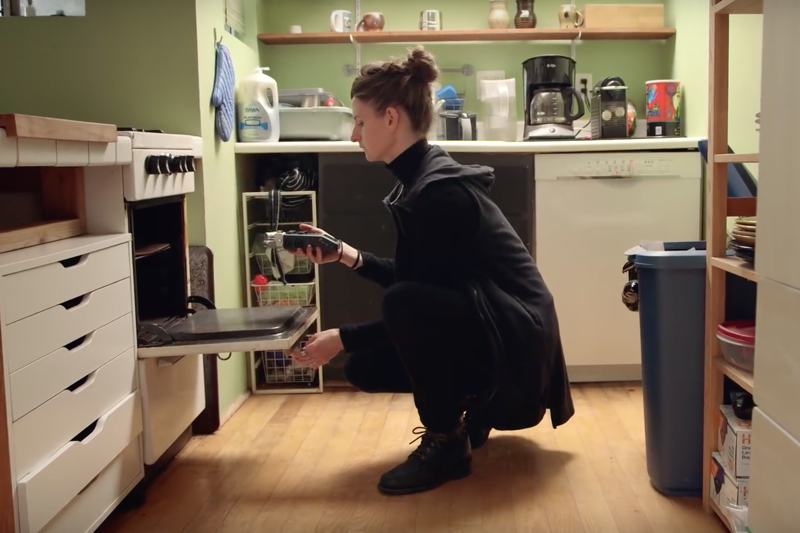 Ableton is kicking off 2018 with a giveaway from Tri Angle artist Katie Gately. It’s a free Instrument Rack for Live called “Kately’s Haunted House” that contains four chains of samples, each with their own effects.

“I’m an FX person so the idea is to experiment using as much variety in FX-types for a diversity of playfulness,” Gately says at the Ableton website. “I want each chain to think and act a bit differently – while still not creating distorted madness.”

LA artist Gately has been making music from found sounds and manipulations of her own voice for several years now. After debuting in 2013 on Public Information and Blue Tapes and catching the ear of Björk, who enlisted Gately to remix a track from 2015’s Vulnicura, she released 2016’s Color album on Tri Angle.

The free pack is accompanied by a two Ableton-produced videos that delve into how Gately sources and modifies her sounds, using everyday objects like her oven and scanner to create completely new soundscapes by pitching octaves and adding effects.

“My hope is people will pull these apart and personalize them (i.e. try them out on other sounds and make them smarter/wackier/cooler),” Gately says of the custom Instrument Rack. “I also hope people will be inspired to record sounds in their own houses to see what kind of mundane magic is living under their roof!”

The free custom rack – which can be downloaded from the Ableton website – arrives ahead of the release of Ableton Live 10, which is expected to arrive in the first quarter of 2018.

Read next: Ableton’s new website will teach you the basics of making music