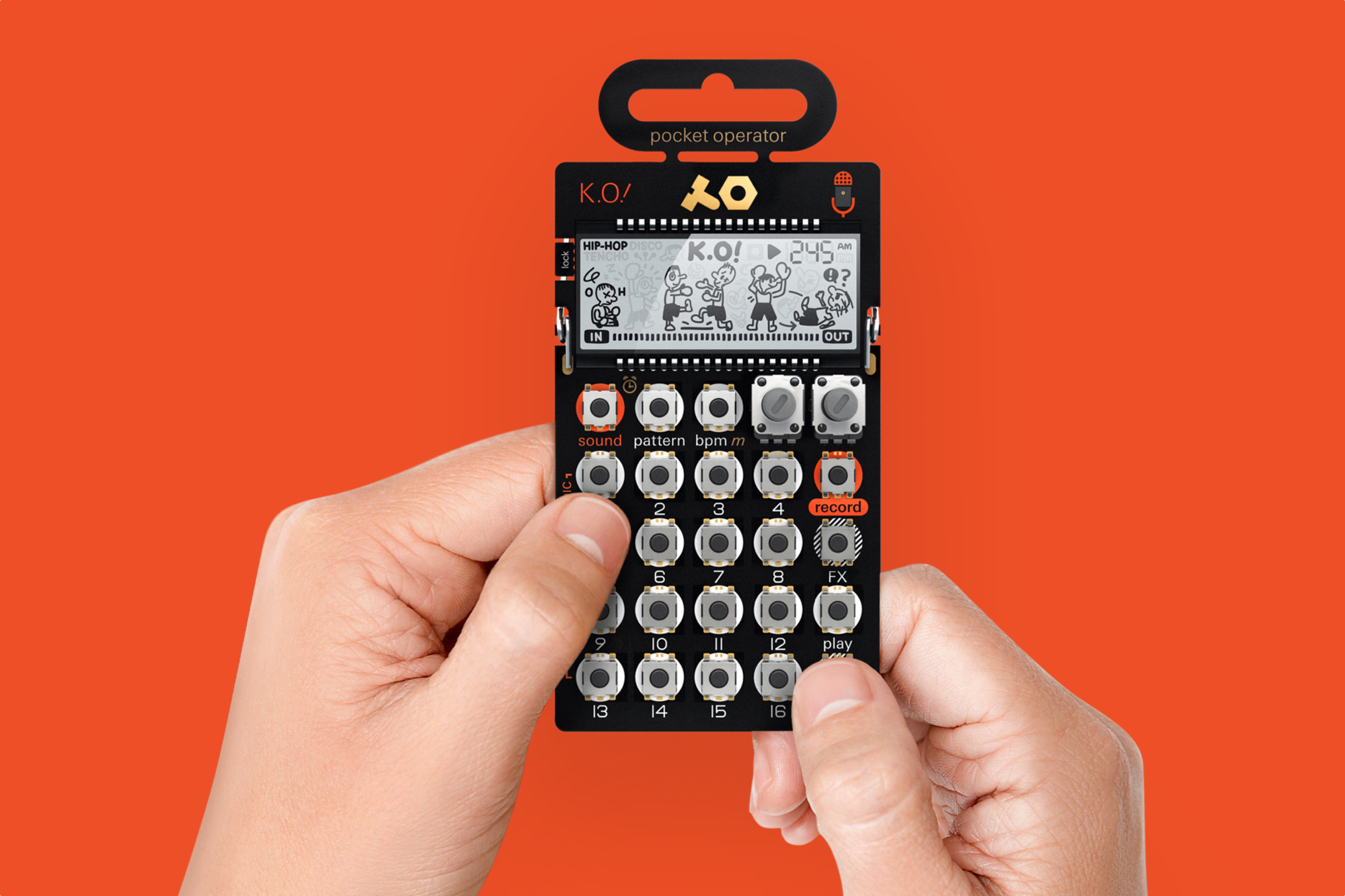 The latest Pocket Operators let you record your own sounds.

Teenage Engineering is expanding its Pocket Operator range with two new models: PO-35 Speak – a vocal synthesizer and sequencer – and PO-33 KO!, a tiny sampler with a 40-second sample memory. Both have built-in microphones, and are based around using your own voice and manipulating it in different ways.

Although it’s billed as a vocal synth, the PO-35 Speak appears to be more of an all-purpose groovebox – you can use it to lay down a beat then record a vocal sample to go with it. The vocal can then be mangled or manipulated using different presets and the result is surprisingly professional.

The PO-33 KO! is more of a mini MPC with 40 seconds of sample memory, allowing you to record audio with the microphone or line-in and use it as the basis for a beat. The instrument also has its own drum presets on board and it has four voices, so you don’t need an additional Pocket Operator to create a simple track.

Vocal-centric instruments are the logical next step for the Pocket Operator line, which has grown to include drum machines, synths and general noise-making machines since it launched in 2015. Last year’s PO-32 Tonic even allows you to upload your own drum sounds.

Together with the Tonic, the Speak and KO! synths form what Teenage Engineering calls the Metal Series. While the earlier Pocket Operators came in at $59 each, these new models (and last year’s Tonic) have a premium price of $89 each, presumably because of the built-in microphones, though the Speak – like the Tonic – can use the Microtonic VST to upload new drum sounds.

Both the Speak and the KO! are available from the Teenage Engineering website now. Unfortunately the company’s promising OP-Z video synthesizer is yet to materialise, but the company’s most recent email update says that beta testing is about to start with an expected launch this spring.