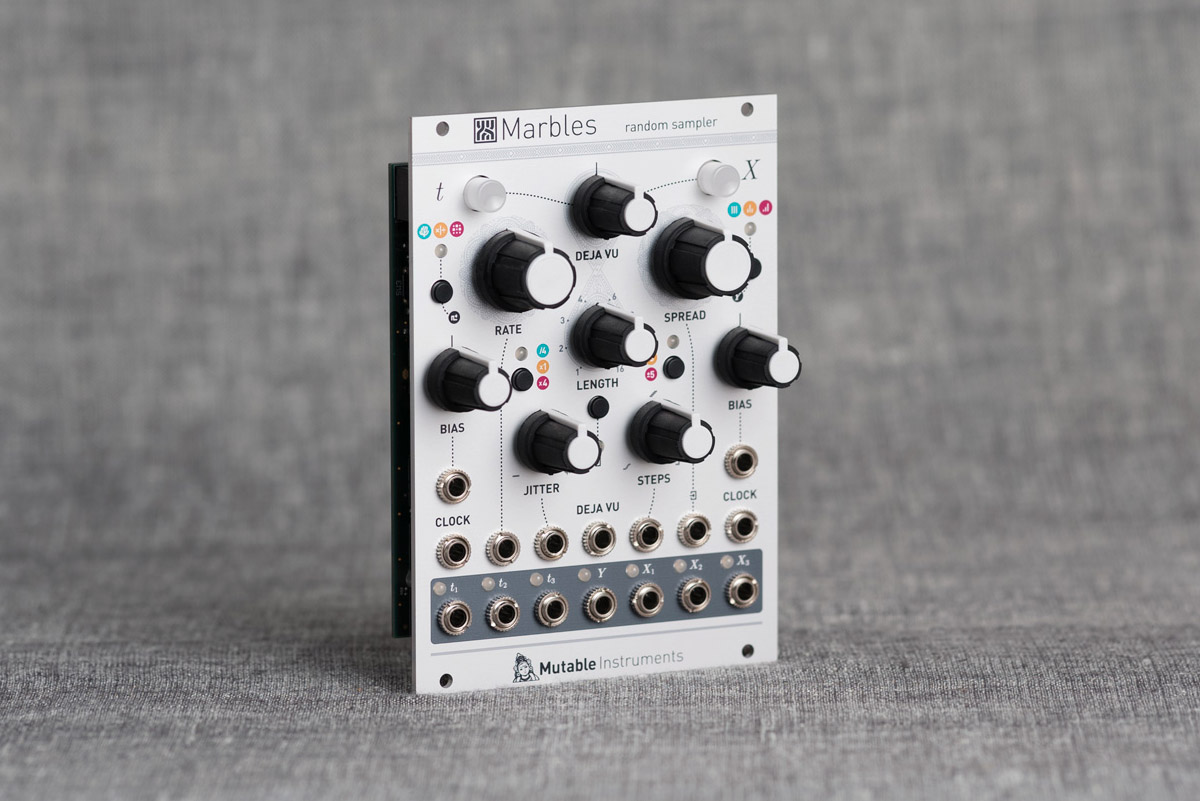 Marbles looks like the Swiss Army knife of randomizer modules.

Eurorack manufacturer Mutable Instruments has another new module on the way. Marbles is described by the company as a random sampler that can create “controlled chaos” and “repeatable randomness”. 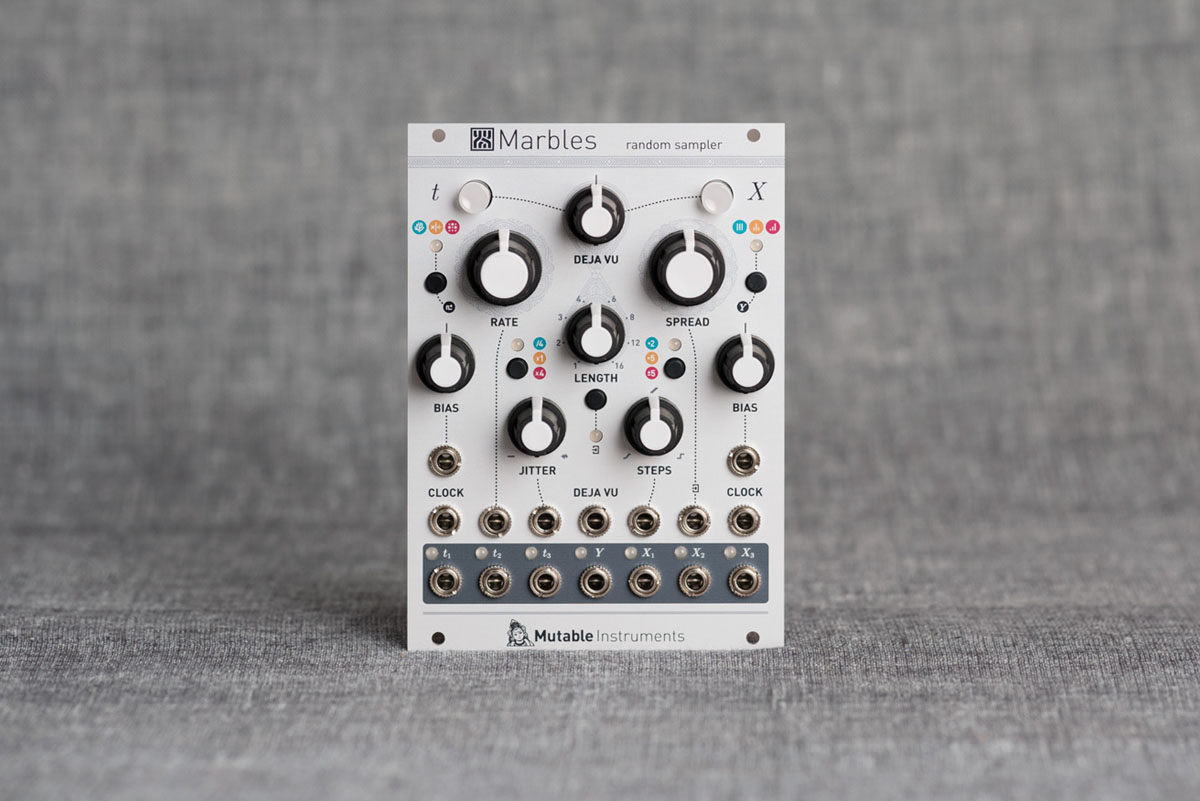 “Marbles is a source of random gates and voltages, which offers an extensive amount of (voltage) control on all the different flavors of randomness it produces,” Mutable says on its website.

“The module gives the musician many different ways of imposing structure on the random events generated by the module: synchronization to external clocks, control of the repetition or novelty of the generated material, quantization of the voltages, or randomization of gates or voltages generated by traditional sequencers.”

Marbles has both a random gate generator and a random voltage generator to play with, which can be used to create random rhythms and textures. One of the most interesting functions is a “déjà vu” setting, which remembers the history of every clock deviation, rhythm or voltage Marbles has generated and lets you control the probability of reusing past material instead of sampling new data.

According to the company, Marbles should begin shipping this week for €299. It follows the release of Mutable’s new macro-oscillator Plaits, which replaced the popular Braids module.