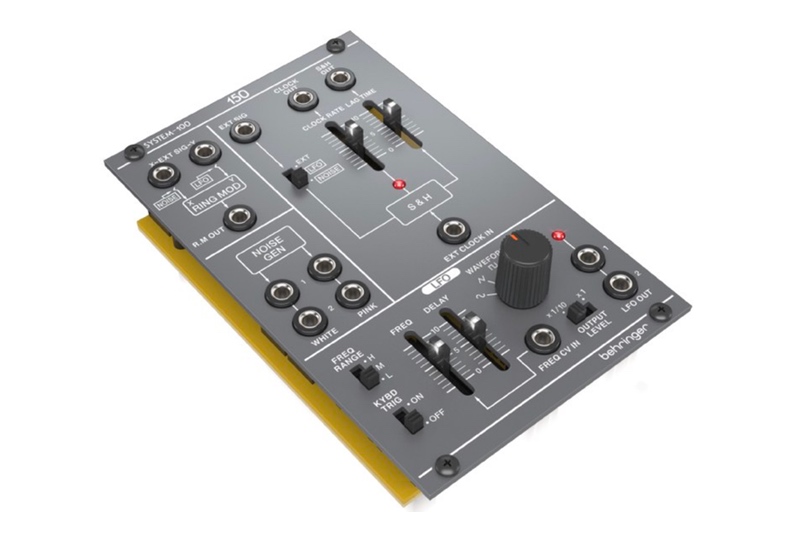 “These are 13 MID’s or concept documents we create for every single product as part of our PLM (Product Lifecycle Management) process before we hand them over to our R&D departments for development,” Behringer said.

However, Behringer also noted that not all of these modules will be manufactured: “We haven’t decided yet which of these modules we will actually produce as it is important that we achieve a certain production volume,” he added.

Behringer announced last week that it was manufacturing ‘affordable’ Eurorack modules in the $49-99 price range, but didn’t share any specifics beyond a few concept images. Behringer also indicated that it wasn’t limited to cloning existing gear: “Our Vision is to build both legacy modules but also come up with innovative solutions which we have demonstrated with the DeepMind or the Neutron,” he said.

The company already has one synth clone to its name – a Model D clone called the Behringer D – but the company has revealed plans to make replicas of many more legacy instruments, including the Oberheim OB-Xa and Sequential Circuits Pro-One. However, Behringer also has a track record for vaporware – a planned ARP Odyssey clone, revealed in 2014, is still nowhere to be seen.

Roland also already makes its own Eurorack modules based on the System-100m. In 2015 it launched the System-500 range in collaboration with Malekko, though these modules cost significantly more than the $99 target of Behringer’s planned range.