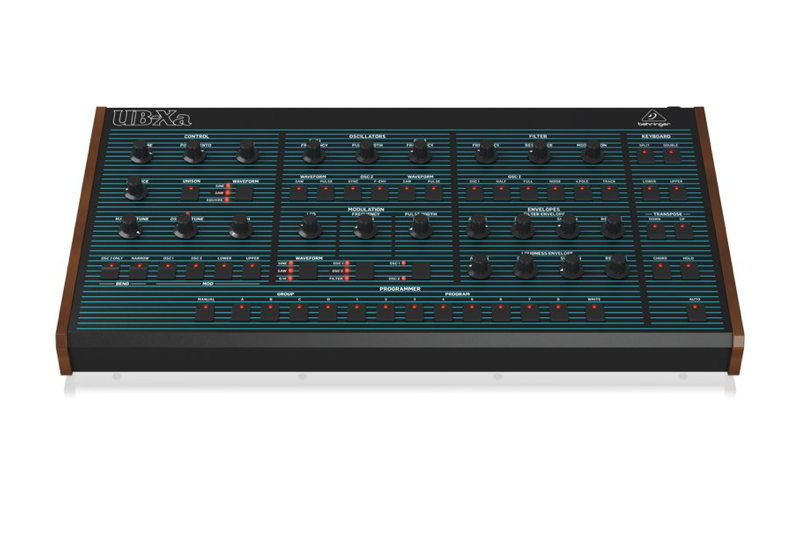 Budget gear manufacturer Behringer has kicked off 2018 by revealing yet more clones of vintage gear: Oberheim’s OB-Xa and Roland’s VP-330 Vocoder Plus synth. The UB-Xa has been widely expected to be in the pipeline since its trademark application was discovered last year.

Behringer divided the synth community last year with its Behringer D, an unofficial $299 clone of Moog’s Minimoog Model D, which, while technically legal due to expired patents, still received criticism from some quarters. The latest models to be released – the Behringer Vocoder and String Ensemble VC340 and UB-Xa – look even closer to the originals than the Behringer D, right down to details like color and font selection.

Behringer hasn’t revealed a price or release date for either synth yet, but images show that both have MIDI and USB connections, with the UB-Xa boasting footswitch and pedal jacks with the VC340 including vocoder control jacks and XLR input for a microphone. Company owner Uli Behringer has indicated it could be a while before they reach the shelves.

According to a statement released by Behringer, the UB-Xa is being worked on by engineers in Behringer’s Manchester team in their free time. This is the same group of engineers that developed Behringer’s $999 analog DeepMind 12 synth, which has had a generally positive reception since it launched last year. However, that synth took over three years to develop, and Behringer doesn’t expect the UB-Xa to be ready for another 12 months at least.

“Since this is more a labor of love than a commercially viable project, our engineers can’t work full time on this synth and will use some of their free time, hence the project will likely take more than 12 months,” Behringer said.

“Most importantly, our goal is to make it an absolute authentic sounding instrument and offer it at a truly affordable price – but you know this already.”

The reveal of these new synths is just the latest in a long running Behringer clone saga. In December 2017, the company posted product specifications for 11 synth and drum machine clones, ranging from new versions of the ARP 2600 to more obscure instruments like the EDP Wasp. However, several of these – including Roland’s TR-909 and VP-330 – are already available as official reissues from their original manufacturers.

At the beginning of 2018 Behringer released a teaser image of a Eurorack module that’s speculated to be a clone of the EMS VCS3. [via Synthtopia]

Read next: Our music tech predictions for 2018: SoundCloud’s survival, the Bitcoin boom and more modular madness