Attack of the clones.

Budget gear manufacturer Behringer’s decision to clone the Minimoog earlier this year had a mixed reception from Moog fans, with some praising the $299 price point and others seeing it as a desecration of the legacy of an iconic instrument. Well, brace yourselves, because Behringer isn’t done yet.

As Synthtopia reports, Behringer has listed clones of a slew of vintage synths and drum machines on its website, from recreations of Roland’s TR-808 and 909 to more obscure synthesizers such as the EDP Wasp and Octave’s CAT. As with Behringer’s Minimoog clone, some of these will come in Eurorack module format.

As well as its own versions of the 808 and 909, Behringer’s planned drum machines include clones of the Linndrum and Oberheim DMX, all with their own soundalike names. There’s the Rhythm Designer RD-808, RD-909 and RD-999 (whose inspiration isn’t clear) along with the LMX and OMX. 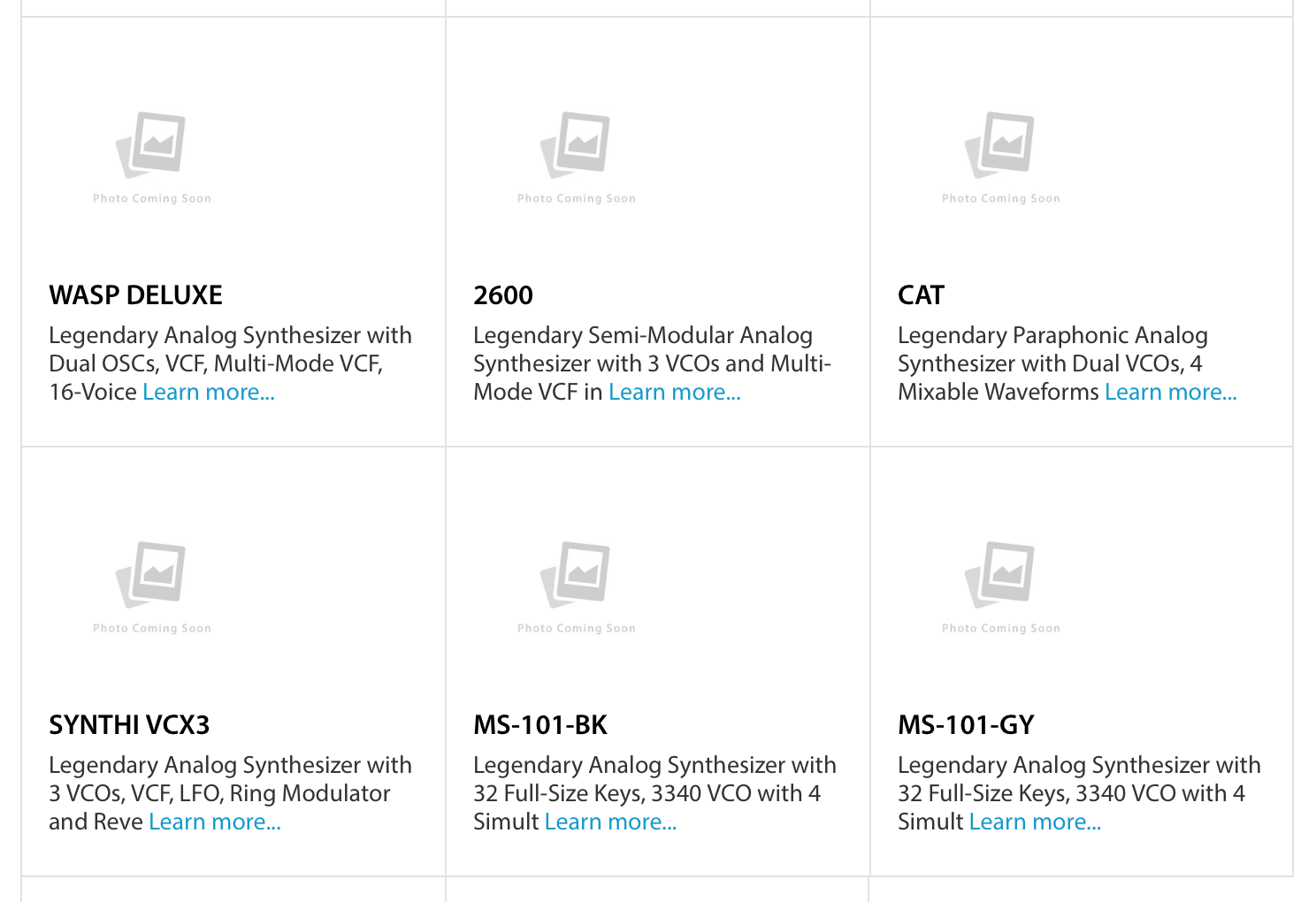 As for synths, the ARP 2600 clone Behringer teased earlier this year has been confirmed along with its own version of the EMS Synthi VCS3, Roland SH-101 and Korg MS-20. Some of these are synths are legacy instruments, but Roland and Korg already have their own updates of the MS-20 and SH-101, and probably won’t be too happy.

Assuming Roland and Korg don’t try to block these, we could still be facing a long wait before any of them get to market. Pre-orders for Behringer’s Minimoog clone, the Behringer D, opened back in June, but isn’t shipping until early 2018. Its first analog synth, the $999 DeepMind 12, took several years to arrive.

Update, December 14: Behringer calls the products leaked “concepts” that may never be released.

In a post on Facebook, Behringer has claimed that the release of these product specs onto its website was down to an “unfortunate error” that resulted in “mistakenly posted information for a number of different product design concepts from our product management repository”.

“As we are owning the mistake, we also feel it’s necessary to inform the public about this error as a sign of good faith,” the company adds. “It was not our intention to mislead customers in any way nor use this as a marketing tool.

“To be perfectly transparent, the leaked information does not imply any availability at this time or even definitive evidence that we intend to officially develop or deliver these products in the future. At this stage, the leaked products are merely concepts and nothing more.”