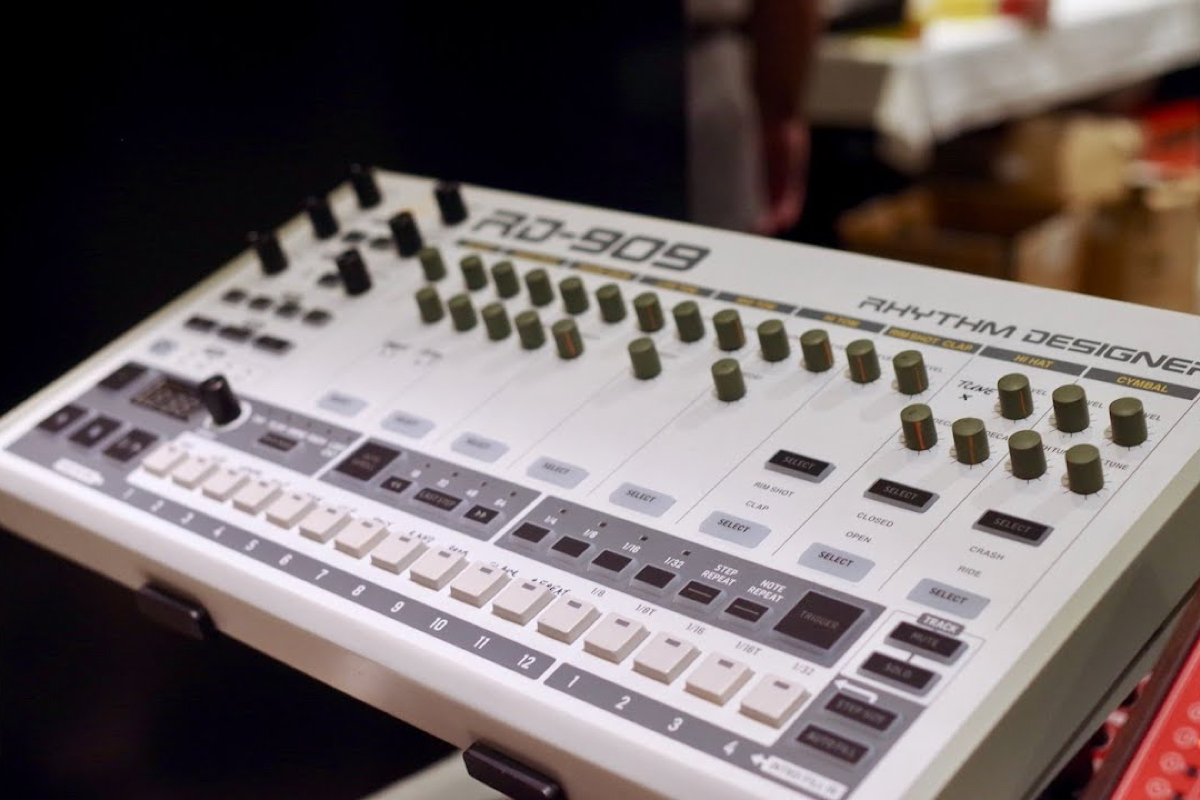 The clone, which has been christened “RD-909” by Behringer, was displayed at this year’s Knobcon show in Chicago in prototype form. According to Synthtopia, only a 3D-printed model of the instrument was shown as the circuitry and firmware are still in development.

As well as the same 10 drum sounds found on Roland’s 909, the Behringer version has independent analog audio outputs, a 64-step sequencer with memory for 64 patterns and 16 songs, an “Integrated Wave Designer” with individual attack and sustain controls and integrated dual mode filter.

The RD-909 is the second drum machine clone to be revealed by Behringer this year after the RD-808, a clone of – you guessed it – Roland’s TR-808. Roland already has its own replica 808 and 909 models on the market, but these instruments – part of its Boutique line – are considerably smaller than the original 1980s models.

Behringer hasn’t announced any release date for the RD-909, but it could be a while before it’s released – its Minimoog Model D clone took almost a year to hit shelves after it was announced in early 2017.