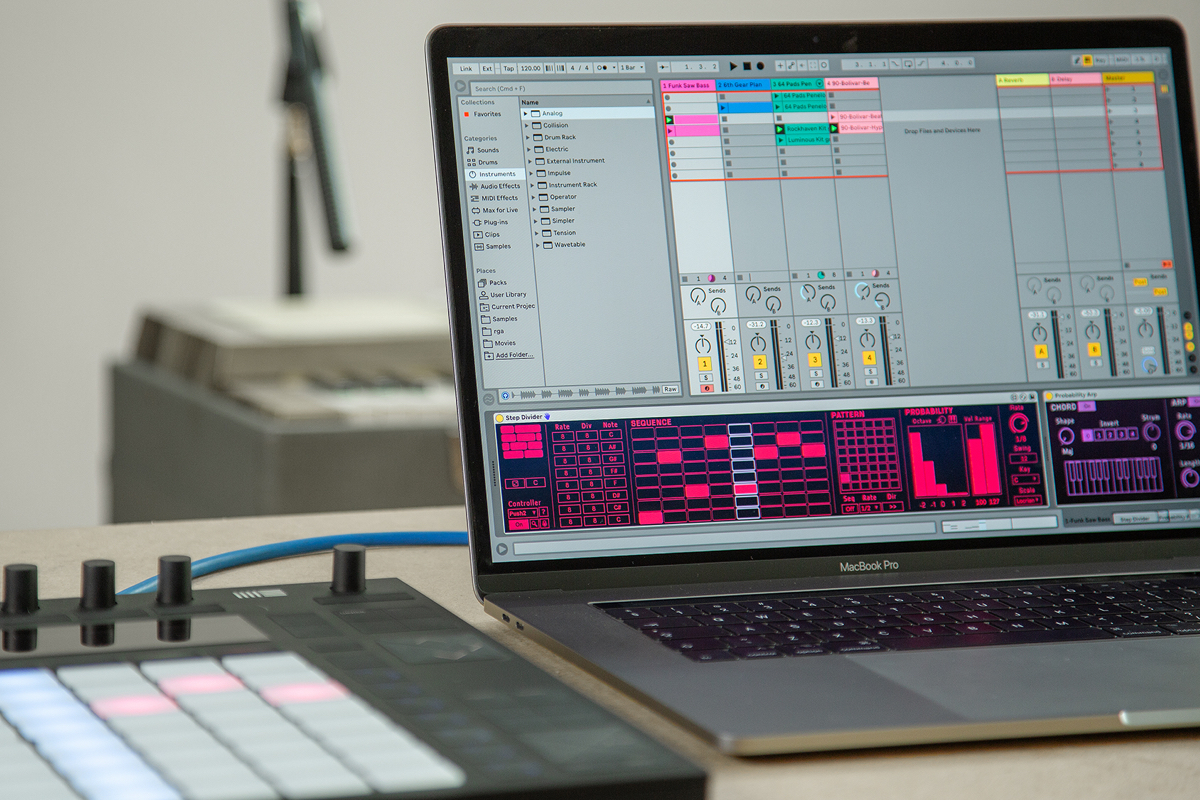 Ableton has released a free collection of goodies for Live 10 Suite users in the shape of its new Probability Pack, which includes a host of step sequencers and idea generators.

It also includes Probability Arp, which is an arpeggiator with a built-in chord generator; Step Divider, a polyphonic sequencer that can divide each step into any number of smaller subdivisions “for glitchy and chaotic results”; and Dr. Chaos, “a neural network that strings together notes and generates melodies in unpredictable ways.”

The free Probability Pack also contains 60 Ableton synth presets, Instrument Racks and settings for use with the sequencers. Each of the tools has been designed for Live’s Push hardware, but you can also use them without the device.

The pack is one of a few add-ons to have been released for Live 10 since the software was launched earlier this year. In June, Ableton released Creative Extensions, a pack of tools aimed at sound design.