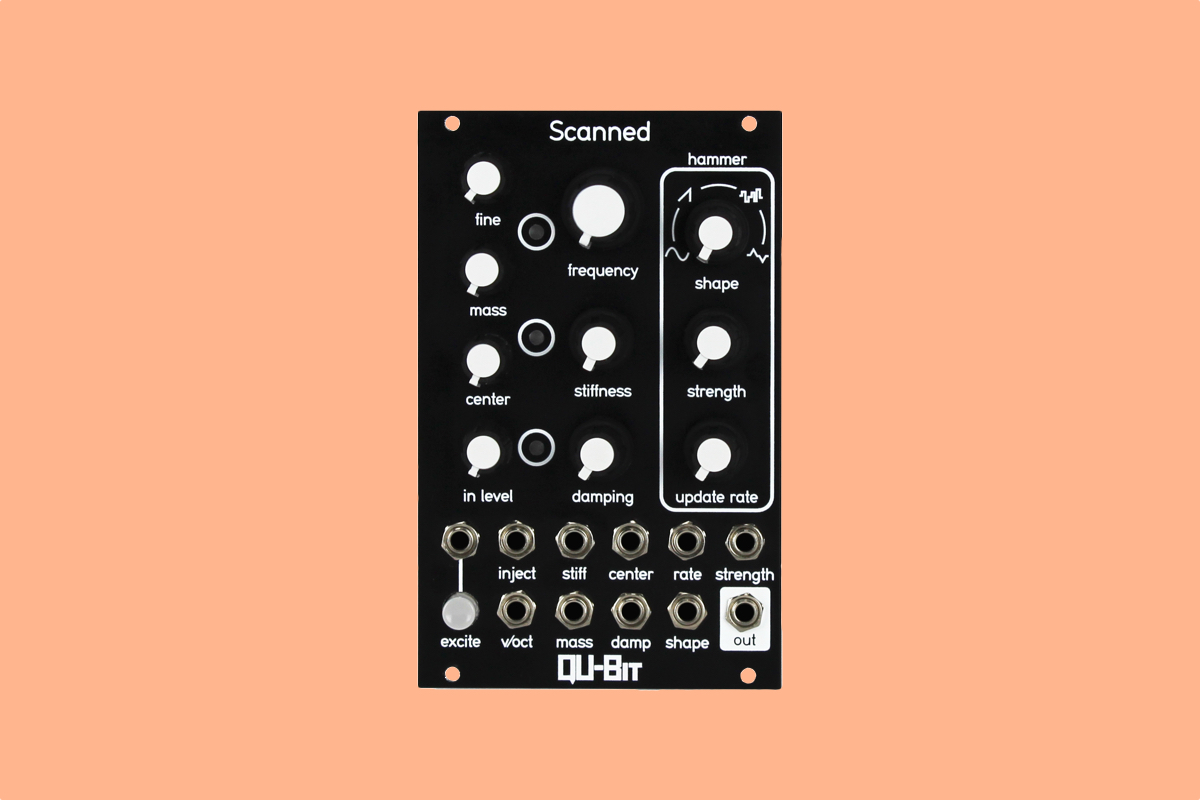 Qu-Bit Elektronix is taking hardware synthesizers into unexplored frontiers with the release of its next Eurorack module, which implements the little-known scanned synthesis technique.

The Scanned module is an “organic” wavetable oscillator that uses a technique developed by computer music pioneer Max Mathews, Bill Verplank and Rob Shaw between 1998 and 1999. The technique was developed to control and animate wavetables in real time, and while it’s been turned into a few VSTs and Pure Data objects, it’s never been used in a hardware synthesizer until now.

According to Qu-Bit, the wavetables inside Scanned are dynamically generated from a set of ‘objects’ with physical properties like mass, stiffness and damping, tied together with a virtual string. These properties affect the way the string moves through time, which, Qu-Bit says, puts the focus on creating new electronic sounds rather than the replication of acoustic instruments.

Scanned’s front panel also includes a hammer section that Qu-Bit says is used to animate the waveform and generate “evolving timbral landscapes” that contain harmonic movement without the need for external modulation. The hammer section also determines whether Scanned is a free-running oscillator, or a triggered sound source allowing it to function as a complete voice without additional filters or VCAs.

Qu-Bit has a reputation for designing weird and wonderful Eurorack modules. Aphex Twin has been spotted using the company’s arcade machine-inspired Tri-ger in his sets and the company last year released Pulsar, a burst generator inspired by outer space.

Scanned costs $349 and is available now. Find out more at the Qu-Bit website.