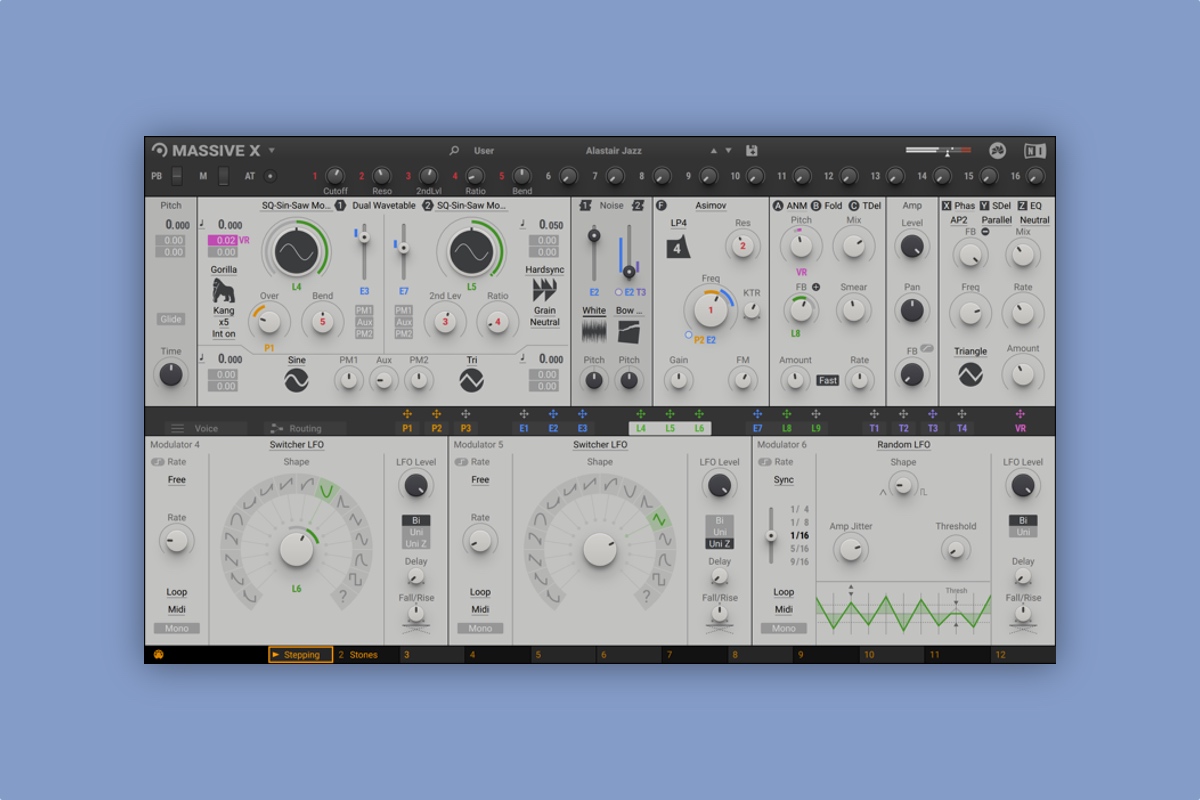 One of the most widely used synths of the past decade gets a facelift.

Like its predecessor, Massive X is a wavetable synth aimed at producers who want to make cutting edge sounds. However, Massive X isn’t an update to Massive, but an entirely new synth built from scratch with a fresh engine. Flexibility is one of the key selling points of Massive X, which offers 170 different wavetables for sound design, plenty of modulation options and 10 different oscillator modes.

According to NI, Massive’s routing engine has ben “completely rethought” for Massive X, which has the ability to connect any output to an input, and to route audio to or from multiple components at the same time. “The intuitive routing matrix makes creating complex patches and wild sounds possible with just a few clicks,” NI says in a press release.

NI’s original Massive synth was released in 2007 and, for better or worse, came to define much of the sound of EDM and commercial dubstep (just search “massive dubstep bass tutorial” on YouTube for proof of its influence). Although it’s still a versatile synth with a deep engine, it’s arguably looked a little long in the tooth for years now, especially next to some of NI’s recent synths like Reaktor 6.

Massive X is available now for €199/$199, though existing Massive owners can upgrade for €149/$149. It’s also included in all versions of NI’s Komplete 12 bundle – existing owners of that will be able to download Massive X now via Native Access.