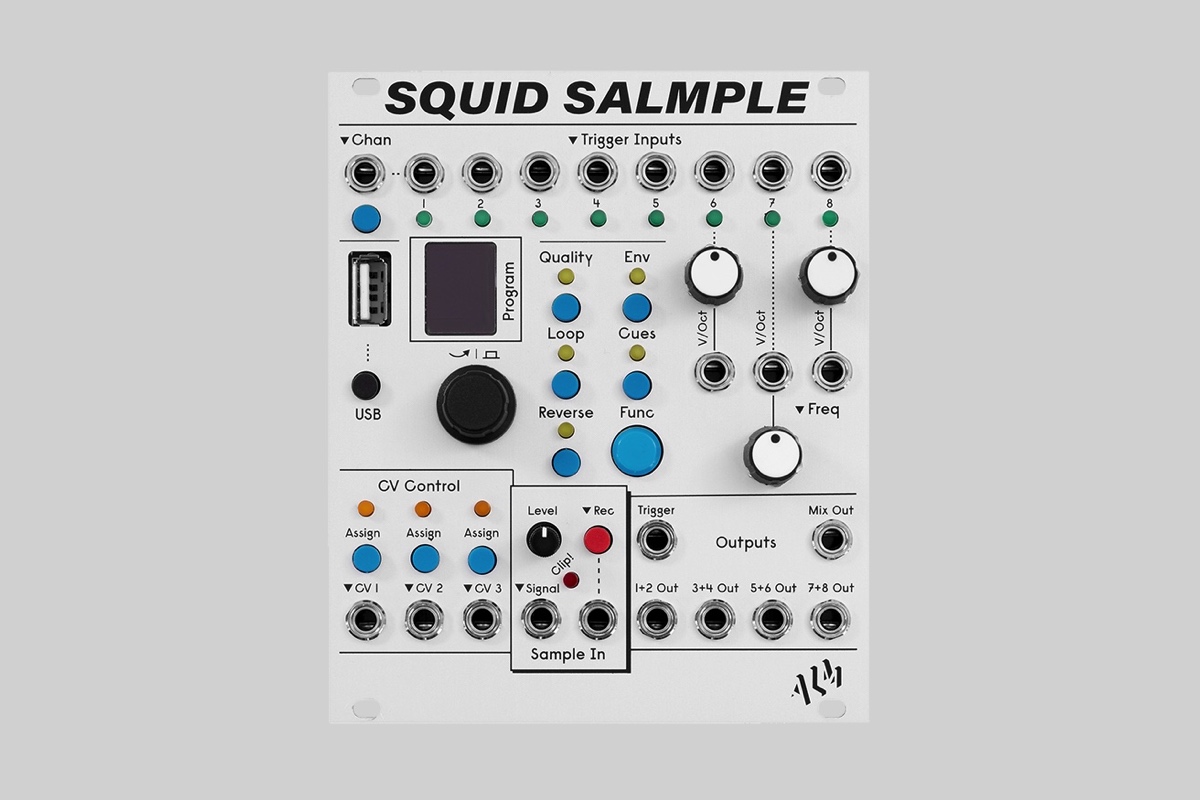 A prototype of Squid Salmple was first revealed at Superbooth 2018 and shown in its final form at this year’s show. According to ALM, the module is designed for “immediate real time sampling, editing and mangling” of both audio and CV. It has CV control of all parameters and sample banks can be switched on the fly.

It costs £399, which also gets you a USB containing 90 banks of royalty-free samples. As well as recordings of classic drum machines, synths and field recordings, artists including Lauren Flax, Dungeon Acid, Sasha Lewis and Andrew Duff have designed their own kits for the device.

The Squid Salmple is the latest in a long line of unconventional Eurorack gear from ALM, which has previously released synth modules based on old FM sound chips and a low pass filter based the design of that found in the Akai S950 sampler. Check the ALM website for details of stockists.

At Superbooth 2019, ALM also revealed a device for syncing Eurorack systems to Pioneer DJ CDJs, though there’s no details yet as to when we can expect that to arrive.