Synths, drum machines and sequencer in one box.

Roland has revived its MC Groovebox series as part of the AIRA line with two new models: the full-size MC-707 and portable MC-101.

Roland’s original Groovebox models offered a way for DJs to make a track with just one piece of gear, incorporating a sound module capable of replicating classic Roland drum machine and synth sounds alongside a sequencer. The new range follows the same principle, but features a more sophisticated sound, sampling and hardware engine that turns it into a mini home studio.

The MC-707 looks a lot like Roland’s AIRA TR-8 and TR-8S drum machines, with the addition of a screen for displaying parameters, synth modelling and sequencing. The sequencer layout is slightly different too, with pads instead of buttons. The MC-101 doesn’t have a screen and only allows for four tracks instead of eight, but both use the same sound engine.

Roland’s ZEN-Core sound engine isn’t a straight virtual analog system, instead using mixture of PCM samples and virtual analog modelling. It’s a similar in principle to the company’s D-50 digital synth released in the late ’80s, but the ZEN-Core engine is more advanced and features presets that emulate Roland classics like the TR-808, TR-909, JUNO-106 and SH-101. 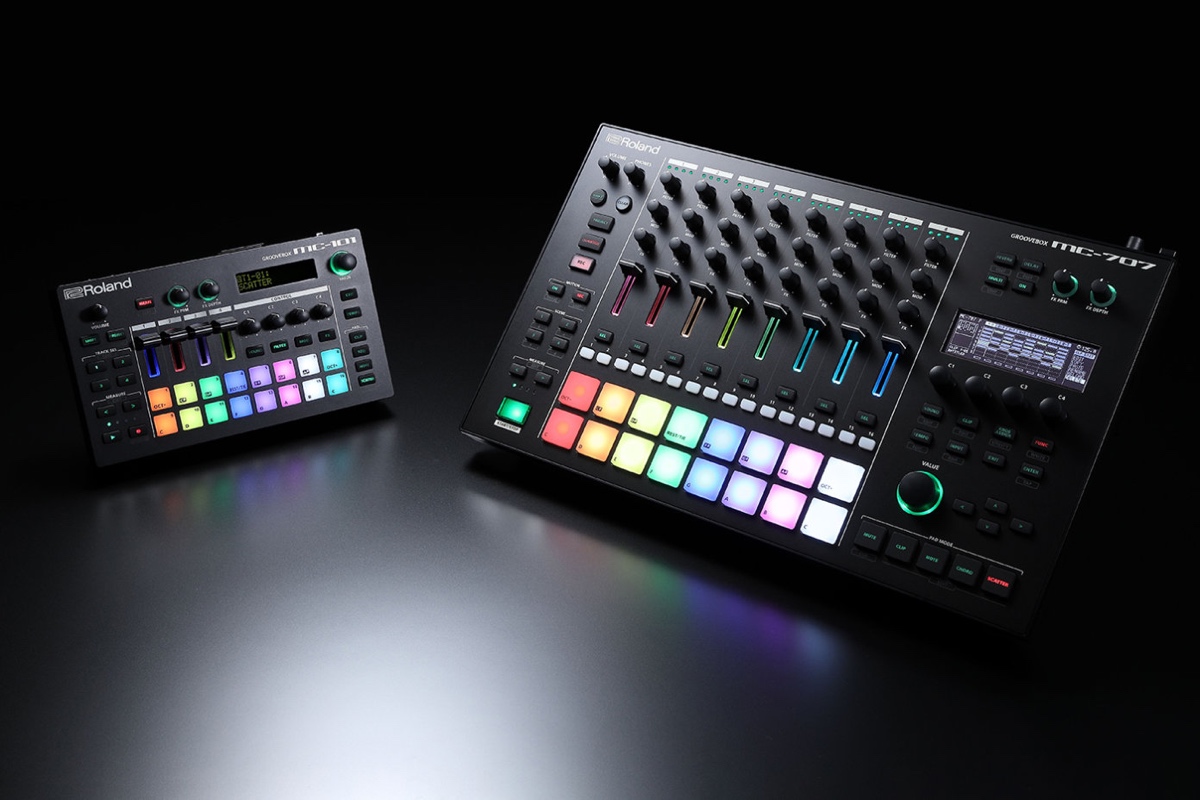