A masterclass in live turntable composition.

For the fourth in in a new series of live sessions filmed behind closed doors by Fact at 180 The Strand, we invited composer and electronic artist Shiva Feshareki to present a new work, ‘Turning Tides’, performed with turntable, CDJ, mixer and Space Echo.

As Feshareki tells Fact, ‘Turning Tides’ is a dynamic composition that she composed live, in-the-moment by feeling the living energy of the space. Using her defining signature of orchestral manipulation – an ability to morph and reshape entire orchestras into new forms of live electronic sound, she creates a “de-orchestration” of her own material.

The source material of the piece is based on her spatial composition Opus Infinity (2019/2020) and her New Forms LP (2019). Feshareki continually recycles her existing material into new works, and these compositions themselves grew from transformation of her previous electronic and acoustic compositions, including orchestral pieces O (2017) and GABA-analogue (2018).

As Feshareki explains, the end result is a continuous state of motion in her own material through time and place. “‘Turning Tides’ therefore continues the journey of reflection and transformation through the circular motion of spinning discs and moments in time,” she says.

Shiva will be premiering her new composition ‘The Torus of Revolution’ at Hellerau Arts Centre in Germany on November 6. It will be the first from her new series Liquid Architecture: Sonic Sculpture in Motion, a series of highly immersive solo live electronic works that utilise state-of-the-art 360-degree ambisonic technology. 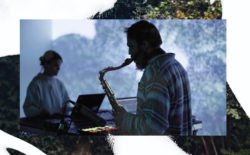 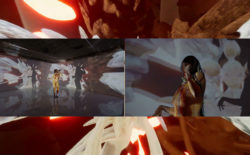