Carsten Nicolai discusses his latest album, Univrs, collaborating with Byetone, and music speaking for itself 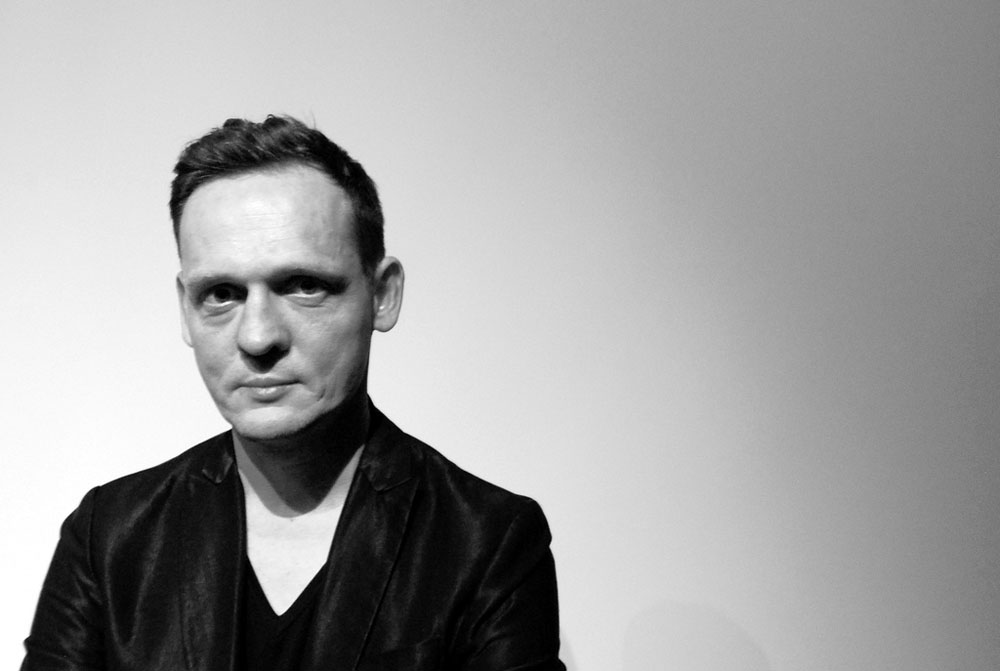 Carsten Nicolai, who recorded initially as Noto before adopting his current Alva Noto guise, is a true original.

With a singular creative vision that has deepened and developed through myriad releases and collaborations, and an auteur-like control of the Raster-Noton label he co-founded, Nicolai used to be the preserve of The Wire and small Continental galleries, but recently the world at large has begun to take notice. These days Alva Noto records are frequently charted and cited by the many less obviously conceptual artists they’ve influenced, whilst his label – which covers ground from steely minimal drone to bass-heavy beat science – is widely known and regarded as an electronic music stable of unparalleled stature and importance.

Late 2011 saw the release of Univrs, perhaps Nicolai’s most satisfying Alva Noto album to date – cohesive, and with a strength of narrative that’s rare in experimental music. FACT’s Ruaridh Law spoke to the German artist about its conception. 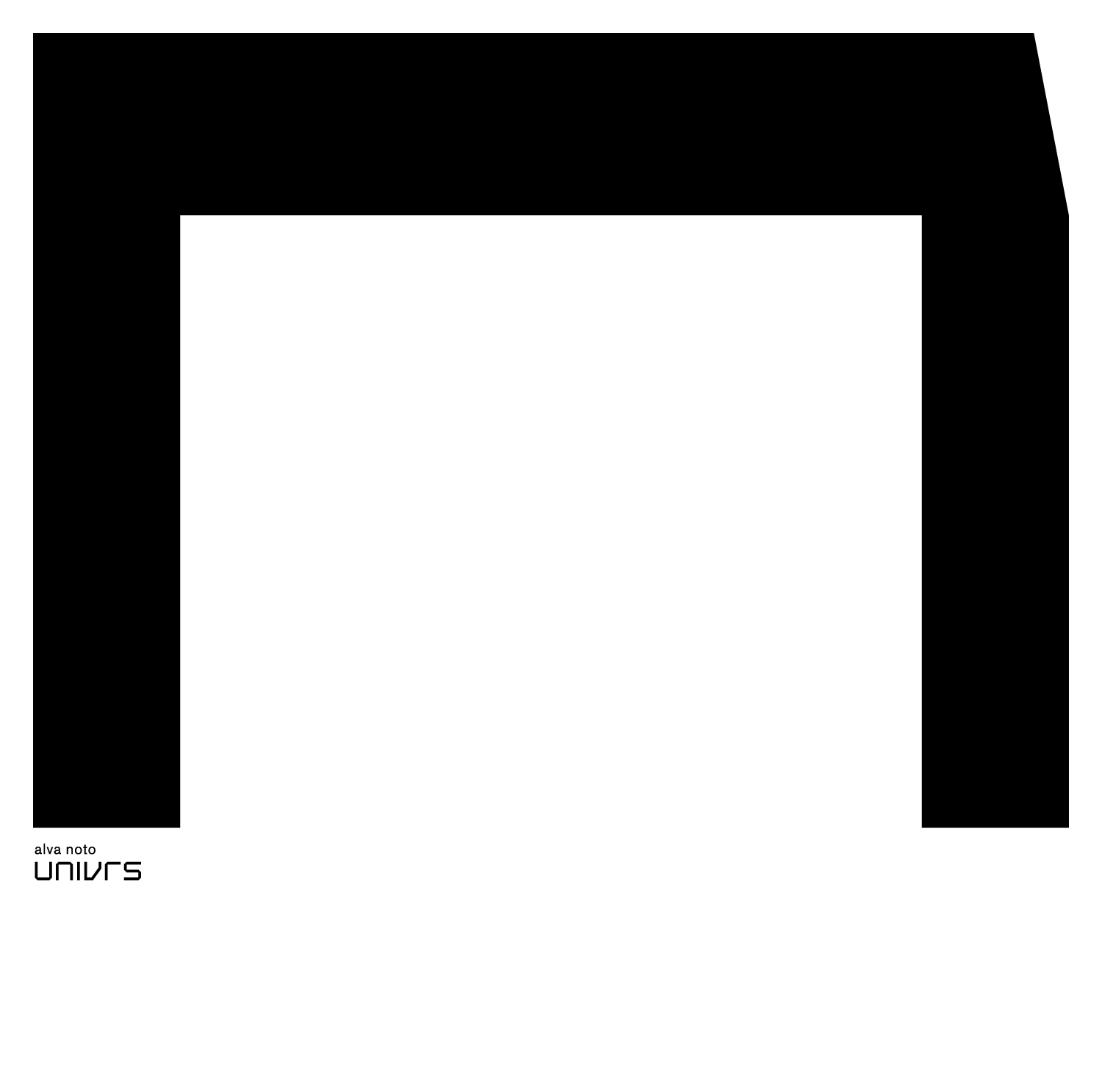 What were the origins and aims of Univrs?

“Basically Univrs is a continuation of the Unitxt idea (the previous album in the series) – the concept of units, universal language and so on. One of the main facts that is often ignored – in reviews, et cetera – is that the album grew very much out of a live context. As I say, units and universal language are what I’m interested in, but the driving force behind Univrs – why I made it – is that I played a lot of club sets, for example a Japanese club tour for Unitxt three years ago, and I continued working on that idea. Univrs is a continuation of the process.

“The tracks therefore weren’t really developed in a studio context, but in a live context. You can hear that – the dynamic and energy of the pieces – compared to studio work. It was actually recorded in a studio tough, and there are differences from how I would perform live – but you can still hear that it came from the live situation. I often work when I travel, and develop tracks for live sets, and I realised that I had more than 40 sketches, untried and developed for my live sets, and so I decided to record them.

How exactly does the new album fit into the conceptual curve you began with Unitxt? Are there further albums in this series to come?

“It’s a continuation of the Uni theme as begun on the previous album. If you look at the covers, you can see the progression – U on Unitxt, on this one N – as in a series developing, similar to my previous Trans series and the Xerrox series. I like to pick a topic and circle around it, explore it, which can often give rise to a concept of series to develop the ideas. I’m planning to invite people to remix some tracks, as well as some remixes of myself. I’ve realised that there’s a lot of flexibility when playing out – there’s room for other interpretation. There will be a remix album released as a result, in early 2012.”

“Music can speak for itself, and that’s the great power of music. I don’t want to steal that aspect of it away by putting concept over it.”

How does this series compare to your Trans and Xerrox series of releases?

“The initial series was the Trans series – the Transform album and three EPs – and it was based around the idea of transformation. Uni is a continuation in a way, as it also deals with the idea of transformation or a universal language of reference based around rhythmic grids. The Xerrox series stands alone, as it is more melodic, with no beats involved – working through the idea of interpolation, and copying things, distortion and noise, different file formats. Noise had a big input into Xerrox.”

Does the listener lack something in not knowing the concept behind this release – or indeed your others – or is it possible to enjoy them fully at face value, without the conceptual underpinning?

“No, it’s probably not necessary; more necessary for myself. I circle around and explore topics. As you know, when you release an album, you’re obliged to give some background information out via a press release – the motivation or topic – and if I feel it’s really important to communicate that to the listener then I’ll communicate it to them via sleevenotes; but I think in the first place that music can speak for itself, and that’s the great power of music. I don’t want to steal that aspect of music away by putting concept over it. And I think that you can really feel on Univrs that it’s absolutely not necessary to know the conceptual background – you can really just listen to the tracks.”

In this work – and previously – does the concept come before the work itself, or do you fit the ideas around the music you’re already making?

“Mostly it comes together. When you work on a track, you realise that you are always surrounding some kind of idea. And I’d say ‘surrounding’ specifically, as it is like you are circling around a centre point, and you can’t define it. This movement or circling around – the feeling – makes you realise that there is a theme, or something that attracts you, something that keeps the energy going into it. And this energy, by the time you record or perform it, makes it more and more clear what idea it is that you’re circling around. It’s a parallel process, of both working on the music, and why it is that you’re working on it, what is developing.” 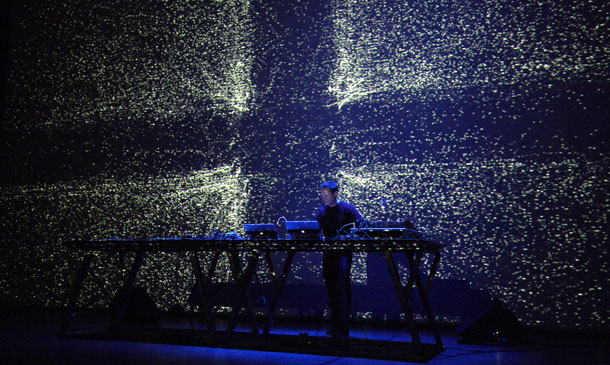 Do you have any plans to work on more gallery-based projects in 2012?

“Yes, of course. This year I will have shows in Italy, Japan, two in London – it always continues. I have an installation planned for 2014 – this work is much more long-term – and it needs much more time to prepare.”

How do you describe what you do to others who aren’t familiar with your work?

“I don’t describe my work to other people, as I really don’t feel it’s necessary; I think that there’s so much written material about what I do, that if you’re interested in what I do there’s plenty there to help you explore it. However, as I’ve said already, I don’t think that it’s necessary to know the details or background from the beginning. You can just like it, and then afterwards explore the layers or concepts.

“If I had to very briefly describe what I do, then I’d say Im an artist; I work with light, sound, installations and visual work – and these works are connected, or synchronised, or have very close boundaries.

“Through these I circle through the topics that interest me – self-generative processes, languages, abstract languages, what abstraction is, universality of thinking and language.”

“What interests me are self-generative processes, languages, abstract languages, what abstraction is, universality of thinking and language.”

“You’ve become known for your collaborations as much if not more as for your solo work. What do you enjoy about working with others?

“I think at the moment I’m going to concentrate more on solo work, and this is a reaction to the intensive collaborative work I did in 2010: with Ryuichi Sakamoto, and touring and performing with Blixa Bargeld. I feel I’d like to step back from these; I’ll do more shows if specifically requested, but will concentrate on my solo work for some time to come.

“The process of collaboration is not an easy one;  you need to work together to create something that isn’t possible as a single person, and you shouldn’t be creating a collage where you just stick one thing on top of another. It should be more like a mixture, where you’re mixing the paint into new colours. If the colours are just sitting there next to each other, that would not be so interesting. Each collaboration needs its own working method.”

Do you have plans to revisit any of your past collaborations, or do you have any new ones planned?

“The only collaboration that I can think of, and that has been a long time coming round, is working with Olaf Bender [Byetone]. We’ve been planning to do something together for a long time. We perform often together, and there are moments when we have great energy on stage, and we have the idea to catch the energy into a project. We did it recently again, in Japan, and it was really amazing again, and as we’re performing together in very small-scale improvised situations this is something we’d like to explore more of.”

You’ve performed, at one extreme, at the Bloc festival and Berghain this year, and at the other extreme in galleries and more sedate surroundings. Which, if at all, is the best way to experience your music live?

“I think it only shows one thing; it shows that the venues are not important, but rather the audience that’s important. It shows that you can perform our music in clubs as well as an opera house, and it shows that this isn’t a music which is specific to being possible in one environment; and I think that that gives great possibilities and a great wide open situation, and we love that we have this flexibility to work with an orchestra, for instance, and in the next moment play in a small club in Tokyo. This is a great opportunity, this balance or polarity as I would call it – it creates a very creative situation.”

There is a tendency for the press to talk about your music as austere, cold, clinical, precise and so on. How do you feel about this? Are these accurate terms?

“I don’t think so, but I’m interested to read that people think that. I’m sometimes very surprised to learn that people think that. Perhaps compared to other musical forms it sounds minimal, or clinical, but once you listen more closely you can discover a lot of emotional moments in this kind of music. And perhaps after this in-depth listening the initial impression of hearing clinical or minimal sounds will disappear.”