Earth on fairy encounters, cunning-folk and music as collective experience

Dylan Carlson, sole constant member of the band Earth, is rightly revered as a legend, an artist whose work has repeatedly transcended boundaries and challenged convention. Having first appeared on the margins of the early 1990s’ grunge scene, his creative fortitude and lack of compromise have seen him become more widely acclaimed and listened to […] 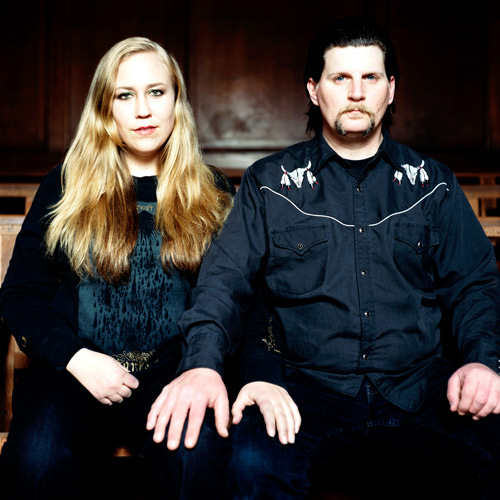 Dylan Carlson, sole constant member of the band Earth, is rightly revered as a legend, an artist whose work has repeatedly transcended boundaries and challenged convention.

Having first appeared on the margins of the early 1990s’ grunge scene, his creative fortitude and lack of compromise have seen him become more widely acclaimed and listened to over time, while contemporaries like Soundgarden, Alice In Chains and Nirvana have collapsed or withered away. Having released a run of hugely influential albums on Sub Pop, Carlson and his cohorts disappeared in 1996, only to return in 2005 on the Southern Lord label, most of whose bands owe a great debt to the heaviness and drone-focus of Earth. With the second part of their Angels of Darkness, Demons of Light album sequence imminent, not to mention an intriguing solo project concerned with faeries and spiritual visitation, Carlson and his wife Adrienne Davies, also the band’s drummer, spoke to FACT’s Robin Jahdi about Earth 2012.


“The whole project has this arc of composed to free; American forms to British forms.” 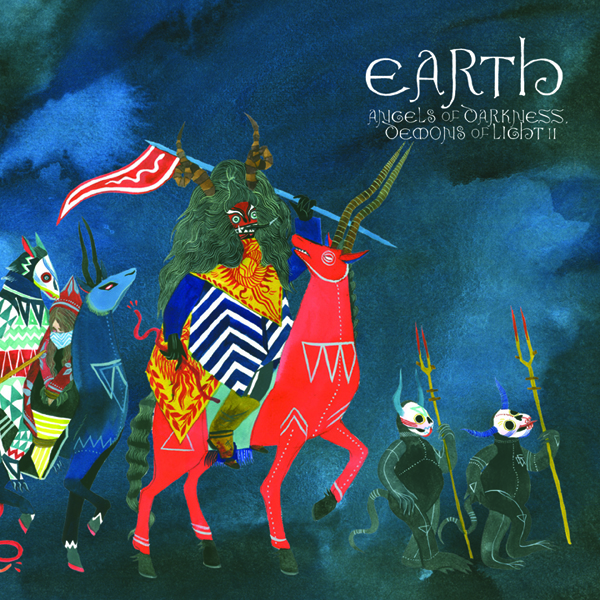 Are you still excited about Angels Of Darkness, Demons Of Light II as ‘new music’ even though its songs were recorded some time ago?

Dylan Carlson: “Yes. We haven’t played the songs on any of the tours over the last year, so I’m looking forward to playing them live, where they’ ll evolve in new ways.”

Adrienne Davies: “It’s still fresh, and it’s given me time to think about how I’ll approach the songs live.”

Have you gone back to the record in the last year and altered it, with the luxury of retrospect?

DC: “No, it is now as we mixed it last year. I don’t believe in going back to recreate albums, we can change things with the live performance, but the record is what was done then.

The first volume of Angels sounds more bluesy to me, while the new album seems more aligned with the late 60s/70s English folk rock music that I know you’re interested in.

DC: “I’d agree with that assessment. The arc I see is from composed songs like ‘Old Black’ and ‘Father Midnight’) through to completely free [improvisations] like ‘Angels of Darkness, Demons of Light I’ – the second album is a continuation of that title track in that it’s all improvised. Also the looser tracks remind me of Pentangle who had the folk chops combined with the jazz chops of the rhythm section. The whole project has this arc of composed to free; American forms to British forms, and then ends on a wildcard, ‘Rakehell’.”

AD: “The order of the songs is always important to both of us. We both worked on the arc of the project. The first half is more dark or sinister, while the second is more hopeful.”


“The metal audience is more broad-minded than people give them credit for.”

As you’ve been sonically distant from doom and certainly metal for a number of years now, do you feel your music would benefit at all from being on a label less associated with these things?

DC: “Southern Lord has been extremely good to us, and so has the metal audience. I think they’re both more broad-minded than people give them credit for. I think we’re lucky that we’ve kept a core audience, yet continue to expand with more and more diverse people being interested in us. I think we transcend any genre and that the non-metal audience and press are catching on, or have been for some time. I look forward to as many people as possible liking us.

“I think people are interested in music that is performed on ‘real’ instruments and in bands that can play their music live, without using backing tracks and dancers, etc. I think live music is becoming increasingly important as we watch the paradigm of the ‘recording artist’ pass. In the very near past there was no distinction between ‘musicians’ and ‘recording artists’. Then the commodity – the recording – became more important than live music. Now that the recording of albums has become devalued thanks to cheap digital recordings, auto-tuning, etc., and little or no effort is put into packaging, it’s no wonder that people only want to download ‘ringtones’ and ‘singles’.

“We try to make albums that are well recorded and well packaged, something of lasting value, and bring it to life in a live situation. Also I’ve always considered the audience as an integral part of the live experience; I don’t understand bands that treat their audiences in a hierarchical or condescending manner.”

AD: “There’s something to be said for being the ‘odd man out’.” 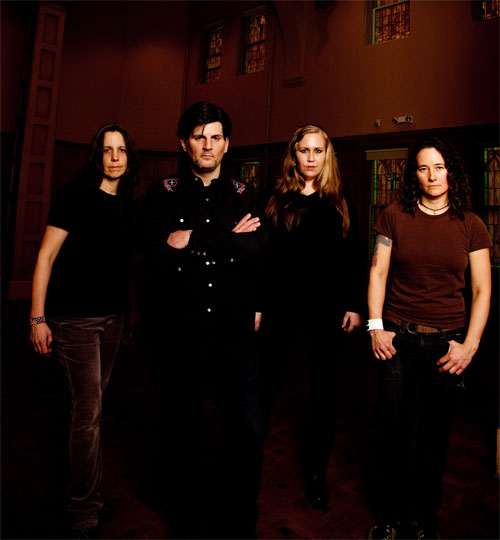 Your music has, over the course of Earth’s ‘rebirth’ on Southern Lord, grown somewhat lighter, for want of a better word. Hex was very dark at times. When we last spoke, I mentioned that it sounded like the mountains would: massive, timeless and spectacular. While the songs are no shorter, perhaps due to a growing comfort with playing clean, they now sound more personal, more human, than before.

AD: “Hex seemed to be created by almost “impersonal’ and ‘external’ forces, each album since then has felt progressively more intimate and personal.”


“I’ve developed a subtler playing technique, and I hope I’ve become a more open and less egotistical human as well.”

Of course, one of the major developments since you returned in 2005 is your embrace of faeries, or the ‘fair folk’ – an interest in documented on your blog. While Hex seems as American to me as There Will Be Blood in its evocation of stark landscape, tough times and the old West, the Angels Of Darkness, Demons Of Light sequence – at least in its art and song titles – seems more in tune with old England and the eccentricity and history that comes with that. Can you tell us a bit about how you became so interested in the fair folk? 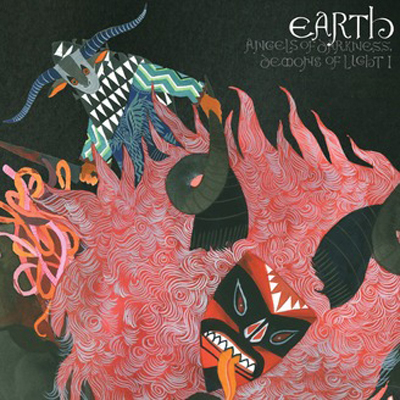 C: “It started with re-listening to Fairport Convention and Pentangle. Reading Susannah Clarke, followed by a personal experience of an ‘entity’, or ‘spirituall creature’ as Dr. Dee would term it (one I view as a fairy or a dead person ‘translated’ into a fairy). Then much reading and listening to Anne Briggs, Mr Fox, and others. I have always had an interest in the occult and history – specifically English, partly because of my own primarily Scotch/English heritage – and lots of interests in folklore. A second experience this year confirmed this course of activity as being an interesting and ongoing ‘quest’ of sorts.”

On a similar note, Dylan, you’re working on a solo album, funded by your fans [more information here], called Wonders from the House of Albion. Described as “field recordings from various megalithic and other sites of human/fairy encounters across the UK'”, it seems to be a departure even for you. Is this something you felt you had to do on your own, and away from Earth and Southern Lord?

DC: “Now that Earth is more collective in intent – although I guess that I am still the main ‘conceptual’ component – and that I don’t know what exactly will inspire the next Earth album, this seemed the best route. The highly personal and idiosyncratic nature of the project seemed like something I should pursue on my own, yes.”