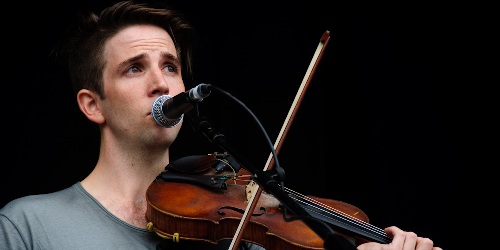 The musician formerly known as Final Fantasy is working with the nu-metal band.

Canadian musician Owen Pallett has been tapped by top-selling alt-rock band Linkin Park to do arrangements on their latest project, a followup to their 2010 album A Thousand Suns.

“He’s incredible”, Linkin Park frontman Chester Bennington told Spin in praise of Pallett. “You send him notes and he’s immediately like, ‘I just sent you the track. Like, five minutes ago. It’s done.'”

In addition to his own albums, Has A Good Home and He Poos Clouds (as Final Fantasy) and his most recent, 2010’s Heartland, released under his own name, Pallett has done arrangements for Arcade Fire, Pet Shop Boys, and the Mountain Goats, among others.