Protect-U on the D.C. underground, 707-bashing and five records that made them what they are today

Protect-U were a bright, brilliant and understated surprise when they appeared on Vibe 1, the first compilation release from the rapidly growing Washington DC label Future Times. Their contribution, ‘Protection’, was a droney, harmonically phasing, sitar-accented take on house, its slow-motion, earthy sound something both familiar and exciting. Certainly it felt like an alien presence […] 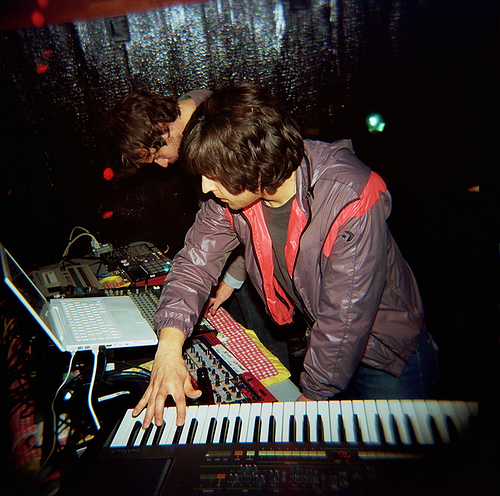 Protect-U were a bright, brilliant and understated surprise when they appeared on Vibe 1, the first compilation release from the rapidly growing Washington DC label Future Times.

Their contribution, ‘Protection’, was a droney, harmonically phasing, sitar-accented take on house, its slow-motion, earthy sound something both familiar and exciting. Certainly it felt like an alien presence amid faster, more rigorously produced and block-structured dance music so prevalent at the moment.

The Protect-U releases that followed swiftly after built upon the promise of ‘Protection’: in ‘Double Rainbow / Toughen Up’ and third outing ‘World Music’ Aaron Leitko and Mike Petillo lovingly wove vaguely New Age orchestration around constantly shuffling meters and thundering rhythms, resulting in a sound somewhere between dub and dreamy Chicago house.

With their new single ‘Motorbike’ out next week on Planet Mu, it seemed a good time for FACT to catch up longtime friends and collaborators Leitko and Petillo, the latter a co-founder of Future Times. Speaking with Leitko on a brief break from his job in the US capital, a modest, ambling story unfolds that betrays the distinctly otherworldly music they create.

“In, I guess, late 2008 we were wanting to make music together again,” he says. “We’d played in bands before, more rock stuff, but by the time we started again our tastes had kind of changed.”

As part of a varied group of friends (including Andrew Morgan of PPU Records) exploring music other local DJs were passing up, Leitko and Petillo started to construct their own distinct local niche scene around their day jobs. Unexpectedly, it would go on to define Washington DC as one of the most interesting, not to mention unexpected, hubs of new US club music. 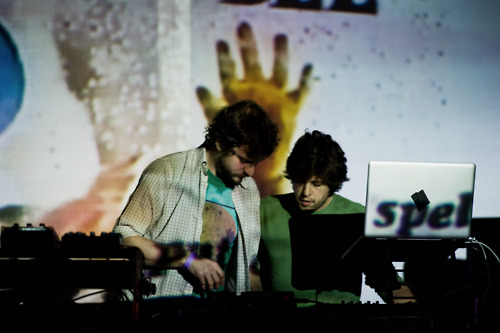 “D.C. was kind of a doomy, gloomy place at that time,” Leitko continues. “Lots of brutal psych/noise music was going on. But we’d all started listening to more dance music. Andrew [Field-Pickering, aka Maxmillion Dunbar] and Ari [Goldman, half of Beautiful Swimmers alongside Field-Pickering] had started DJing out a lot. They mixed things unique to their tastes, like krautrock and older house music, but they always had this bright, splashy, Compass Point Studios sound. Then Andrew and Mike started Future Times around the time he and I were also looking for ways to make new things.”

Leitko is open about how little they knew of what they were attempting at the time. How he and Petillo worked together to hook up a Roland TR707 drum machine to a computer MIDI sequencer in a closet space is summed up simply as “a lot of pushing buttons until something felt good.” 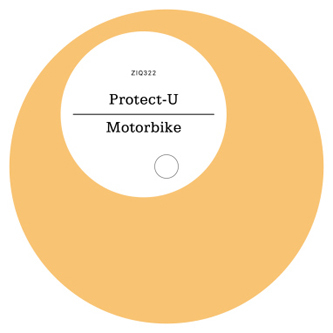 “We probably did that for a year before we came up with anything we liked,” he continues. “We don’t want to sound specifically retro or anything, but there’s definitely a fondness for some of those old tones. Like, I enjoy writing on older drum machines because they present you with restricted creative options.”

Since then, through a combination of new hardware, as well as equipment borrowed from their group of friends, Protect-U’s studio set up has expanded somewhat. The advances are palpable on later releases such as their stunningly textural 2011 remix for DJ Yoav B and the extremely rare white label Protect-U EP. However, Protect-U’s worldy style remains distinctly theirs.


“Where you live really decides what you hear.”

The originality appears to come from realising ideas already embedded somewhere subconsciously. Crate-digging is arguably the root of everything. Discussing record shopping, Leitko raises an interesting point about searching out music not just with a group of likeminded people, but in a small geographical area.

“Where you live really decides what you hear in a way, because you’re buying the second hand records of everyone else who has ever lived there. These releases get churned through a scene forever, so while you’re picking out the things you like personally, as far as digging goes it’s actually also part of what the larger community presents to you.  It’s cool that this can be localised in a way.”

With this in mind, FACT decided to set the pair the purposefully tricky challenge of selecting just five records that could sum up the influences behind Protect-U and comment on them in their own words. 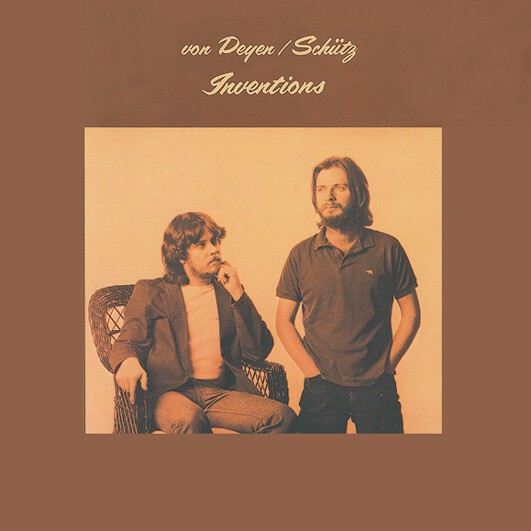 MP: “From a terrific LP a bunch of us plundered from a foolishly-managed record store in the DC area before they went out of business. Sky Records in 1983 equals the perfect combination of palm-muted kraut guitars and bubbly drum machines. It would be great to play this riff alone standing on-stage in an empty stadium, without having a fucking care in the world. Also, I’ve always been tempted to rip-off the cover art (the dudes already pretty much look like Aaron and I anyways).” 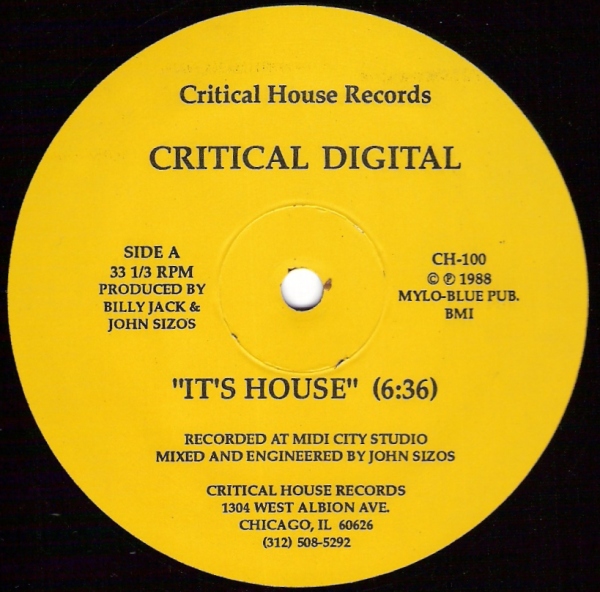 MP: “A lesson in pure economy and as nasty as it gets. Nothing else needed in this one. A wild time in American music history.” 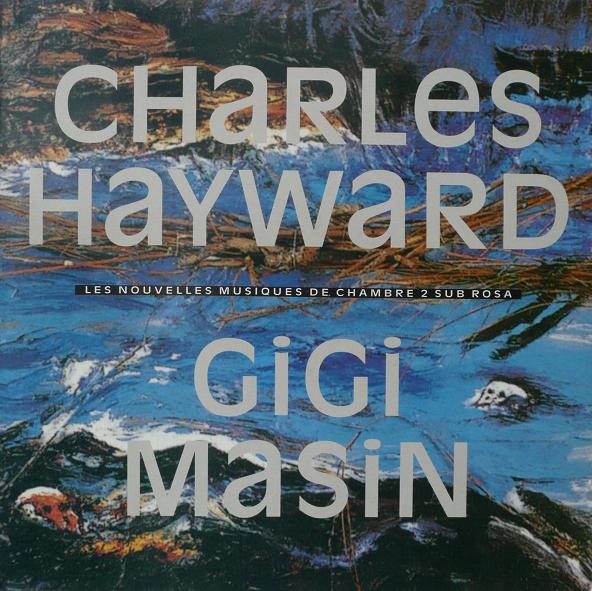 MP: “Simply put, one of the most beautiful pieces of music ever. A complete immersion in sound. The chord progression is crushing and the piano melody is colossally sad, but there is real hope embedded between the notes. It reminds me vividly of when I first moved to DC in 1999.” 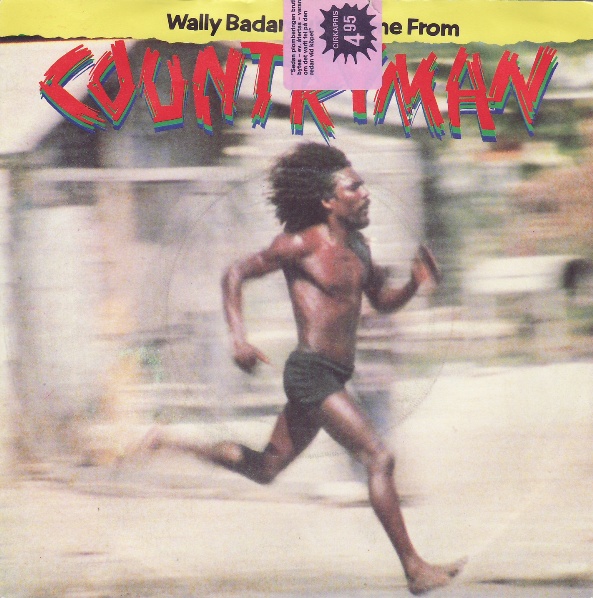 AL: “Not too long ago Wax Poetics ran an interview with Wally Badarou – a synth-guru and one of the in-house producer/musicians at Compass Point Studios in the Bahamas during the ’80s – where talks about his approach to making electronic music, saying something along the lines of, ‘I thought my forte was to make the synthesizer as human, as flexible, and organic as possible.’ I think this track really nails that idea. This song gets the wobbly human feel, but doesn’t come off like a guy trying to use electronic instruments to stand-in for a live band (which is the worst look ever) because the sounds are so foggy and processed.” 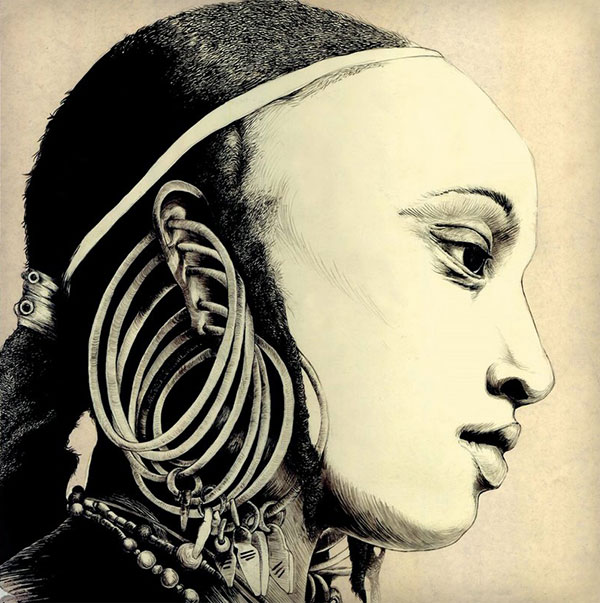 AL: “We played some of first shows with Russ and Leah of Blues Control, but even before that I was a big fan of their music. It’s such a singular combination of elements: blooze-rock drum loops, New Age nods, and piano playing that sort of name-drops Vince Guaraldi as much as Erik Satie. Pretty zonked-out stuff.”