BNJMN on why naivety is the root of originality 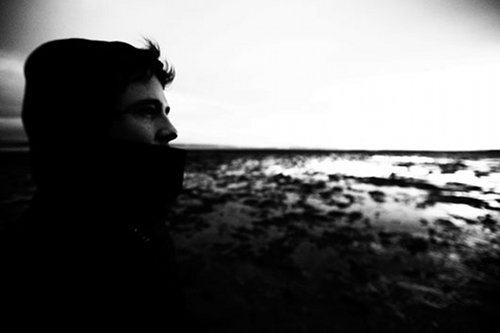 Sometimes, as Singing Statues, he makes woozy vocal-led shoegaze. On other occasions, he’s clubbing up with Teebs and crafting gloopy boom-bap as Jackhigh. His best known (and, we’d argue, most effective) nom de boom is BNJMN, a project that’s already granted us two cracking albums of winsome, effulgent house music. Plastic World and Black Square painted a picture of a producer willing to muck about with texture, but keen not to jettison melody and immediacy in the process (a point amply made in last year’s FACT mix) His recent Unknown 2 EP, meanwhile, saw Thomas toughen/tighten up his sound considerably. Speaking in the hours before his debut North American show at MUTEK, Thomas opened up to us about identity-play, Neil Young and “failed attempts at making Theo Parrish tunes”.


“Being open and naïve can help you create something completely original.” 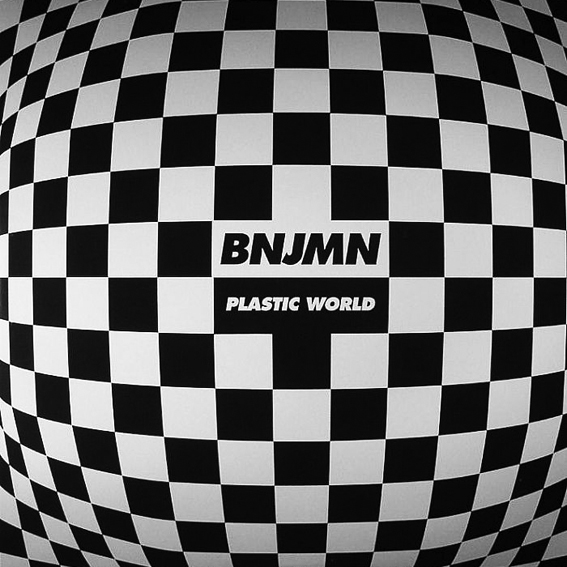 This is the first time you’ve brought the BNJMN project to Canada. What’s it like making the jump from being a bedroom producer to being a worldwide proposition?

“[Laughs] It can be quite daunting at times. I’ve played in Europe, but coming all this way to do the live set is a little bit daunting, but it’s really exciting as well. I’m really looking forward to it. It’s literally just been Europe so far: Berlin, Italy, Spain, Denmark.”

Is there anyone that you’re hoping to catch now you’re here?

“I was really up for seeing Shackleton, but I got here a bit late. I’m going to check out A Guy Called Gerald tomorrow, and Tim Hecker as well. I just saw Alex Smoke – he said he’s playing Sunday night, which I’m going to miss, unfortunately.”

Are you looking to trick out or rework your set for the occasion?

“I have changed a few things. Not drastically – it’s still very much BNJMN material, I’m not doing a side project or anything like that. It’s 100% BNJMN stuff.”


“Maybe I’ve fragmented everything a bit too much, because I’ve got like four aliases now.”

What do you feel BNJMN enables you to do that you can’t with your work as Jackhigh or under another alias? Is there an ideology, as it were, behind what BNJMN allows you to do?

“The majority of it is 4/4 based music, be it house or techno. I’m really into dance music, but I’m still quite naïve about the whole thing, which is why it comes out quite different. It was just a natural progression from what I was doing as Jackhigh. The more I got into electronic music, the more I found out about people like Theo Parrish and Efdemin, and it just made me want to create that kind of music. A lot of it is just failed attempts at making Theo Parrish tunes that sound nothing like him! [laughs]”

The idea of naivety brings a host of folks to mind – acts like Ital, who’ve come from a noise or indie background, and create their own ‘misinterpretations’ that become valuable in themselves. Is that something you’ve found?

“That’s exactly it really – being open and naïve can help you create something completely original. If I knew a whole lot more about dance music, and all the different types of sub-genres, I’d probably start making music that sounds like other people. But because I don’t really know too much, it just ends up sounding like myself.” 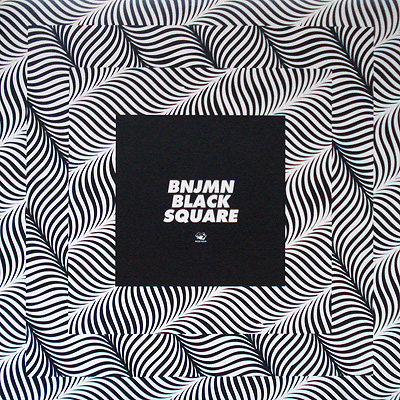 Does that extend to your tools? Do you feel fully confident using your electronic kit, or are you using it in a childlike way?

“I’m using a really out-of-date piece of software, I think it’s about twelve years old now. It’s so basic, but I know it so well that I feel I can translate what I’m doing really quickly. I’ve tried using other pieces of equipment, and it’s almost like I feel like I’ve lost my sound a bit, because I’m so used to what I use.”

I’ve seen you talk in previous interviews about the attraction of anonymity. What is worthwhile, or maybe necessary, about maintaining. some degree of anonymity or obscurity?

“It’s nice because it can be all about the music. It doesn’t matter what you look like or what you’ve done in the past, which is often why I like creating a new alias, which I can take in a completely new direction. Maybe I’ve fragmented everything a bit too much, because I’ve got like four aliases now. I like to try and create. I go back and forth between different styles of music. It’s almost like the two can feed off each other, because the Singing Statues stuff is a lot more organic and song based. I’ll really get into that for a while, and then want to do the complete opposite thing after that. I’ll get really intensely into something for a month or two and then want to do something completely different. The anonymous side of that helps because no one needs to know your identity or what you’ve done in the past, so you’re free to do anything you want.”

Can we see you doing a Madlib-style playing of your aliases off against each other?

“Possibly, yeah! They may even end up under one name at some point. BNJMN may become more song-based, or Singing Statues might become more dance music-based, so I’m not really sure how that will work out. It could all end up under the same project maybe.”


“No one needs to know your identity or what you’ve done in the past.”

Plastic World and Black Square came relatively hot on the heels of one another. Do you see them as sister records?

“Not really, because the first album, Plastic World, was recorded maybe three years ago, and the Black Square material was recorded last year. In between both records, I was making a lot of song-based stuff under the name Singing Statues. I didn’t really thing about the previous record when I was making Black Square, it was just trying to make new BNJMN music, and that’s just the way it turned out – I wasn’t thinking about Plastic World at all.”

This year’s EP was certainly your most techno-focused release. Was that the intention? Is that something you’ve been listening to more recently?

“With the Black Square material, a lot of it wasn’t really focused towards the dancefloor. There were a lot of ambient bits. As I said before, when I tend to focus on one sound then I tend to want to do the complete opposite sound next. With that 12”, I just wanted to try something new. I’m not really sure what I’m going to be doing next, but I want it to be completely different from the last thing I did. I don’t want to be doing the same thing over and over again.” 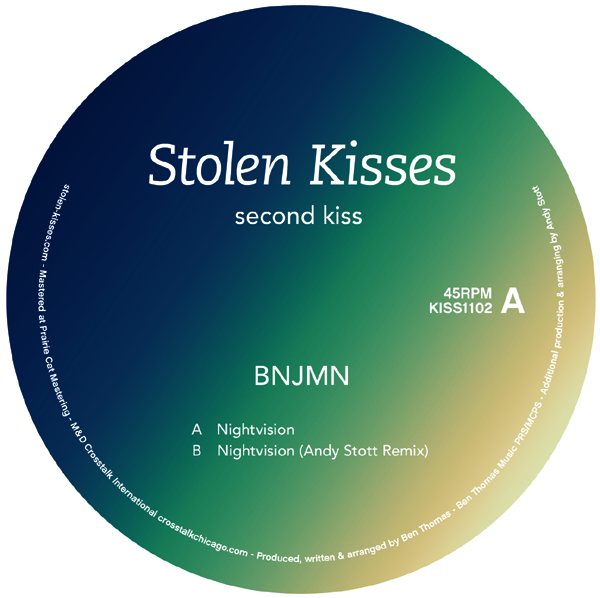 Is that a result of you having a rapid attention span, or do you feel it’s important for an artist to make big volte-faces?

“It’s the attention thing really – I get bored really really quickly. I’m constantly being inspired by new sounds I haven’t heard before, always trying to find a new direction with everything that I do. I don’t want to stay in the same place because I’ve already done that particular sound, so then I move onto the next thing.”

What’s got your attention at the moment?

“I’m listening to a lot of old folk music, a lot of Neil Young. I’m making a lot of Singing Statues stuff again – that’s where my head’s at at the moment – but that will probably change over the next few months and I’ll probably start making BNJMN music again.”

There seem to be plenty of artists – Actress and Lukid spring to mind, and your music to a degree as well – producing music that offers a spin on a particular genre, but with a degree of abstraction , distance or murkiness. Is that just a sonic sensibility that you’re attracted to, or do you see yourself as deliberately deconstructing house or techno?

“It’s always about a feeling, or an emotion. That’s the first and foremost thing in my mind, trying to get across a feeling or an emotion. When I’m making music, I’m not really thinking about anything, I try and clear my mind of anything – it’s very instinctive. Often I don’t know what direction I’m going to go in, even when I start a track with whatever sound I start with – a bit of kickdrum or whatever. It’s following my intuition, in a way, as I’m making the track. It kind of builds itself, and I don’t know what it’s going to sound like. It’s not like I have the idea in my head before I start writing the music. It’s almost like improvisation.”


“For me, it’s the instruments I use. That defines the project.”

A lot of acts that have multiple aliases will have their own formal constraints for each one. It sounds like you pan around.

“For me, it’s the instruments I use. That defines the project. If I get the guitar out, or start singing, then it’s the Singing Statues stuff. Whereas if it’s kickdrums, it’s BNJMN.”

Are you incorporating instrumentation into your live set?

“No, it’s all electronic. But I’ve just had an offer for a gig with Singing Statues, so when I get back I’m going to try and figure out how I’m going to do that, which might involve using other musicians as well. Because I’ve lost a lot of the original files from those tracks, so I’m going to have to build them up from scratch if I’m going to play that stuff live. I’m probably going to have to re-learn all the tracks, the chords and everything.

Almost like producing those out-of-copyright karaoke versions of your own music! Singing Statues seems to be taking up a lot of your time at the moment – are you working on other things?

“Yeah, I’ve been doing a few remixes. I did some new BNJMN tracks after the last 12”, but I’m not sure whether they’ll be released. The last four or five tracks have been Singing Statues stuff, so that’s where my head’s at at the moment.”