“Life is a heady mixture of soaring highs and crashing lows, and middle bits.” 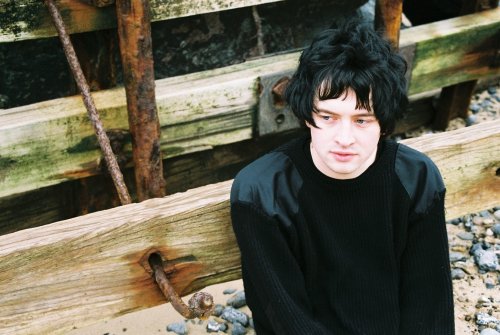 The 12″ heralds the East Anglia-hailing artist’s third album, Steam Days, the follow-up to 2009’s acclaimed Hard Islands. FACT had a quick-catch up with him to find out what we can expect from the upcoming full-length, and how it feels to have been signed to Border Community for nearly a decade now. 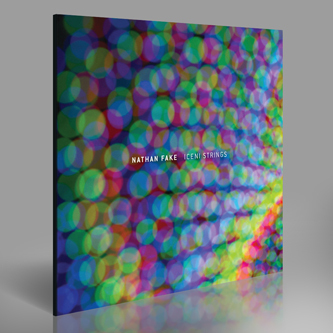 So, Nathan. What’s it all about? Life, that is.

“A heady mixture of soaring highs and crashing lows, and middle bits.”

We’ve really been enjoying ‘Iceni Tracks’ and its B-sides. In some ways they remind us a lot of your early, pre-Drowning In A Sea Of Love 12″s, though obviously more complex and evolved.

“I think ‘Iceni Strings’ is way more adventurous and less rigid than my old stuff. I didn’t think very much about what I wanted to do with the tracks, they sort of just fell out of me, as with all my stuff really.”

It was interesting to see you describe ‘Iceni Strings’ as “memorable in the way a lot of ancient folk music is”. Do you think of your music as being connected – however loosely – to some kind of folk tradition?

“Melodically ‘Iceni’ is dead simple really, one of those melodies that didn’t take a huge amount of music theory knowledge to write, but it cuts through, it’s a hooky melody. I think the track has quite a sort of visceral and tribal feel to it – I mean, it doesn’t sound like actual tribal music but has that kind of raw energy in it, I think. And well, it is tribal, it’s Iceni, I’m an Iceni. Also, I make my music without much outside influence and with really simple instruments, and I guess that’s a pretty folky ethic.”

“My live set is a proper live electronic show, rather than just me playing pre-recorded parts in Ableton and occasionally adding reverb. Fuck that shit.”

What can we expect from the album? How would you say it fits into the narrative established by your previous LPs?

“I guess Drowning and Hard Islands were poles apart, Steam Days covers a wider spectrum than both of them put together I think. I dunno, I guess you’ll have to just listen to it.”

How come the album’s called Steam Days? Have you been watching lots of Fred Dibnah?

“Funnily enough, my dad loves Fred Dibnah [laughs]. No, it was just a phrase that popped into my head, it doesn’t have a specific meaning, it just felt like a strong powerful phrase to me and it fitted the feel of the album perfectly.” 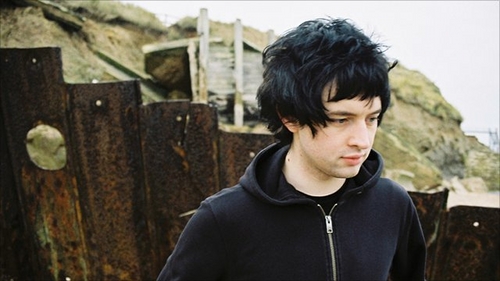 You’ve got a lot of live dates coming up. Can you tell us a bit about what to expect from your performances, visuals, etc? Has your live set-up changed much over the years, or has it been more a case of refining something you’re already quite happy with?

“The live set-up hasn’t changed much at all, I’ve been doing live gigs for about eight years now and I think i’ve totally nailed what I have…my set is all about jamming and improvising on a theme, and tracks end up sounding really different to the recorded versions, in a pretty sort of non-calculated way – you just react and behave so differently in those enviroments compared to being in a studio.

“My live set is a proper live electronic music show, everything you hear is being done by me at that specific moment, rather than just playing five minute long pre-recorded parts in Ableton and occasionally adding reverb, or just playing my own tunes in Traktor and calling it a live set. Fuck that shit.”

“Autechre is pretty much all I’ve been listening to this year.”

Any particular artists or records, old or new, that you’ve been enjoying recently and would recommend?

“I literally have no idea what’s going on right now. I couldn’t recommend anything you guys haven’t heard of already. I cut myself off from the music world completely when working on a record. But in terms of old music – Autechre is pretty much all I’ve been listening to this year. ‘LCC’ is one of the most heartbreakingly beautiful pieces of music ever written. I also listen to a lot of my friends’ music.”

You’ve been working with Border Community for almost a decade now…is it safe to say you feel very at home comfortable with the label?

“Most definitely – the fact it’s been nearly a decade is completely insane. I hope we’ll do something amazing to celebrate the 10 years. They’ve all been consistently brilliant.”