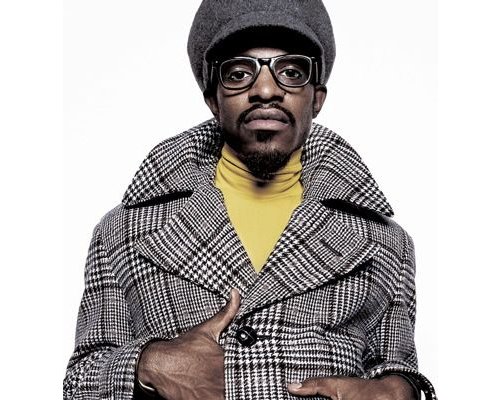 Andre 3000 has collaborated with Frank Ocean, on the latter’s new album Channel Orange.

At a listening party in New York, US press were given the first change to hear the hugely anticipated second full-length – and first album, “proper” – from the Odd Future affiliate and ‘Novacane’ crooner. The Boom Box report that like Nostalgia, Ultra, Ocean’s first album, the tracks on Channel Orange are tied together by short interludes (“ video game sound effects, dialogues and planes taking off and crashing”), while Ocean’s backing borrows from “jazz, rock and electro”.

Perhaps most interesting, however: Outkast’s Andre 3000 [above] appears on a track towards the close of the album, which depending on which report you read, is either titled ‘Pleasure’ or ‘Pink Matter’.

Speaking of Andre, Boom Box also report that in a recent-ish interview with GQ, he reveals that his new solo album will be released “hopefully this year.” We’ll see. Ocean’s Channel Orange has a more concrete release date: July 17. You can stream lead single ‘Pyramids’ below.