“I’m not trying to have a conversation about rap music.” WHY? interviewed

If you like your records caustic and bruised, you can’t say fairer than Yoni Wolf’s work as WHY? Wolf came to general attention at the turn of the millennium as Doseone’s sparring partner in cLOUDDEAD. His well-stuffed quiver of non-sequiteurs proved impressive, but it was only under the aegis of the WHY? project that he […] 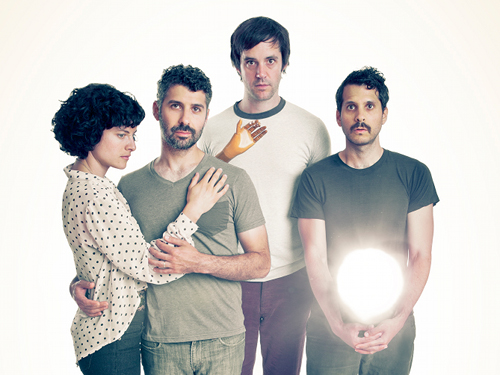 If you like your records caustic and bruised, you can’t say fairer than Yoni Wolf’s work as WHY?

Wolf came to general attention at the turn of the millennium as Doseone’s sparring partner in cLOUDDEAD. His well-stuffed quiver of non-sequiteurs proved impressive, but it was only under the aegis of the WHY? project that he began to stake his claim as arguably one of the decade’s finest lyricists.

Originally a cover for his solo experiments (cf 2003’s Oaklandazulasylum) WHY? gradually evolved into a full band, bolstered by Wolf’s brother Josiah and multi-instrumentalist Doug McDiarmid. 2005’s Elephant’s Eyelash set the tone, but 2008’s Alopecia is the band’s high watermark, stuffed to bursting with gnomic slogans and knuckleduster punchlines (“I sleep on my back because it’s good for my spine/And coffin rehearsal”; “Sending sexy SMSs to my ex’s new man/Cause I can”), all set over pretty indie jangle. By 2009’s Eskimo Snow, Wolf’s rap background had been all but abandoned, replaced by soggy torch songs and warped alt.rock.

After a stripped-down tour in 2011 (truncated due to a hand injury), the band are now set to return in earnest with two new records. A full LP – the band’s fifth – is due by the end of the year; next month, meanwhile, will see the release of the six track Sod In The Seed EP. The latter, at once cheerier and lusher than its predecessor, sees hip-hop creeping back into Wolf’s worldview. With Sod In The Seed on the way and a tour in the works, Wolf spoke to FACT’s Joseph Morpurgo about Western guilt, cut-ups and the band’s “intimate” new sound.


“I wouldn’t say I had an idea for a brighter sound, but I wanted a more intimate, closer sound.” 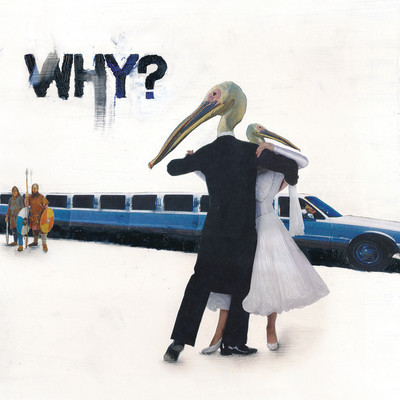 Sod In The Seed struck me as a much brighter and breezier record than your previous album, and perhaps those that came before. What attracted you to that lighter, brighter idiom this time around?

“Sheesh, I don’t know. We had to lump the two together, because I didn’t necessarily know early on what songs were going to be on the EP and what songs were going to be on the album. I wouldn’t say I had an idea for a brighter sound, but I wanted a more intimate, closer sound – which means less delays and reverbs on vocals and stuff like that, a little more dry, and a little more percussion heavy, I knew I wanted that. I don’t know about ‘lighter’ – if it turned out that way, that’s good, I guess, but that wasn’t necessarily the intention. Definitely we were interested in bass guitar and drums, and percussion stuff.”

The emphasis on bass guitar and drum comes through on the title track – one of the most ‘hip-hoppy’ things you’ve done in a long time.  How did that hip-hop-focused track come together?

“Well, let’s see – I think I was trying to make ‘Hey Ya!’ [laughs]. In my demo,y’know. I had a shit-ton of lyrics, I had all these different verses. I was working with ‘Sod In The Seed’ at the same time I was working with ‘Water Lines’ on the album, so verses were going back and forth between those two. I finally settled on which would be which, which would go for which song, and it felt like that one wanted to be a lot more upbeat, so that’s kind of where I went with it, and the ‘Hey Ya!’ kind of vibe. I wanted to have an acoustic that just slips right in there with the percussion.”

As well as being a song which brings hip-hop to mind sonically, the lyrics seem to be about hip-hop: there’s the line about “vapid raps”, a lot of lyrics about money…is contemporary hip-hop still something you listen to, engage with, relate to?

“Yeah, I mean, I can’t say engage with, I’m not trying to have a conversation about rap music necessarily. I mean, fine, right now we can talk about rap, I mean within the song…I think it was more about where I’m at in my career, and desires, and wanting money and when you get money you want more money, and just the idea of still feeling unsatisfied always. ‘A steady hurt and a sturdy purse’: you’re doing alright but you want more, there’s more. I think it’s more like that, and about this idea of having achieved a certain amount of fame and notoriety, and ‘what does that mean? How does that feel?’ More so than anything about the rap world in general.”


“I’m not trying to have a conversation about rap music.”

The WHY? project has expanded in the last ten years in number and scale and profile – is that song an anxiety about Why? continuing to expand beyond a point where you can recognize it?

“I think it’s a desire for that, and maybe a guilt about the desire for that, to an extent. Feeling like I’m exploited or exploiting myself, perhaps, and feeling ambivalent about that. On the one hand, wanting more, and on the other hand, feeling a sense of guilt about doing well and being one of the people in the first world who’s able to drink carrot apple juice from a health food store for four quid.”

Is that a recent development, or something you’ve wanted to write about for a long time?

“It’s not that I sit down and want to write about something; it’s more like, as I’m thinking and as I’m developing lines, that’s sort of what’s staring to come out. And I’m like, “Okay, this is what’s going on”. I think I’ve touched on that probably on previous records to an extent, but as all that grows for me, so will it represent itself more thoroughly in song, because I write about what I know.” 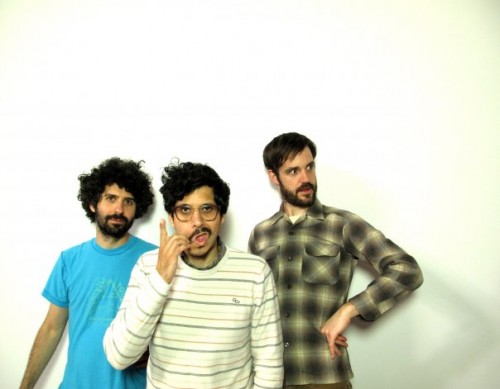 I’m curious: because so many of your songs are so densely packed with quotable, finely polished lines…

…I wondered whether you pick and apply, collage-style, lots of lines that you write separately, or whether you approach songs as coherent entities, written from start to end?

“It’s the former, but, that said, I then go in and thoroughly make things make sense together, and change things and reorganize things. I do a lot of editing. I do a lot of editing, and that’s what last year was all about. Winter of 2010/11, that’s kinda what I did – just sat down and edited everything and then made some demos. The lines, I had 30 pages of lines that I then went and physically cut up. I printed them out and physically cut them up and was arranging them on the table and saying, “What song does this makes sense with?”. That method actually didn’t even work out that well. I spent a lot of time doing that, but I ended up not really using it in that way. I learned a few things from that. I don’t really know how it happened, it took a long time but – it’s like mercury.”

It sounds like a two-step process – you have to write, and then be your own editor or curator.


“Making an album or making a movie or writing a book or making a painting, it’s just a series of decisions.”

Thinking about how WHY? have developed over the course of the project, there’ve been real stylistic changes and big leaps between records. Do those happen organically? Do you make concerted decisions to push the band in a different direction?

“There are concerted decisions that are made previous to work on a record. My brother and I will talk about it, about the kind of sound that we want, and it’s always vague and arch, and things start happening. Making an album or making a movie or writing a book or making a painting, it’s just a series of decisions. It’s just a series of small decisions, and being a good artist is having a sense of what is…good. And what is not good. ‘This will stay, and this has to go,’ y’know what I mean? So we start with an initial sense of what it should sound like, and then it always develops over the course of that decision making process. Hopefully it stays somewhere in the realm of what we were looking for. Like I said, we were looking for something a little intimate and dry and up-close, percussion heavy, and I think it did turn out that way.”

Intimate and up-close are interesting words thinking about your recent  US tour. How was the experience of doing that much more stripped-down, close-up, interactive tour?

“It was good, I liked it. We did about ten or fifteen shows over this side of the ocean as well. I enjoy performing like that, there’s something about it that feels breezy and not so bogged down, not so loud, not so crammed in, everybody’s got chairs to sit in, and I like that. If I was an audience member, I would by far prefer that, I think. That said, I’m also actually looking forward to getting into the new arrangement of things.”


“There’s something about it that feels breezy and not so bogged down, not so loud, not so crammed in, everybody’s got chairs to sit in, and I like that.”

Has the arrangement changed from previous tours?

“Yeah, it’s a whole new band. We’ve got the three steady members – my brother, Doug and I – then we have three new members, so it should be good. One of the members is a second drummer, so there’s two drummers – they play percussion and marimbas and xylophones and vibraphone, and all that shit – and a couple of female singers, and all that stuff, so it should be good.”

What can we expect from the LP?

“It’s done – it’s maybe in the vein of what you’re hearing on the EP, different songs of course, but it has a different feeling to the EP to me. I can’t really explain the difference [laughs].”