The way the phrase “EDM” is on America’s lips right now, it’s as if the country only started dancing this year. Of course, that’s not true: Alain Macklovitch, a.k.a. A-Trak, has been making people dance since he was in his teens. The Montreal-born DJ first won the DMC DJing championships when he was 15, and […] 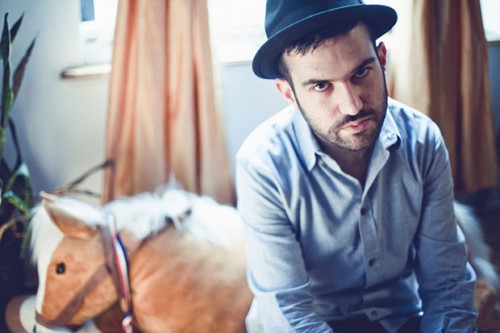 The way the phrase “EDM” is on America’s lips right now, it’s as if the country only started dancing this year.

Recently, A-Trak wrote a balanced, illuminating piece on the recent Deadmau5-instigated “button pusher” debate, and this month will touch down in the UK to DJ at Channel 4’s much-publicised House Party event. FACT caught up with A-Trak over email to ask a little more about these recent events.


“I think it’s important to make sure people hear a wide spectrum of dance music, not just the formulaic cheesy stuff.”

Many feel that this is electronic music’s mainstream moment. How do you feel about that, and what does it mean for the scene’s culture?

“I think it is, especially in America. The numbers are there to back in up. In Europe and the UK people are used to hearing dance music on the radio, it’s been part of the culture for a long time. In America that’s brand new. I think it’s important to make sure people hear a wide spectrum of it, not just the formulaic cheesy stuff. I’m already seeing people’s tastes broadening though, I think it’s promising.”

Your recent Huffington Post piece was a well-reasoned opinion on the “button pusher” debate. Are you surprised that both sides of the debate have been so vehement?

“Thank you! I’m just surprised that there hasn’t been more people bringing nuanced opinions, it’s all been pretty polarized. I don’t have a problem with performers doing pre-planned sets if their show has artistic merit in other ways, like with a theatrical stage show. It’s just important to keep the creativity going, and also for people to know what a classic DJ set is like.”

The Internet’s proliferation of genres and styles has been most noticeable in electronic music. What do you think about the accelerated buzz-boom-backlash cycle that has hit everything from moombahton to “trap” as of late?

“Trap music is just rap beats. I’ve always spun rap in my sets, so I guess I play some trap too. I don’t really care what people call it. To me it’s no different from playing Lex Luger tracks, which I’ve been doing for a long time. I think Trap is a silly name. But so is EDM, what a dumb name. I never pay attention to genres anyways, I just find stuff that I like and play it. It’s a waste of time to try to dissect a genre and its merits, just find the stuff you like and keep it moving.”

Channel 4’s House Party is an attempt to take the DJ booth to the living room. When was the last time you DJed an actual house party? How do you feel about assembling a set for a remote audience?

“I think the part about the remote audience is more challenging than the house party. I play so many different types of parties, I can adapt to pretty much anything. DJing without a crowd will be interesting though. I’m excited to do it!”

Any plans for more Duck Sauce releases? Any other collaborations in the works (like the Diplo-Skrillex combo mentioned in Billboard)?

“The Duck Sauce album is done! We’re setting up a single for the fall now, and then the album will be released after that. I’ve been doing a ton of collabos lately. Skrillex and I need to finish our track. But I’ve also got new ones with Style of Eye, with Tommy Trash, a bunch of stuff.”

Running a record label is a full time job; what’s been the most rewarding part about running Fool’s Gold? Any artists we should watch out for that might be joining the FG family?

“We just signed this group Oliver, they’re great. Actually I have a new collabo with them too. They’re on the disco tip, really funky. Fool’s Gold is always rewarding to me, it’s an umbrella for music that I’m championing. Now we have a shop in Brooklyn too, and it’s great to have this meeting point where the whole community can hang out.”