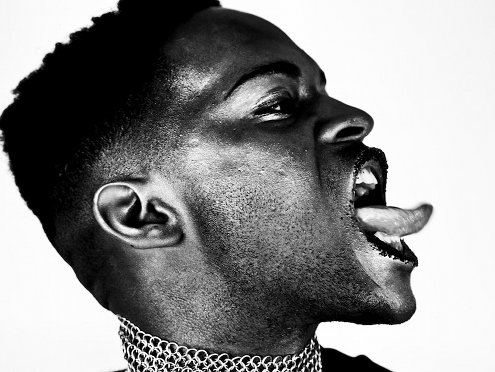 One of 2012’s best tracks is due for a re-release, armed with a mountain of remixes, including takes by Tricky, Grimes and Azealia Banks.

“Reading” is, in drag queen circles (http://t.co/DSEEBk0E), the “real artform of insult” – and Brooklyn rappers Zebra Katz and Njena Reddd Foxxx provide a pure, undiluted take on it on ‘Ima Read’, their contempt for their opponent slicing through the bass-heavy beat like sharpened nails. “Imma take that bitch to college, Imma give that bitch some knowledge,” sneers Katz; “It’s gon be cohesive, it’s gon be my thesis,” confirms Reddd Foxxx with terrifyingly calm relish.

“Rappers so fierce they can cut to the bone with just a tongue-lashing and some side-eye: this is where vogue culture meets hip-hop in a mutual emphasis on dissing and oneupmanship. This is the future”.

Since then, ‘Ima Read’ has become a big deal, adopted by Paris Fashion Week as one of the event’s favourite tracks and achieving anthem status in the UK, US and beyond. On September 16, Mad Decent will be giving the track a full release, with remixes from – deep breath – Massive Attack collaborator Tricky, Harlem rapper Azealia Banks, Hypnotize Minds legend Gangsta Boo, Montreal singer/producer Grimes, Mao, Ira G, Cauzeone, Moroka, I Am A Camera, Ripley, Bais Haus, Nikko and Norrit.

Add to that the fact that the original Jeffrie’s release featured remixes by MikeQ & B. Ames, Slick Shoota, J-Wow and DJ Sliink, and that’s a lot of remixes. You can watch the brilliant video for ‘Ima Read’ below.