Old Apparatus are emerging from the shadows. The hitherto incognito London collective made a significant impact on the underground with their 2010 debut EP, a 12″ record housed in a thick, screen-printed sleeve and scant information about the recording or the personnel. The fact that it came courtesy of Mala’s Deep Medi Musik label suggested […] 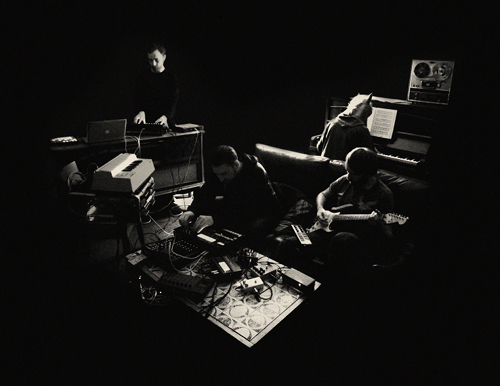 Old Apparatus are emerging from the shadows.

The hitherto incognito London collective made a significant impact on the underground with their 2010 debut EP, a 12″ record housed in a thick, screen-printed sleeve and scant information about the recording or the personnel. The fact that it came courtesy of Mala’s Deep Medi Musik label suggested an allegiance to dubstep, but the EP’s four tracks roamed far wider than that, with elements of blunted hip-hop, ghostly R&B, noise, industrial, techno and even post-rock. The hip-hop component was more pronounced on the follow-up 12″, ‘Zebulon’, which featured vocals from British MC Mowgli.

2012 has seen Old Apparatus launched their own label, Sullen Tone, with the Derren EP. They’re set to follow this fine collaborative effort with three solo (but group-approved) releases: the first of these, Realise, is credited to LTO and is due out on September 10.

At the height of Olympic fever last week, FACT’s Richard Rossiter had a quick pint in Soho with Old Apparatus’s four members to find out a little more about the genesis of Old Apparatus and Sullen Tone, and their ambitions for both entities going forward. They asked if we’d refrain from using their real names, but also didn’t want to use any aliases – so for convenience’s sake we’ve chosen to refer to them as OA1, OA2, OA3 and OA4.


“It’s been an instinctive process, driven largely by the artwork.” 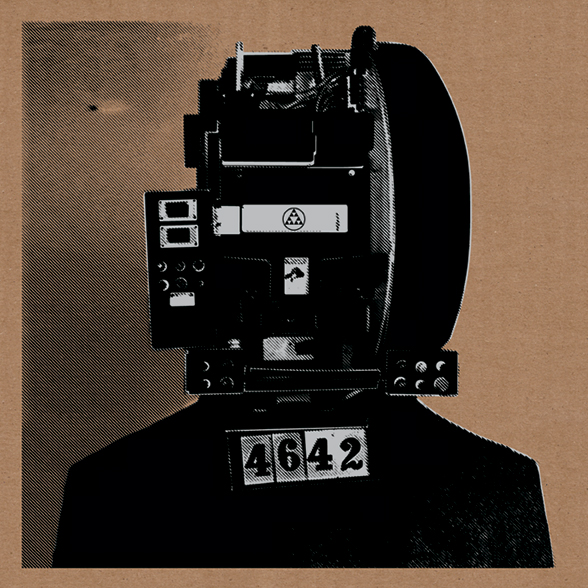 So how did the four of you come to work together?

OA1: “We were all doing our own thing to start with, and we all appreciated what each other were doing, and sharing music and sharing artwork and ideas and just feeding off each other, and we just thought from that, well, why don’t we put it all together and make something out of it? To start with it was just a way of motivating each other to produce more work and get to the most out of what we were doing on our own.

OA3: “…About a year before the first record, I guess. We happened to move into the same place, and we were both making tunes, showing each other what we were doing, getting inspired to do stuff by each other. So yeah, we said, let’s do something. But that’s the most conscious thought there’s been throughout the whole process: that initial, ‘Your tunes are heavy, let’s do something’, and from then on it’s been an instinctive process, driven largely by the artwork. That came first. There were sounds, but they weren’t fully formed, they were just taking shape; then we saw what [OA1] was doing with the artwork, the initial artwork that you saw on the website and the first record. It very much formed around that aesthetic.”

OA2: “It was largely unspoken, we just shared a lot of interests and it happened quite naturally.”

OA4: “We were all used to working alone, we were all bedroom producers, and it was quite refreshing being able to share what we were doing – with someone who’s more than a listener, and who can actually help expand what you’re trying to do.”


“We’re the kind of people who like to be involved with every part of the process.”

It’s refreshing to encounter a group in electronic music; for various reasons, not least economic, we live in a world of solo artists. Which can’t be healthy.

OA3: “I think you can hear when an artist has been working alone. Of course there are people who can step outside of themselves to listen to what they’re doing, but they’re rare…”

OA2: “That said, the tracks on each record generally come from one of us, though we each had an input. But they were written individually, and so we thought with Sullen Tone it would be good to make a feature of that rather than trying to botch them all together.

OA1: “Throughout the three records you’ll hear the contrast and variation – the tracks work together, even though they’re quite different in sound; you hear the characteristics of each of the producers coming through, I think.”

That was what was so striking about the first Old Apparatus 12″ – it felt like an album’s worth of ideas compressed into two shape-shifting tracks.

OA3: “They started out as separate tracks, but bringing them together was something we really wanted to do, to blur the lines a bit.”

OA2: “As with our mixes we’ve done, where we try to go on a seamless journey though different sonic worlds, we took that same principle and tried to apply that to the records. Obviously you’ve got to flip the record over at some point though… [laughs]”


“The live scene in London’s a bit weird…it can be counterproductive.”

I’m sure that won’t bother the large majority of Old Apparatus fans who illegally download your music and listen to it on their computers.

OA3: “[Laughs] We have to compromise to fit it on vinyl, because I’d rather it was a continuous experience, to be honest.”

What kind of music did you bond over?

OA2: “Different things really. We all have diverse interests, but there’s a lot of overlap. [OA4]’s really into UK hip-hop, that’s how the Mowgli connection came about. I guess I’ve always been into Warp-style electronica, post-rock music, that sort of thing. Like [OA3].

OA3: “Yeah, Kranky and Constellation Records were big for us.” 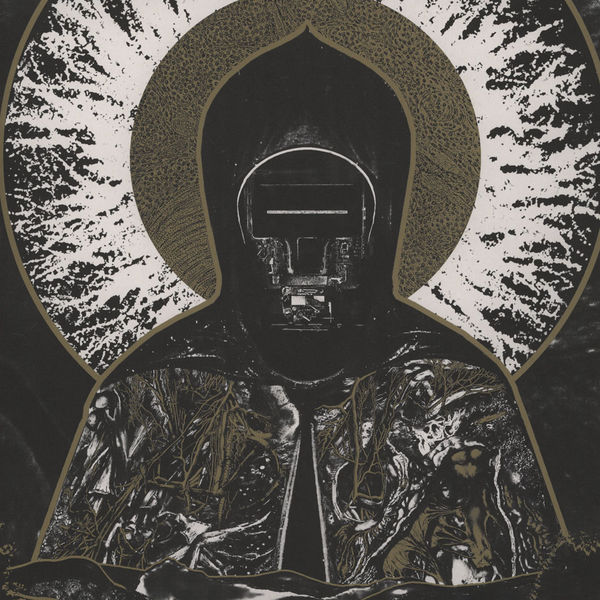 Why did you decide to launch your own label?

OA3: “We’re the kind of people who like to be involved with every part of the process, so it just made perfect sense. Working with Deep Medi was great though – Mala and Kris, the guy who runs the label, were both so supportive and willing to put up with even our most stupid and expensive ideas [laughs].”

Is it an outlet solely for your own music?

OA4: “We hope to put out music by other people in the future, but for the time being it’s just going to be us, yeah.”

You’ve been quite quiet on the gigging front recently, right? There was a flurry of gigs last year, I remember, including a support for Fennesz in London…

OA2: “We played some really good ones towards the end – the ECO festival in Madrid, and then LEV.”

OA1: “Recently though we’ve just been concentrating on trying to get Sullen Tone off the ground.”

OA4: “We wanted to take a break to start up the label and work on new material. But now we’re trying to get a live plan together.

OA2: “We like to have the visual side of things sorted.”


“It was just about how we could put the material across in the best way possible, without cheating ourselves or other people.”

OA1: “We get a lot of requests to play small shows in Dalston and things like that, and fair dos to the people putting on those kinds of shows, but I think we want to get the most out of what we prepared – we’ve spent a lot of time preparing our live show and we don’t want to turn up at a pub venue without any bassbins, know what I mean? [laughs]”

OA3: “The live scene in London’s a bit weird…it’s a little bit in its own world, at least in some parts of London. And even though you’re playing shows you’re not necessarily progressing. It can be quite counterproductive.”

OA3: “Initially, it was just about how we could put the material across in the best way possible, without cheating ourselves or other people.”

OA4: “We’ve expanded since then, we’ve got more live instruments: [OA3]’s playing guitar, [OA2]’s on the keyboard, and we’re triggering more stuff live. We’ve got it to where we wanted to be from the very beginning, really. It’s not so fixed.”

OA1: “You go and see a lot of producers that you like in a live setting and I feel like sometimes I want more, in the electronic music realm anyway. We’re trying to push ourselves out of that comfort zone.”

OA4: “But still wanting to give a good show.”

OA3: “Yeah, we don’t want to be being overly experimental or alienating people just for our own gratification – that’s the worst thing. So it’s kind of a balancing act.”

OA2: “With our first few gigs it was more about subtle automation, re-triggering things, playing with MIDI controllers and stuff – but we really want to bring more of that physicality that you get from a rock group.”


“We don’t want to be being overly experimental or alienating people just for our own gratification – that’s the worst thing.”

There needs to be an element of risk to make a live show worth watching, I find.

OA2: “Well it’s all about the fear isn’t it? Without that fear it’s just not very interesting.”

Well yeah, and I think you need to fear something greater than just your MacBook freezing…

OA1: “Well, you want to be doing a show where even if your MacBook freezes you can still be making music.”

OA2: “That’s why we’ve got these other sound sources now. We don’t want every sound you hear to be coming from one laptop. We can always play around, maybe improvise a little bit if something does happen.” 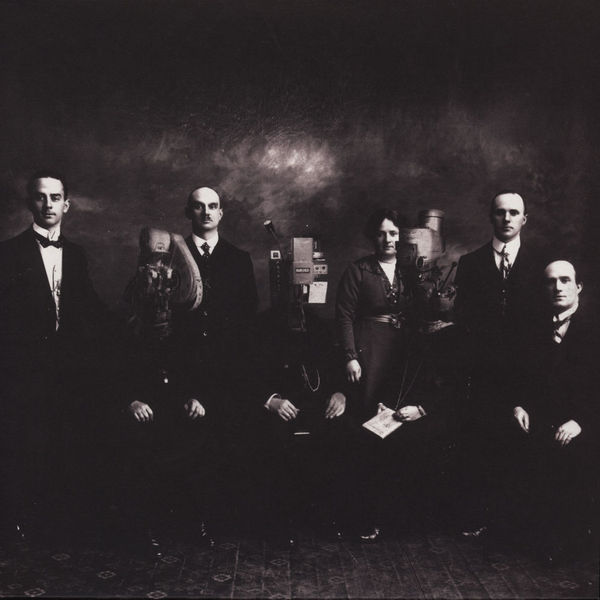 You mentioned the visuals were an important part of the live performances. Is that your area, OA1?

OA1: “Yeah…I’m a designer by trade, and I like to have projects on the go outside of my dayjob. Initially it was just that, a project: we were getting together, these guys were making music and I had something to put into that. For me it was a personal thing, and from that, I began developing what I’m doing. I’m getting into illustration, video-making now. Looking at a lot of scientific archival footage.”

OA3: “The first video was for a track off the EP – he [OA1] spent three months with a friend of ours filming that. It looks like planets, but it’s actually milk and food colouring, completely manipulated. That’s the kind of level he’s operating on [laughs].

OA1: “Video was something that I’d always wanted to do, and it’s new to me. At the beginning it was very leisurely and there was a lot of time to experiment. I wanted basically to replicate the universe..”


“I’m sure there’s lot of people who’d just like to hear the first record replicated, but it’s just not going to happen.”

OA1: “I wanted it to be so epic, like 2001: A Space Odyssey. At that time I was looking at a lot of archival footage of cell division and things like that – I basically got access to the British Medical Association’s library. They’ve got this awesome footage of people swallowing barium that comes up in X-rays, it looks alien-like.

OA1: “Yeah, and the transfer from one medium to another adds all this great colour and texture.”

OA3: “The visual side of the project is always developing. It’s the same as the music; it’s not going to stay the same. I’m sure there’s lot of people who’d just like to hear the first record replicated, but it’s just not going to happen. That was back then, this is now. It’s just about exploring new ground for yourself.”