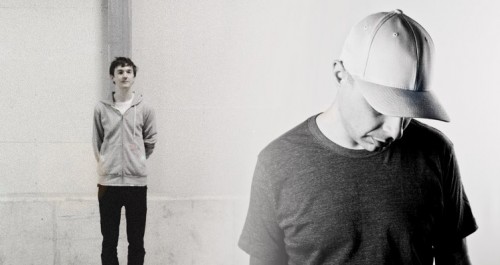 Co-founders and residents Giles Smith and James Priestley will be taking over the Roundhouse (midday-10.30pm) and Proud Camden (1opm-4am), and they’ve assembled a line-up covering a wide spectrum of electronic music to fill these sizeable venues. Matthew Herbert, whose recent Wishmountain album, Tesco, suggests a renewed love of dance music, tops the bill, alongside the redoubtable Four Tet; deep house supremo Motor City Drum Ensemble, Wbeeza, Al Tourettes, Youandewan are among the other guests. Tickets and further information can be found here.

We’re especially looking forward to sets from New York’s Levon Vincent and the UK’s own Ben UFO. Ahead of the party, we asked these two gentleman to ask each other a couple of questions about their work, their respective scenes, and their other interests. This is what happened…


“That vortex which exists between our two worlds is very fresh territory.” – Levon Vincent 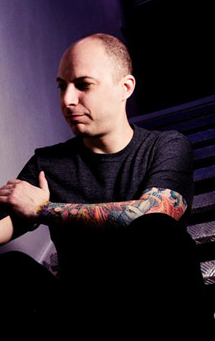 Levon Vincent: “What books have you really enjoyed? Is there any writer that you particularly like?”

Ben UFO: “Everything that springs immediately to mind is science fiction, which is probably the influence of my Dad…Doris Lessing, Kurt Vonnegut, Ursula Le Guin (who incidentally has the coolest website ever). Maybe I’m just trying to justify my pseudonym.

“You’ve been DJing a lot longer than I have – how do you maintain your excitement and interest in new music?”

L: “I think I might just be lucky – I’ve always loved music. You never really run out of lessons to learn or sounds to hear.

“Is there a figure of speech or expression you love, or that you use really often?”

B: “I pepper my speech with phrases like ‘I don’t know’ and ‘I’m not sure’. I’ve been sent transcriptions of myself speaking which I’ve had to edit heavily in order to avoid looking like the most cautious, indecisive interviewee of all time.

“When it comes to new music, do you feel that the worlds of house and techno have opened up in the same way that we feel a broadening of scope in our own UK scene? It feels as though at the moment there’s a really active dialogue between producers across different scenes – and rather than UK producers and DJs performing a ‘UK sound’ abroad, my perception is that there is nice back and forth at the moment. Has house and techno always had an openness that’s been missing in the UK scenes I grew up with?”


“I still believe strongly in the importance of engaging with what’s going on around you as opposed to relentless self-promotion.” – Ben UFO

L: “I would say that there is a DJing style in New York, a playing style which crosses all genres. It was not a very fashionable playing style for 10 years or so, but right around 2006-7, I think people worldwide began to remember…This had very little to do with the bass community in the UK opening up, but the two playing styles have been evolving in aligned paths recently. It’s dope. From where I am standing, there is something very fertile between those two worlds. That vortex which exists between our two worlds is very fresh territory. It’s the reason I’ve been excited about interacting with these UK scenes for the past couple years…

“I admire your path – you’ve made such a name for yourself based solely on your rep as a DJ. Do you have any advice for up-and-comers who want to make a name for themselves, but who focus entirely on DJing?” 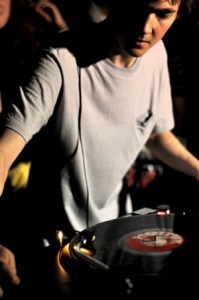 B: “I think it’s actually a bit misleading to say that I’ve made my reputation entirely due to my DJing, even though it’s a line I peddle myself. Running a record label has been crucial, and it’s helped define my role to other people. It gives people something to latch on to, and in the same way that people might check out a producer’s tracks before going to see them play, people might look at Hessle Audio’s back catalogue to assess my contribution. It’s actually helped shape my own conception of what I do – focussing on DJing gives me a certain freedom, but I find setting limits for myself helpful, and having a record label to represent helps me do that.

“I never expected to be able to do this for a living, and I was lucky to start DJing when I did. I was able to play a part in an emerging scene which had a huge amount of momentum behind it, which gave exposure to my label and everyone affiliated with it without having to force the music on anyone or promote it heavily. Things have changed a lot in the last five years, but I still believe strongly in the importance of engaging with what’s going on around you as opposed to relentless self-promotion. It’s more fun anyway, and you make more friends.”