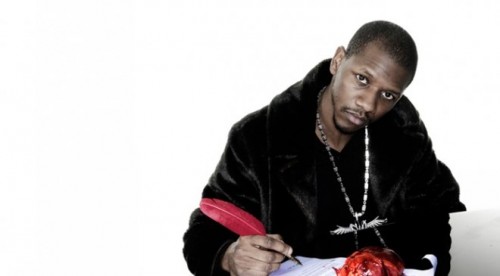 South London rapper Giggs has been released from prison, after being found innocent of this year’s gun charges.

As The Guardian reports, in February 2012 the rapper was stopped in a black Ford Focus in South London. After the vehicle was searched, police found a semi-automatic Browning gun with a bullet in the breach and the safety off.

Giggs has been in jail since the arrest, and his 2012 has taken a serious hit: the status of his second album, signed to XL, is now unknown, and his future live shows were obviously cancelled (it’s not the first nightmare Giggs has had on the live circuit either – in the past, he’s had several gigs pulled due to police fears of violence). Now, however, the Hollowman has found some redemption: at the end of last week, he was fully acquitted in court after pleading innocent and claiming that he was receiving a lift home from a studio in Brockley. The gun’s owner pleaded guilty, while the report also tells us that the prosecution quoted the lyrics of Giggs songs from 2003 and 2007 as evidence that he was still gang-affiliated in 2012.

Giggs’ only comment on the case so far comes on his Twitter: “GOD IS GREAT. Big Thanx to the jury for recognising my innocence. Thanks to everyone for all the positive energy and support.”