Yes, this is true: Insane Clown Posse are suing the FBI 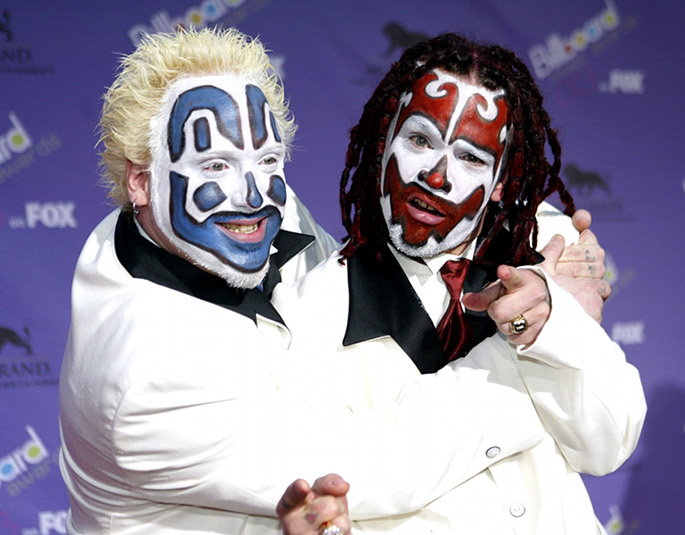 Say what you like about rap goons Insane Clown Posse – they aren’t afraid to pick on the big guys.

Earlier this year, the Juggalo high priests launched their own rival to social network behemoth Facebook. They’ve now taken on an even bigger target: The Federal Bureau of Investigation.

As Consequence Of Sound report, Insane Clown Posse talked big last month about suing the FBI for officially describing their furiously dedicated fanbase as a “gang”. Last year’s National Gang Threat Assessment Report classed the Juggalos – the band’s rambunctious, face-painted army of followers – as a “criminal organisation formed on the street”, and described them as a “loosely-organized hybrid gang”. The duo also nattered about the furore in a (highly entertaining) video interview with Danny Brown, available to watch below.

After all the chat, the pair have now brought legal proceedings into action. ICP called in the lawyers, who insisted the FBI release the data behind the ruling – a request that was subsequently ignored. Speaking to Gawker, Member Shaggy 2 Dope was exasperated at the decision: “You’re trying to grow love in your country and shit. Then the head of your country—the FBI—just turns around and fucking kicks you in the nuts. How are you supposed to respond to that?”. We’ll no doubt keep you posted on horrorcore’s equivalent to Brockovich vs. PG&E.