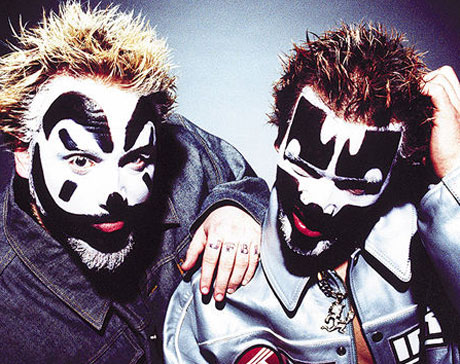 Annoyed at how complicated Facebook’s privacy settings now are? Sick of Timeline already? The answer may have arrived, from an unlikely source.

The Michigan hip-hop duo Insane Clown Posse, who possess one of the most loyal followings of any contemporary music act in the form of the Juggalos, have set up their own version of the social networking megalith titled Juggalobook.

Referring to itself as “a social network for the underground family”, Juggalobook apes Facebook in terms of look, design and the features it offers, and interested parties can sign up now. No word as yet on whether Timeline is enforced, but once we’ve bought some clown make-up for our interns, we’ll get them to sign up and find out. Maybe they can crack that whole magnets mystery too.

Last year of course, I.C.P. found themselves back in the news when Jack White decided it would be a good idea to collaborate with them on a single called ‘Lech Mich Im Arse’. Wonder if he’s got an account.