“Things really happen in L.A.” Quadron prepare to reinvent modern soul, with a little help from Odd Future and Pharrell 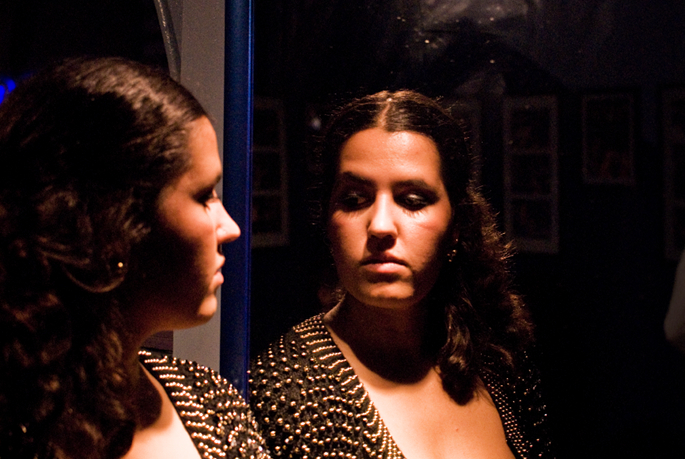 At last month’s Jazz Café gig, during one of lead singer Coco’s signature acapellas, the crowd let out a very audible collective gasp. This is the sound of Quadron – a voice that has garnered online love from the likes of Adele, Mark Ronson, James Murphy and Jay-Z. Tyler The Creator recently took a turn for the mushier, tweeting that “Coco has the voice of an actual angel”. Quadron are the most famous band you’ve never heard of.

Quadron’s self-titled debut album was released in Denmark back in 2009. It’s characterised by the ’60s-tinged, polished production of Robin Hannibal and the part-early MJ, part-angelic (thank you, Tyler) vocals of Coco Maja Hastrup Karshoj. It caught the attention of the West Coast U.S. soul scene and before you could say ‘major record deal’ L.A Reid was on the blower, Pharrell was joining them in the studio and the afterparty was back at Prince’s house.

Clare Considine met up with Coco before a one-off London gig to chat about the move to L.A., that difficult second album and being the only Danes in the village. 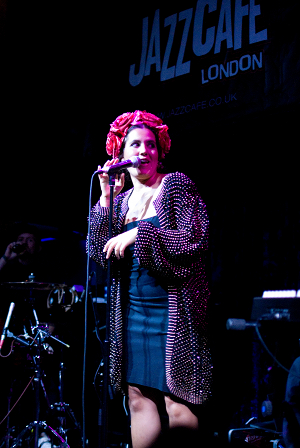 So much of Quadron’s sound is about your voice. When did you first start singing?

“I went to a kind of creative school, so I had music early on. And I was a fan of Michael Jackson, so I just wanted to do what he was doing. He was it for me. And all of the girls in my class actually.

“But he wasn’t the only influence -I grew up with my parents playing a lot of good music. A lot of soul music. Like Michael Jackson. But also the basics, you know. Stevie Wonder, Lauryn Hill, Erykah Badu, Sade, George Michael. All of the neo-soul stars. My mum was really into those artists.

“I was always interpreting them at home – trying to sound like them. That was what I spent all of my time doing. I wish sometimes that I still did that. It was good practice. I just tried to sound like Mariah Carey as good as I could. She’s the hardest one, but it’s good practice ‘cos if she’s the goal then everything that you do below that is OK!”

“I just tried to sound like Mariah Carey as good as I could.” 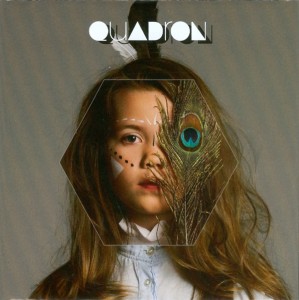 And was Quadron the first band that you were in?

“I started off being in a cover band with some friends at school – we sang a lot of Michael Jackson. Then when I was 16 I joined a gospel choir in Copenhagen and had some solo lessons.

“After that I started to perform with this DJ. I was on his instrumentals, singing in nightclubs, doing soul covers. He introduced me to Robin actually. Robin was working at a second hand shop in Copenhagen and he introduced us. Robin was releasing an LP with a group called Boom Clap Bachelors.

“They were a collective of guys – just music geeks at first and then they started to make music. They wanted to perform live and they needed someone who could sing. Robin was performing a lot of the songs on the recordings but he’s not like a singer singer. So they wanted to have somebody else singing the songs. So they invited me and another girl and that was the first real band that I played in. I enjoyed it a lot, it was a lot of fun.”

How did you and Robin go from that to forming Quadron?

“There was a Danish film director [Hella Joof] who asked us to do some songs for her new film [Hush Little Baby]. That was kind of the point of no return ‘cos I asked Robin to do that project with me. We knew that we had to do an amount of songs, so we did 12 songs and that became the album.” 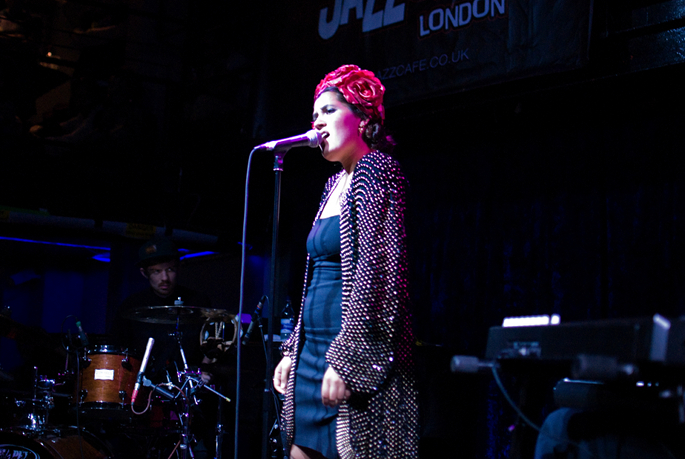 And then you moved to L.A.?

“We just released the album in Denmark. But somehow, through MySpace or something a DJ called Anthony Valedez at KCRW radio station in LA found our music. He started playing it and then the other DJs at the station started playing the music as well. It’s a very popular station in California because it offers so much new music.

“And then an indie label in LA called Plug Research found us and reached out and they wanted to release the album. We had no expectations from the States at that point. It was so weird that the States found us via MySpace. It was before MySpace was that big. Luckily we checked the inbox.

“Then we had our first trip to the States to meet the label. We saw that there was a big following and people showed up to the shows. We kind of started to realise that we were going to have to spend more time over there. If you’re from somewhere like Denmark and you have stuff going on in L.A. it seems stupid not to go. Because Copenhagen is not even on the map in terms of music. So I knew I had to move there somehow.”

“Copenhagen is not even on the map in terms of music. So I knew I had to move to L.A. somehow.” 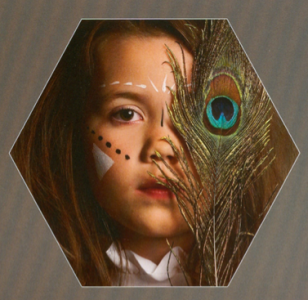 Looks like you made some important friends pretty quickly.

“When you’re in Europe and you think of these artists from America it all just seems so big and difficult to reach. And then when you are in L.A. it somehow feels very easy. Things really happen. Y’know, if you go to a club, Erykah Badu is DJing. People are there, just living in the city.

“Kendrick Lamar was one of the first to reach out to us. We worked in the studio and made a track together for his album. Then Odd Future got in contact – we started out by doing something with The Internet [Syd Tha Kyd’s side project] and then we also did a song with Hodgy. Just last month I did a song with Tyler. They are friends so we just hang out. They are really nice.

“We were so lucky to be in the studio with Pharrell last month. We were making music with him for our album.  It was really really a lot of fun. Robin and I are both big fans of him. And he’s super nice and super sweet and seemed like he really liked what we were doing.

“We only signed with Epic last December, so it’s all very new. In the studio we were working in, Dr Dre was working in the room next door. Toni Braxton was there one day. These are my heroes.”

And what about hanging out at Prince’s house….?

“We were hanging out at Chateau Marmont and this woman came over and told us that she was Prince’s DJ. She told us that she only had one CD in her bag and that it was our album. She’d been playing our songs for Prince and he asked her to buy the album for him. He was coming by the bar that night to pick it up from her. So she invited us to his shows and to an afterparty at his house. We partied there til 6 in the morning.”

What can we expect from the new album?

“I think the sound has gotten a little bit more mature. The songs on the first album were the first ones that we’d ever done together and the first songs that I’d ever done in my life. So I think that now it’s just growing as we’re growing and I think that there’s more arrangements on the new stuff.  It’s more mid-tempo. It’s good to dance to. It’s better, hopefully.

“I’m not trying to convince anybody to like my music. If I made music for other people’s sake then it wouldn’t be fun. Of course I want people to understand it and like it but it has to come from me. Otherwise it wouldn’t be sincere. I just hope that people can hear the sincerity and that we’re serious about what we’re doing.”