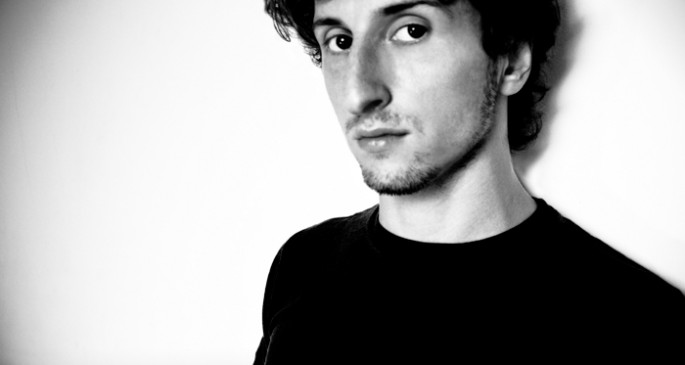 On Record is an occasional series on FACT in which we invite an artist, DJ or label-owner of note to talk about a record of special significance to them. This month it’s the turn of Lucy.

Real name Luca Mortellaro, Lucy hails from Italy and is based in Berlin, where he runs his label, Stroboscopic Artefacts. SA’s formidable and ever-expanding catalogue includes tranmissions from the techno and electronic avant-garde by the likes of Xhin, Perc, Pfirter, Dadub, Kangding Ray and of course Lucy himself, whose 2011 album Wordplay For Working Bees is arguably the imprint’s crowning achievement to date.

FACT called up Lucy to talk about Lee ‘Scratch’ Perry’s 1973 album Blackboard Jungle Dub, also known as Upsetters 14 Dub Blackboard Jungle. One of the very first dub albums, it was initially released in Jamaica in an edition of just 300 copies, but soon attained legendary status – a status which has been consolidated by a number of subsequent reissues, most recently a 10″ box set released for Record Store Day 2012.

Lucy is playing in London this Friday, 26 October, alongside Blawan, Pangaea, Objekt, Kowton and others, for Bleep.com’s party as part of The Hydra series at a warehouse location TBA. More information and tickets here.

“For Perry it was so easy to mould his own tools to express what he wants them to express.” 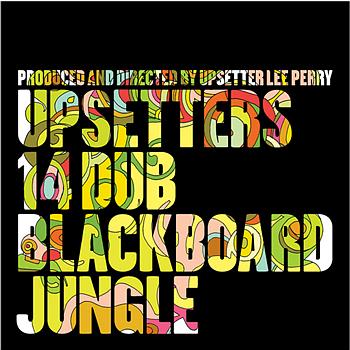 When did you first encounter this record?

“I still remember very clearly the moment that I heard it first. It was when I was still a teenager, still living in Sicily, and I was at this dub festival, close to the Etna volcano – one of those amazing dub-roots raves that they would have in my hometown. I still remember us dancing in the sand, the sun was shining and everything…it was kind of dreamy [laughs]. Then suddenly I heard this thing that was simultaneously so in theme, shall we say, but at the same time so different. It just sounded very weird. And I was like, why does this sound so different to me, am I fucked up? [laughs]. It was really something inside the sound. And that was my first encounter with Lee Perry.

“I approach the selector and saying, ‘What’s this?!’ And he says, it’s from this, and I see the cover of Blackboard Jungle Dub. And I was like OK, I need to go deeper. It was so intense: this extensive use of sampling, but very raw, but not so treated. Sounds that are actually very mimetic of the jungle: the screaming, the strange birds, the lions. It was incredible, because when you listen carefully you realise that these are not samples of animals, this is Perry using studio tools in such a revolutionary way. For Perry it was so easy to, how to say, mould his own tools to express what he wants them to express. You know, it’s just a phase and a tape delay in a chain…any original signal, with auto-oscillation, to make the sound of a lion roaring, you know? [laughs]. I was like OK, this is really revolutionary for my ears. Using noise, and deforming it into something that is very musical and expressive.”

“The roots of the passion I have for treating field recordings and transforming them into music comes from that kind of early dub experience.”

Would you say the record has influenced your own work?

“It was so important to me…I did a lot of interviews about my album of 2011, and people often asked me about this ultra-extensive use of field recordings, and I can say that the roots of that passion I have for treating field recordings and transforming them into music comes also from that kind of early dub experience. With sampling, if you think about it philosophically, you’re actually taking a part of the external reality, which is a chaos of sounds that are not yet music, and then you’re putting them into something that is totally yours. That’s a very high level artistic process. For me it’s like trying to translate reality into artistic language…it’s really like cutting a bit of reality and putting it into your very subjective mind-trip, you know what I mean? That’s why that album was, and still is, so important to me.” 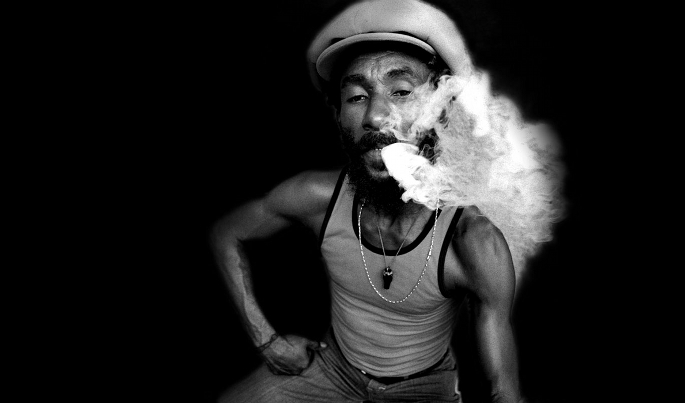 Perry – and a few other dub producers – used the language and imagery of science to describe what they were doing musically. They thought of dub itself as a kind of science. Is this something you were conscious of when coming up with the name and style of Stroboscopic Artefacts?

“The name of our label suggests to you this, yes, laboratory approach. But also very hand-made – that’s the sense of ‘artefacts’. Because I don’t have a ‘sound’ to my label in terms of what I choose to release, but there is an ‘approach’ that’s very important to me… I need to feel that these things are really hand-made, and by that I mean very personal. Like sculpture. If the approach is personal like that, then the result will be unique. If your approach is very honest and and personal and sincere, then of course the product will be very much your own. Of course, you can absorb influences from around – I believe it’s very right to do so, and it’s a way of showing respect to a scene – but it’s about delivering your own interpretation of those influences. Of course I’m speaking from Berlin, a place where it’s very easy to end up using influences without giving your own contribution to the scene. It’s very easy to just stand still here, you know what I mean?”

“If your approach is very honest and and personal and sincere, then of course the product will be very much your own.”

What have you currently got lined up on the production front?

“There are two really nice projects which are coming together. One is an EP on Mote Evolver which I did with someone else – I can’t reveal the details now, but it should be very interesting. Then there is another project, a collaboration with a different artist, which is actually a full-length album coming on Stroboscopic Artefacts, and which took like a year and a half to complete; for me it was a real dream team with the person I collaborated with. When we started we wanted just to make an EP, so we said OK, let’s spend some time in the studio together and make a couple of tracks, and after half an hour things became so serious, you know? No talk. We saw each other’s eyes and we both knew, OK, this is not just going to be an EP. So we continued working on it, without any deadlines, taking out time – because we live in two different cities, two different countries even. It was a really crazy experience.”

What about the label?

“Then for Stroboscopic… we’re at the last stage of the Stellate series, we have one in the pipeline for December, so we’re trying to deliver on our promise of doing four releases in one year [laughs]. I’m a very happy with how this one has turned out, it’s the perfect way to close the series.

“Next week we have a 12″ out which is a split between Pfirter and Kanding Ray… which is a very strange couple of artists to put on a split vinyl, but then that’s what made it interesting for me. And they managed to kind of express two different worlds that live together in the techno scene – one very lyrical, poetic, let’s say the ‘inner’ side, and then from Pfirter quite edgy and industrialised stuff. This friction on one 12″, just one object, is interesting for me. Next year is the album from Dadub, which I’m really excited about.”

“I really don’t believe that electronic music can be reduced to a single genre.”

Are you enjoying running the label? Seems like it’s really taking shape for you, pointing in interesting and different directions.

“I really don’t believe that electronic music can be reduced to a single genre. What I find very interesting in the scene at the moment is when I see cross-pollination – some of the best albums and EPs I’ve heard in recent years, all of them, these things that really touch me, are about the cross-pollination of genres. You can’t really say what it is… is it techno? is it broken beat? Is it, I don’t know, underground dubstep? Whatever it is… it’s just beautiful and it works amazingly on the dancefloor. That’s the point, and that’s where I’m trying to go with the label.”