“It all makes sense for that hour you’re on stage.” Little Dragon talk intensive touring, vibing with Big Boi 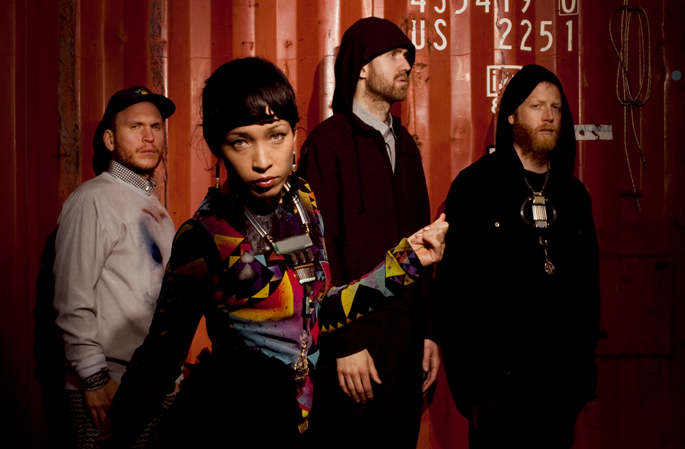 Little Dragon are knackered. They’ve spent the best part of the last two years on tour.

The Swedish electro-pop four-piece have been doing their R&B-tinged, melancholic dancefloor thing since 2006 and have gained a creeping international recognition for their efforts. With three albums (most recently 2011’s Ritual Union) already under their belt, it is arguably unjust that Little Dragon are probably best known for their epic and varied collaborations: Gorillaz, Raphael Saadiq, DJ Shadow, Dave Sitek and SBTRKT have all benefited from mining a little of their Scando charm.

FACT’s Clare Considine spoke to lead singer Yukimi Nagono to find out about their forthcoming album, vibing with Big Boi, and how they feel about being pop’s most prolific collaborators.

“There’s a high from touring that you crave. It all makes sense for that hour that you’re on stage.” 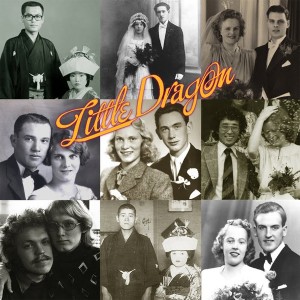 What are you guys up to at the moment?

“Right now we’re working on music for the new album. I don’t really know myself yet what to expect. I think that it’s just about trying stuff and trying to take ourselves into a new space. The aim is to try not to repeat ourselves but still be who we are. It’s quite hard to do as we have such a distinct sound. It was always going to be challenging, but that’s all part of the process and it wouldn’t feel special otherwise. We’re just trying to write songs every day.”

How do you feel about what you’ve come up with so far?

“I try to just write stuff and almost not even think twice about it until later. Once I’ve written it I’ll give it some space, then come back to it later and kind of put my brain on and listen to it then. At this stage I like to be in a flow and not be too critical, because otherwise we’ll be afraid to do anything. You just wanna try stuff and not have your critical mind on at the moment – just kind of enjoy it. Even if you write songs that may not end up on the album, I think it’s just part of eking the good ones out.”

“The aim is to try not to repeat ourselves but still be who we are.”

Any ideas when the new album might be finished?

“It’s pretty up in the air, which I think is nice, because the last couple of years have been so much about dates and schedules and touring and it’s almost to the point where you feel like you’re constantly talking about things that are happening in the future. I think it’s really nice to finally have a chance to not have any shows and just get into the routine of being home, which is really different.

“Since the first album we’ve been touring pretty intensely. It’s always been something that we’ve kind of had to do to not have to get dayjobs. So this is actually the first time that we can actually afford to be home as well. So we’re definitely not taking it for granted.”

“I love the feeling of being on stage and being there with the crowd. All of that is really, really special to everyone in the band. But I think that there also comes a point when you over-tour. I’m sure a lot of bands can relate to that feeling. It can drain you a bit. The travelling schedule these days means that you can play in places all over the world. Because of the internet people know your music, so you can play anywhere if you want. So the travelling schedule can be pretty inhuman sometimes. But then there is also a high from touring that you crave. It all makes sense for that hour that you’re on stage.”

You guys co-wrote and performed a track with Big Boi (‘Mama Told Me’). But it’s not you guesting on his album. What happened there?

“We were in the studio with Big Boi and I sang that song and wrote the little bit to it. The song was already really good. I just loved it instantly. I can’t really go into details of what went wrong, but hopefully that’s the last time we have to be in a situation where the business end of things kind of ruins it for us.

“I like it still, with Kelly [Rowland] singing it. It definitely is more RnB with her voice on it. But it sounds good to me. And it’s fun, actually, to hear such a big pop artist sing the little part that I wrote.

“We all really vibed with Big and his crew. So they invited us back over to Atlanta recently. We just got back from there this weekend. We wrote ‘Mama Told Me’ a year ago when we were still connected with our label. But now we’re not and we’re gonna be on his next album for sure.”

“We all really vibed with Big Boi and his crew.”

“We’ve done so many collaborations as a band, but it’s never really been our intention to be like ‘OK, let’s look for a new collaboration’. With pretty much every collaboration that we’ve done, we’ve been really fortunate to have artists who we love ask us to be on their record. It’s funny, I always say – even if it’s your favourite artist in the world, it doesn’t necessarily mean that you’ll make good music together. So it’s not something that we’re looking for, but if the vibe is there – why not?

“We’re still kind of collaborating with each other as a band and there’s still so much to discover there. So it’s nothing that we’re really searching for unless it happens organically. It’s always really flattering when someone asks you. You feel really happy that they thought of you. But you have to be selective too – you don’t want people to get tired of you.”

Do you have any more collaborations in the pipeline that you can tell us about?

“We have no real plans to do anything with SBTRKT at the moment. We’re good friends though, so who knows. I’m sure we’ll remix each other’s stuff. We’re also good friends with the De La Soul guys, so we might do something with them. We’ve just sent some stuff back and forth between each other and we keep talking. They’re working on music and stuff, so it’s exciting.

“At the moment it’s all about down time. It’s about writing and trying to get our feet back on the ground.”

“Our main focus is what we’re doing as a group. That’s actually been our focus all of the time – we’ve never had any guests on our own albums. Sometimes the collaboration work that we do has more success than our own albums. Which, of course, can be frustrating at times – you feel like people have only listened to your collaborations and maybe not your own music. We have three albums and are moving on to a fourth. But I’m really proud of what we’ve done and it’s only raised awareness of us as a band, so there can’t be anything bad about that.

“But at the moment it’s all about down time. It’s about writing and trying to get our feet back on the ground.”