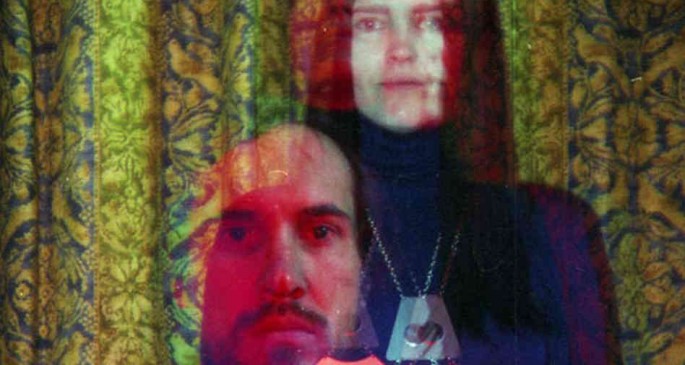 Enlisting Broadcast to soundtrack his film had to have been Peter Strickland’s easiest call on the job.

A hallucinatory trip through both the mind and the inner life of sound, Berberian Sound Studio tells the tale of a sound engineer, nebbish introvert Gilderoy, who, homesick in rural Italy and increasingly paranoid, is struggling to remain sane within the titular and vaguely purgatorial post-production offices while working on The Equestrian Vortex, a fictional 70s Italian horror (also known as giallo, though some film buffs will argue The Equestrian Vortex doesn’t qualify as such).

With shades of Coppola’s dark surveillance classic, The Conversation, Strickland’s film quickly establishes an oppressive and machine-like rhythm of mounting dread and nightmare-loop repetition, reflective of the latching shudder of tape reel and sound-desk slots, while the technology itself is fetishised throughout the film during claustrophobically intense sequences that recall Harry Caul’s procedural craft.

British director Strickland’s meta masterpiece is as much a meditation on the psychotropic properties of sound as it is a paean to 70s Italian horror, making it perfect material for hauntology progenitors Broadcast. Dedicated students of esoteric cultural arcana, the band have for years now explored themes of process, the mechanical nature of making music, and the thin gulf between fact and fiction in postmodern times, via the unnerving subconscious echo of music from a more innocent age. With its nods to recording decay, its artifice devices and its eldritch tones, Berberian Sound Studio is, uncannily so, the film you imagine Broadcast would have made had they ever gotten round to it. It’s their vibe visualised: what Ghost Dog: Way Of The Samurai was to RZA’s mid-90s work.

“I lost Trish [Keenan] whilst working on this soundtrack,” says James Cargill, the late Keenan’s romantic partner and now sole remaining member of Broadcast. “She was my partner in life and music and the creative force behind Broadcast. She wrote most of the melodies that appear in the film, which I then arranged as the edit progressed. I miss her very much.”

“Although the themes were written for the ‘film within the film’, the audience are watching Gilderoy most of the time, not The Equestrian Vortex. So we had to make sure the music worked on that level too.” 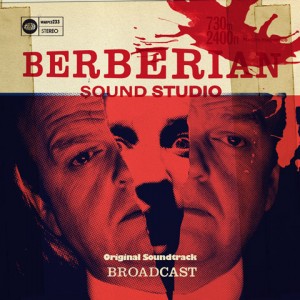 Was your remit to do a straight ’70s giallo soundtrack or a soundtrack for a film about the making of giallo film in the ’70s? The boundaries seemed blurred on the soundtrack.

“To give the album the effect I wanted I did play with that idea a little, by including sounds from the Berberian studio and Gilderoy’s sound effects from home, not just the giallo he’s working on. We did talk about doing the soundtrack as the soundtrack to the film within Strickland’s film (called The Equestrian Vortex) and just include the music from Santini’s film with his sleevenotes etc. But we decided against it.”

A lot of giallo scores employed electric guitar, or more generally speaking a ’70s rock style. Was there a reason you avoided that side of things for Berberian Sound Studio?

“The first pieces we recorded were more like that. But as the editing progressed Peter’s preference was for the mournful themes that now appear on the album. Although the themes were written for the ‘film within the film’, we (the audience) are watching Gilderoy most of the time, not The Equestrian Vortex. So we had to make sure the music worked on that level too, the themes had to resonate with his character and his yearning to be back home in Dorking, as well as providing the score for Santini’s film.”

“I was conscious of the pastiche aspect to making a soundtrack like this, but I couldn’t see a way round it in the end…Gilderoy is working in an Italian sound studio in 1976 so I had to be considerate of that.”

Did you take influence from any non-giallo horror soundtracks? The organ parts remind me very much of Philip Glass’ Candyman score.

“I’m not sure it qualifies as a giallo, but we were listening to Nicola Piovani’s Le Orme soundtrack and it’s sparse use of organ and flute. And also a little from Valerie, Her Week Of Wonders and Czech New Wave film-making.

What did you do in production and/or post-production to achieve the effect of an ‘old recording’?

“I used mostly mellotron – its presets are pre-recorded tape loops so it inherently has that sound…I also used a dictaphone to record the autoharp and cymbals. I was conscious of the pastiche aspect to making a soundtrack like this, but I couldn’t see a way round it in the end…Gilderoy is working in an Italian sound studio in 1976 so I had to be considerate of that.”

What aspect of the signature ‘Broadcast sound’ did you bring most to your approach?

“I don’t really know. That might be for others to point out. Perhaps the sentiment in Trish’s melodies.” 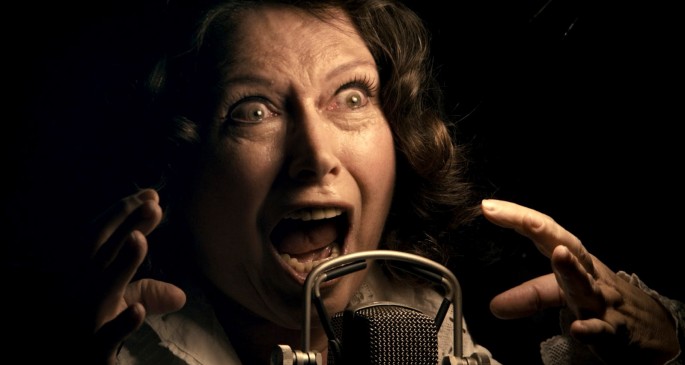 What was the mood like in the studio during recording? It’s a pretty creepy album.

“I created it mostly in my flat as opposed to the studio. It was very back and forth between me and Peter. He would be in the editing room trying out different themes and I would send him variations or new ideas as the edit was evolving and await his approval. The album came together after the film was completed, so I wasn’t sure how it was going to work initially as all the musical pieces had been composed as short themes. As I added foley and dialogue to bridge the musical themes I liked the way it was starting to sound – similar to the minidiscs I used to make back when I was recording audio from videos I’d rented…I always preferred those to the actual soundtrack releases which often sounded a bit sterile.”

What’s your favourite giallo soundtrack? It was quite an experimental style what with all the the dissonant nose, which was really ahead of its time for the early 70s.

“I like how the Italian composers would use avant-garde sounds and counter them with almost naive, childlike melodies. Morricone was a master of that – the simple lullaby followed by avant jazz-improv and orchestral effects. The Bird with the Crystal Plumage soundtrack being a good example.”

“It was starting to sound similar to the minidiscs I used to make back when I was recording audio from videos I’d rented…I always preferred those to the actual soundtrack releases which often sounded a bit sterile.”

Can you tell us a litte about the division of labour in the recording process. Who handled what, between yourself Roj Stevens, Steven Stapleton, Dan Hayhurst and Clive Graham?

“Peter specifically asked us – Broadcast – to compose the musical themes for the film within the film (The Equestrian Vortex). But generally I think Roj and the others were more involved in sound design whereas Peter’s role was to collect all the different sounds and music and essentially created the score as he edited the film.”

Can you tell us a little about the longest track on the album,’Teresa, Lark Of Ascension’. It’s the only track you’d describe as benign. It’s quite ethereal.

“It’s a variation on ‘Teresa’s Theme’ that Trish recorded for the film. We didn’t use it in this form in the actual film but I wanted to include it on the soundtrack release. It’s based on the kind of ethereal repetition that Morricone used, which is also my favourite aspect of his work.”

What was giallo’s relationship with Italian catholicism, do you feel? Here we have a set of filmmakers from a deeply religious country, making some pretty profane art, that nevertheless was full of religious imagery.

“So much gialli appear to have anti-Catholic sentiment. Lucio Fulci’s Don’t Torture a Duckling and Aldo Lado’s Who Saw Her Die features a priest that’s a murderer. It also has a superb Morricone soundtrack, incidentally. But in general giallo seemed openly critical of the Church.”

For a largely orchestral style of music, it’s surprising how crucial rhythm was in the giallo scores: lounge jazz rhythms, waltzes or in the case of your own The Equestrian Vortex… a kind of proggy swing. Was that something you wanted to take extra care to recreate?

“Morricone always had this avant jazz thing at the core of his rhythm section. He made quite a few albums using jazz drums and orchestral sound effects. For example, the Dimensioni Sonore library albums he did with Bruno Nicolai are full of that style. So yes, I was giving a nod to that, along with Morricone’s Gruppo di Improvvisazione Nuova Consonanza project.”

“I like how the Italian composers would use avant-garde sounds and counter them with almost naive, childlike melodies. Morricone was a master of that.”

There’s always been a postmodern quality to Broadcast. Do you think that played a part in your score for a vaguely ‘meta film’? For example, there’s quite a lot of additional anachronistic elements alongside the imitative period detail – industrial noise etc- that gives the sound an intertextual quality.

“Berberian Sound Studio is set in 1976, so the music had to sound fairly authentic so as not to undermine the attention to detail in the visuals. That said, with the soundtrack release I wanted to make it sound more like a recording you’d make were you to lift the musical highlights from the video rental. I didnt want it to to sound like it came off a VHS exactly…more like a collection of themes and sounds that captured that particular grain of scratchy celluloid rather than the feel of a conventional soundtrack album.”