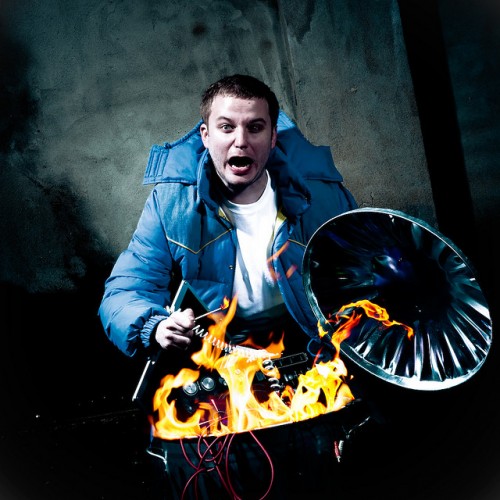 If there’s one constant in dubstep, it’s that someone is always declaring it creatively dead.

Certainly since its breakout from the micro-underground in 2006, and probably going right back to the very start, a new factor that is “killing dubstep” seems to have come up monthly: Americans, students, ketamine, egos, coke, being too white, pop remixes, maleness, jetlag… and of course tear-out tunes.

The crux point came, of course, with Caspa & Rusko’s Fabric mix in 2007: the commercial breakthrough for the sound, and one which influenced a whole second generation – young acts that I’ve interviewed, most notably Flux Pavilion and Modestep, will frequently cite it as the first dubstep they ever heard, and of course there are now kids starting to go out for whom it’s been the soundtrack of their entire musical development. 2007 was also the year of Canadian Excision’s first releases on Rottun Recordings that marked the birth of “filth”. As far as a generation of grumpy old (and old-before-their-time) men are concerned, that was dubstep’s annus horribilis.

This is music that is alive and kicking hard, and you should get used to that.

Yet here we are just over five years later, and for all the hundreds of pronouncements of doom, dubstep is doing just fine, thank you. Neurotic trend-chasers may have abandoned dubstep producers in many cases, but they’ll be back. It is as much a part of the global musical landscape as techno or house – and the fact that techno and house are both still able to throw up exciting new variants despite being something like 25-30 years old should tell you everything you need to know about dubstep’s prospects. And that includes the rowdy stuff.

I have been right in the thick of it, consulting on the Ministry Of Sound Sound of Dubstep compilations, now up to the fifth volume. I won’t pretend I love every track on there – they are commercial compilations, designed to cover all bases, and inevitably choices are going to be made on those bases as well as aesthetic ones – but I am constantly surprised on listening through to candidate tunes just how often they hit me with the visceral thrill of hearing something new, mad and brilliant. This is music that is alive and kicking hard, and you should get used to that, for the following reasons… 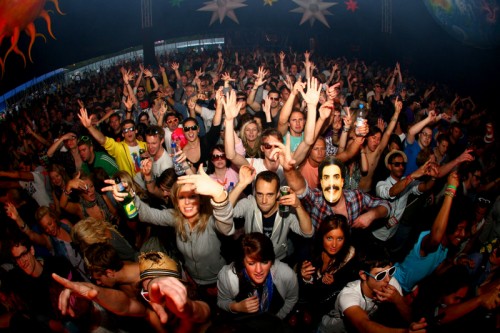 Listening all the put-downs you hear of rowdy dubstep, you’d think it was a complete betrayal of dance culture, a systematic removal of the groove and “whitening” of the sound beyond all recognition. This is, however, usually said by people who don’t dance. Dubstep when it originally came along wasn’t just a new sound, it was a systematic re-wiring of the relationship of electronic music to the body: its movements swinging, swaying, full-limbed, big. The half-tempo undertow and the emphasis on notes that throb and undulate as much as on percussive hits have their own very particular sensualism. And the push-pull dynamic that you can hear in the most minimal eyes-down tunes is still there in the rave-beast tracks.

Yes, OK, a moshpit full of teenage boys can be irritating in a club, as can a front row full of guys with their shirts off pumping their fists relentlessly. But look past that: plenty of times I’ve witnessed girls winding their waists and people throwing proper shapes to the same music on the same dancefloor as the rowdy contingent. Look at the brilliant (seriously) Got To Dance on Sky: with each series, you get more and more fifteen and sixteen-year-olds demonstrating insane moves to full-tilt brostep, beautifully fluid fusions of popping, jerking and robotics, with every joint and muscle in their body locked in to the bass undulations as much as to the drum patterns. This is our grass-roots dance music and we should be proud of that. 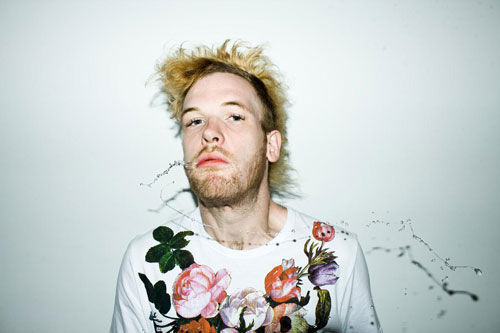 Maybe this sounds obvious, but again, the attitudes that want to dismiss dubstep have it down as completely lacking in narrative or structure, just the relentless pursuit of “the drop” over and over again, without light and shade. And yeah, this can happen – but when it’s done right, it’s about a DJ style that draws you in and changes your perception of what you’re hearing. Rusko’s hairdo, love of goofing off and way with a memorable, silly sample might have helped him along the way to superstardom, but what really got him there more than anything is that he’s a kick-ass DJ, who can read a crowd, take them on a journey with highs and lows and all the other age-old cliches that are still valid for good reason. Listen to a Hatcha show on Kiss FM with Crazy D on mic. Watch one of Hatcha and N-Type’s 6-deck Sin City spectaculars sending a crowd apeshit. The quick cuts and sudden lurches and eruptions of tear-out mark it out as the sound of the CDJ generation, of post-EZ DJs. Hearing it as it’s meant to be heard is about the opposite of the tedious Ableton-enabled slick blends of minimal techno and electro-house, it’s about good old-fashioned crossfader pyrotechnics and eye-popping “did they just do that!?” moments. 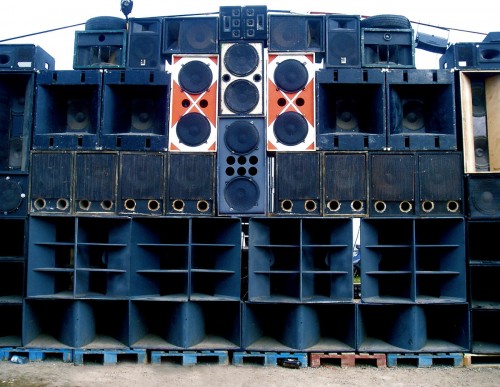 “It’s all about the mid-range, tantrummy, shouting sounds” – er, what exactly are you listening to your music on? Turn up Caspa, Rusko, True Tiger, Stinkahbell, Subzee D, Hizzle Guy, Stenchman, Dr P, Jakes, Excision or whoever good and loud: the bass overpowers everything. It’s maximalist music, and while it doesn’t give you the same effect as going in deep with spacious, purely dubwise minimalism in a darkened room, neither is it completely removed from that. It might be noisy dubstep but it’s still dubstep: the intense, direct body hit of subsonic immersion is still absolutely vital to the raving experience. 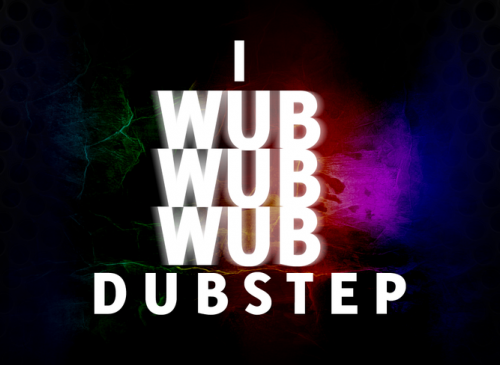 You know that constant barrage of scrambled sound that makes you wince like someone’s just jammed a carrot into your eye socket? People enjoy that. And people enjoy not just a that couple of seconds that you can’t endure – they enjoy eight hours solid of it, blasted through their bodies and brains at ferocious volume as they go completely apeshit. This is demented, delirious, psychedelic raving music, that owes its existence to an unholy fusion of pirate radio music and The Aphex Twin, and it is shot through global pop culture from daytime Radio 1 to the grimiest provincial squat rave, London’s council estates to fratboy keg parties in American colleges – what’s not to celebrate there? 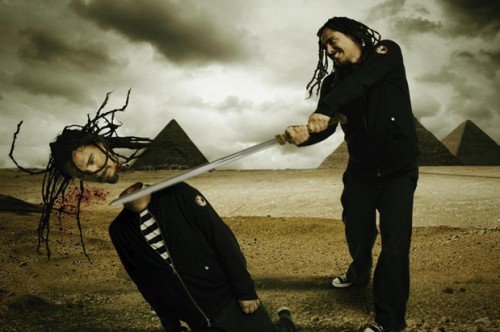 – and what? One of the oldest and most tiresome of all the disses of noisy dubstep is to call it “heavy metal”. Like metal isn’t one of the UK’s greatest ever exports. Like the skill and passion of metallers aren’t amazing. Like metal’s ability to sustain itself over decades despite the derision of outsiders isn’t inspiring. Like Reign in Blood and Back in Black and Appetite for Destruction aren’t among the greatest records ever made. It is actually kind of a good analogy, though, if you strip away the insult: you could say that tear-out dubstep emerged from the original version and swept the world in much the same way as metal emerged from the ’60s British blues boom and did likewise. And you know what? That Korn dubstep album is actually really, really good – yeah I went there. But “heavy metal” as an insult? Please! 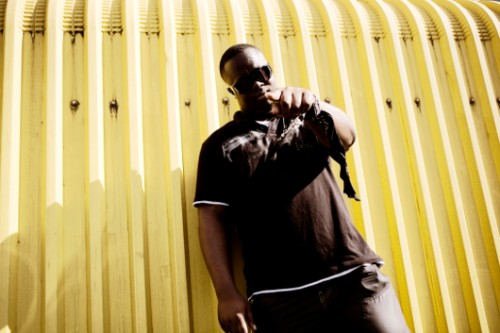 Grime guys know. I’m not just talking about P Money jumping on ‘Sweet Shop’, either, but the fact that as musical first cousins, grime and dubstep have never been fully separated. Ask Slew Dem’s Spooky, one of the greatest DJs in grime and an important producer, about his collection of Rusko vinyl going well back before the Fabric mix. Ask Coki who he’s been working with recently. Ask Stinkahbell, Sukh Knight, Stenchman, Gemmy, Joker, Rossi B, Chimpo, Slaughtermob and all those other top-ranking producers with feet in both camps. Ask Plastician, who has long said that the mid-range riffs in dubstep are nothing that wasn’t there in grime already. Ask anyone who’s seen Virus Syndicate absolutely tear up a rave. Ask every grime MC who’s ever jumped on a rowdy dubstep set and visibly loved every minute of it. You could even [ahem] ask Kozzie, Marger, Mr Mitch, J Beatz, Lewi White and Terror Danjah (pictured) how they thought they fitted in on my Adventures in Dubstep and Beyond compilations. 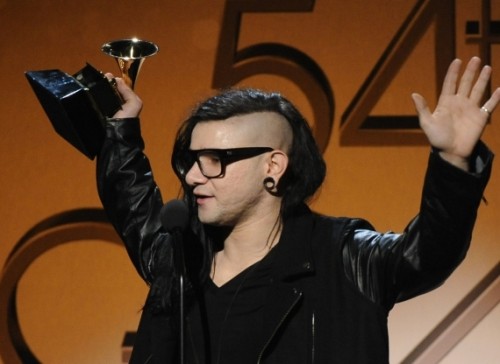 It’s a better gateway drug than trance and electro house.

Self-evidently. If a teenager gets into Dr P and Skrillex, the door is wide open for them to discover not just the likes of Foreign Beggars and Virus Syndicate, but also the whole history of dubstep and bass and wider experimental electronic music. They may not ever develop their tastes beyond what they like at 13, of course, but on the other hand they might – and because dubstep is so radically mongrel in its nature, the connections to other sounds and opportunities for discovery are greater. 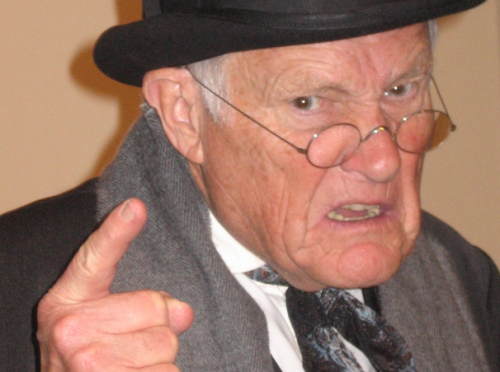 It riles the right people.

“It’s an insult to our memories of ‘real’ dubstep”. Good. If your faith in the music that you purport to love is so shaky that you need to spend your life slagging off other people’s tastes in order to justify it, then you deserve everything you get. “Real music” bores are always tedious, whether they’re fighting the case for “real” rock, “real” pop, “real” acoustic music, “real” techno, “real” hip-hop or “real” dubstep. So someone’s made a version of your music that you don’t like and it got popular? Well BOO HOO.

If you really believe in “your” music, then have faith in it. I’m old enough to have witnessed techno get swamped repeatedly by tedious trends – years during which every second-rate producer did nothing but imitate Jeff Mills, or Richie Hawtin, or Villalobos – but I never thought this was killing techno, because I had the gumption to seek out the good stuff and whenever possible steer clear of the crap. And techno is still fine to this day, with amazing, exciting, original records coming out every week. You can never avoid rubbish music entirely, this is the nature of the beast, and we all get pissed off sometimes but jesus, some people seem to literally dedicate more energy and words to complaining (and by extension passive-aggressively boasting about how good their taste is) than to actually supporting the music they like. So kids getting ripped to the gills on cheap drugs and throwing themselves about to noisy music upsets you? Good. Stay upset. 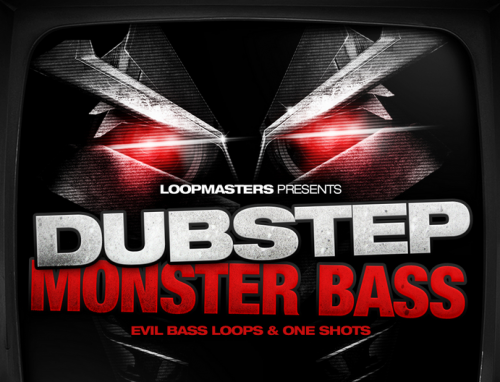 It’s going to get louder. One day, someone is going to make a dubstep Reign in Blood, or create a dubstep grindcore scene, and everything you think is too much now will seem like Morcheeba in comparison. And that is going to be a great day. Watch out.