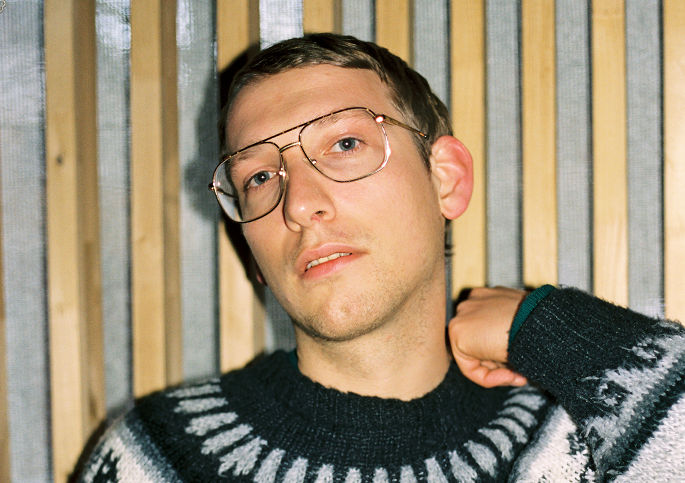 Aera has been one of house music’s best-kept secrets for some time now. Over a series of self-released 12″s singles, the Berlin-based producer has explored lurching boogie, chugging house and more – in one sense, his music is quite classic, with the sort of texture that you can still only really get from sampling sources outside your computer, but in another it’s some of the oddest around, with sudden chops and breaks in rhythm betraying an artist that doesn’t like to sit still. It’s appropriate then, that his debut album – Offseason Traveller, due next month – was started while Aera was travelling South America in 2011, and finished while working full-time back in Berlin. He picked ‘Snow in Summer’, by hardcore act Cru-L-T (1994).

What made you pick this record in particular?

“When I first knew I was doing this interview, I didn’t so much think about what record I was going to pick as how I was going to pick it. There are 100s of records that have influenced me in some way, so I thought I’d just pick the first one that came to mind, or I’d still be thinking about it now. Ever since I first heard [‘Snow in Summer’], it’s been been running through my head – that melody, that [vocal] refrain – and I guess it just happened to come into my head when I was thinking about this.”

When did you first hear it?

“In our little basement studio – well, I say studio, we had a record player, a sampler and an AKAI – me and my brother. My brother was a little older than me, and he was really into hardcore. That’s where I first heard it.”

Did you used to produce with your brother?

“We produced a few things, it was more sharing ideas and sharing the equipment though. Apart from one or two tracks that we did together, it was less working with each other and more just talking about music and ideas.”

He’s older – did he get you into production?

“No, he actually got me into DJing and records. I was actually the one who had the first keyboard and synthesiser. That’s my thing, he was more the DJ and record collector. I think it was back in ’95 that I started making music, but it wasn’t until 2006 that my first record came out. I was just playing around, just doodling, but I never really sent demos out. I’ve never really been into that.”

I’ve not spent a massive amount of time on the album, but what struck me about the singles that led up to it was the sense of rhythm – weird choppy rhythms, slowdowns and speed-ups, stuff like that. So I thought it was interesting that you picked a record with a lot of breakbeats.

“Well when I make music I tend to play out the rhythms and not quantise too much. I use a lot of samples as well – old drum breaks, etc. It’s probably the case that one of the breaks sampled in ‘Snow in Summer’ I’ve sampled as well. I was always into sampling – I always had a keyboard, but once we got the AKAI and the Atari I got big into sampling. Somethings things don’t really fit, but then they make sense once you turn them into a beat.”

Do you still sample a lot on the new album? It sounded cleaner, to me.

“It’s hard to say. For the melodies I tend to use synthesisers, but with drums a lot of the textures are sample-based. Often I’ll use samples [first] to set a certain mood, or atmosphere, then add baselines or synth-lines.”

Where do you think the new album is coming from?

“Well I had quite a quiet 2012 – I didn’t release as much or play as much, as I was working full time. In 2011 I spent six months in South America, so first, what I saw during the trip influenced the music – not in terms of South American music, but more just being out there, on the road, it was six months of total freedom. Each day, a new city. That’s one thing that influenced it, but on the other hand coming back to Berlin and working again – I had to use every spare hour to make the music.

“If you compare it to [my past] singles, I can tell much more of a story with a full length record. It starts pretty slow, then gets into darker territories before coming back into the light when it finishes.”