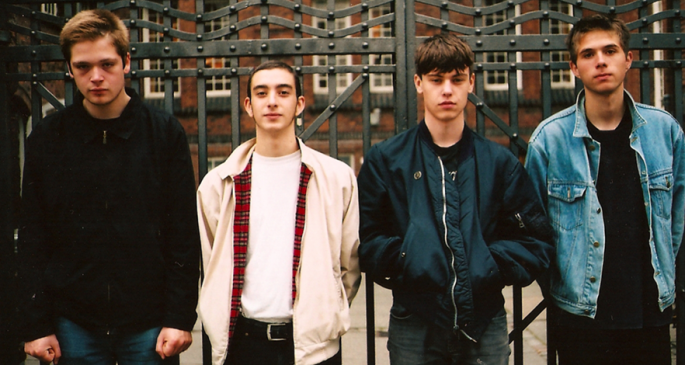 Fair-weather hipsters or avant-punk visionaries? Whatever your views on the divisive Iceage it’s nonetheless down to the Danish four-piece that, for the first time in a long time, people are talking about punk again.

In a hale of chic nihilism and baby-faced evil they arrived in 2010 with debut New Brigade, a revelation for disillusioned punk and part-time moshers alike.  Initially it seemed a fairly hackneyed sound: what’s so mind-blowing about a bit of genre-splicing? On closer inspection, however, it transpired the Danes had hit upon a new compound inhabiting a previously uncharted midpoint between post-punk’s macabre angst, punk’s rage and no-wave’s so-called ‘sick noise’. It was an oddly discomfiting version of teen rebellion, and that’s precisely why New Brigade caught the attention of so many.

Pretty soon the internet was abuzz with the Danes’ electrifying music, and they were declared heroes – the saviours of transgressive art-rock. Until, that is, shortly before the February release of follow-up You’re Nothing, when the Magic Muscle Media blog ran an article entitled ‘Chic Racism Elevates Hardcore Band Iceage to Hipster Fame’, and suddenly punk found itself in the spotlight for all the wrong reasons. Accusing the Danes of courting fascism, the article cited the band’s Burzum tattoos, the appearance of known neo-nazi band White Nigger on the bill of an Iceage-curated gig, their alleged referencing of Nazi runic iconography (with New Brigade’s ‘White Rune’), the KKK-esque scenes featured in the video for ‘White Rune’ and, most controversial of all, a picture taken at an Iceage gig of a man performing a Nazi salute.

In the months following the article the band have come under intense scrutiny, with every publication from here to the NME to the New York Times picking up the story. Several blogs have even gone so far as to publicly condemn various music journalists who’d championed the band. The decriers cite as incontrovertible evidence an illustration frontman Elias Rønnenfelt drew, depicting murderous Klansman, their hoods marked with the Iron Cross, on the verge of knifing their captive victim.

Like every other ‘zine under the sun, FACT have taken the offer of interview time with the band as an opportunity to hear their side of story. Here’s guitarist Johan Surrballe Wieth. 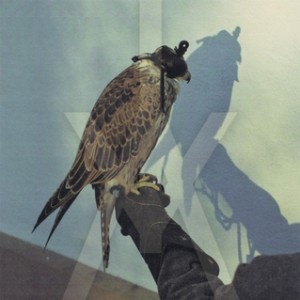 Not bad. On a scale of one to ten, how fed up are you with interviews?

What have you be doing today?

“Apart from interviews, we’ve been practicing.”

Do you practice a lot? The songs on You’re Nothing are more accomplished than what’s come before.

“Well because we’ve played so many shows together now, naturally we’ve gotten to know each other as musicians and learned to play our instruments better. So the music becomes tighter.”

So, like any other group of people who spend all day every day with each other, are you sick of each other yet?

Do you still live with your parents?

What do your parents think about your music?

“I dunno about the other guys but my parents have expressed a liking for our music.”

Is your Dad a bit of an ex-punk?

“Ha, yeah he is kind of. I learned about all the old punk music stuff from him.”

“I don’t feel very grown up at all. I actually feel almost like I’ve grown younger.”

Has he been to any of your shows?

“No, none of our parents have ever been to one of our shows.”

So, level with me – is ‘Ecstasy’ about shagging?

“Ha..sort of. It’s about intimacy as it relates to alienation.”

Whereas your debut was post-punk in nature, on You’re Nothing there’s a marked transition to punk.

“I don’t know if I agree, but I see what you mean. I don’t know if You’re Nothing is ‘punk’ or ‘post-punk’, per se….I just see it as a rock record. I think the only change this time around is that we’ve become better at converting what we have in our heads into music.”

Whereas before there was an emptiness to your music, on You’re Nothing there’s a lot more passion?

“Lyrically speaking, the album is much more straightforwardly emotional. I think that, like any human being, we feel a lot of conflicting emotions at once. Not necessarily negative or bad emotions, but strong ones. And I think, since our debut, time has made them clearer to us.”

Do you feel like you’ve grown up a lot over the last few years?

“I don’t feel very grown up at all. I actually feel almost like I’ve grown younger.” 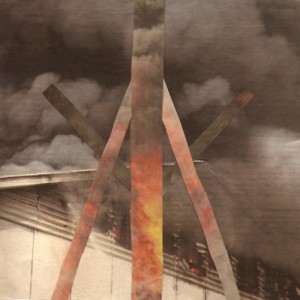 Has it been quite an overwhelming experience?

“It’s overwhelming to be able to spend all our time doing the thing we love – the only thing we can do, in fact. Which has been nice. But some parts have been scary, I guess.”

How about the accusations of fascism?

“It’s been very stressful, of course. It’s a very, very strong accusation. Especially when you have only resentment for the type of person the press are claiming you are.”

Has the band discussed what you’re going to do about the situation?

“I think we’ve tried our best to address the situation: we’ve explained ourselves so many times by this point. I mean, we’ve been very honest and explained it’s of course a big mistake and all a big misunderstanding, but some people just don’t want to accept what we have to say on the matter, I guess.”

But would you say that, as the Copenhagen scene has expanded, there’s been an increasingly violent element turning up to your shows?

“I shouldn’t be the judge of who should or shouldn’t come to our gigs. Obviously there’s been isolated incidents when certain people are at the gig making everyone feel unpleasant, but in terms of a certain ‘group’ of people trying to orchestrate anything or push their agenda at shows, there hasn’t been anything like that. Mostly it’s just regular young people going.”

“All we want from being in music is honesty. That’s what punk is about, in the end.”

Would you describe yourselves as anti-establishment, much like any other punk band?

“Well I think that lyrically-speaking, or generally music-wise, our music is completely stripped of politics.”

Since the Copenhagen punk scene blew up have you seen an influx of what you might call ‘hipsters’ jumping on the bandwagon?

“That’s definitely one of the downsides of becoming increasingly well-known. At our gigs it’s hard now to discern between the people who just want to ‘run along’, as you say, who ‘just want to see the big elephant’, and the people who genuinely feel something for the music. If the music makes a person in the audience feel like they genuinely want to act out, that’s what we want. But if the person comes to the gig and are physical just because they read somewhere that’s what you’re supposed to do at an Iceage gig, then that’s not honest. All we want from being in music is honesty. That’s what punk is about, in the end.”

How has the new punk scene impacted on local culture?

“I think punk in Denmark is now breaching the Danish mainstream for the first time in years. It’s been strange. Yesterday we played a live TV show called Good Evening, Denmark, which is like this primetime family talk show. It was surreal.”

“When I’m, say, thirty, I hope I’ll be playing music that’s befitting of a thirty-year-old.”

How is life in Copenhagen? Your music seems very much product of your surroundings.

“Well…I’ve always been happy to live in Copenhagen, but not happy when living in Copenhagen, if that makes any sense. But I’m quite content to stay here for the time being, because it’s where I grew up and where my friends and family are based.”

What’s next for Iceage? After You’re Nothing do you plan on changing up your sound? A lot of punk bands ultimately grow out of punk.

“I think we’ll always be into punk music, but personally I hope I won’t always be playing it. When I’m, say, thirty, I hope I’ll be playing music that’s befitting of a thirty-year-old.” 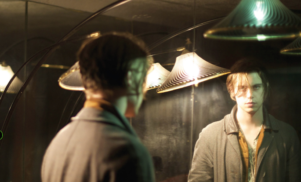 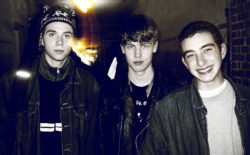