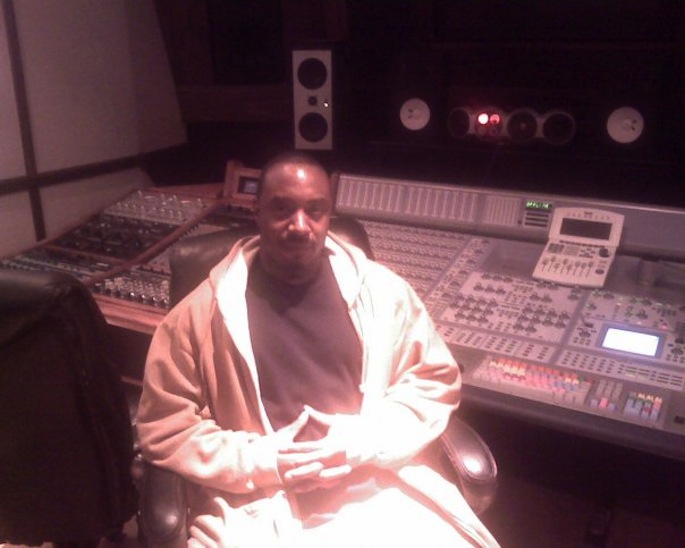 A genre’s Golden Age can be reduced to its geography — none more so than house music and Chicago.

The first decade of house music, from Jesse Saunders’ ‘On and On’ through 303-fueled acid to raunchy ghetto house concoctions, belonged to the Windy City, as did the genre’s touchstone labels (Trax, DJ International, and Dance Mania) and clubs (the Muzic Box and the Warehouse, the latter of which gives “house” its name).

One witness to Chicago’s house heydey is Victor Parris Mitchell, a DJ/producer alternately known as Victor Romeo, Parris Mitchell, and Rhythm II Rhythm (among other aliases) who has recently returned to the public consciousness thanks to renewed interest in his 1994 Dance Mania track ‘All Night Long’.

Reissued last year, ‘All Night Long’ might be generously described as rough-around-the-edges, fusing a body-jacking rhythm, jagged piano chords, and lyrics as catchy as they are sexual (“Clap your hands if you wanna fuck… stomp if you want to suck… clap your hands if you like the dick… stomp your feet if you want to lick”). The track is prototypical ghetto house, and while Mitchell helped spawn the genre, his story doesn’t end there.

During his youth, Mitchell attended music schools in the city, training on guitar and playing in bands. As a 16-year-old, he pressed his first record with a disco act called The Generation, getting local radio play but not much else. He later formed a short-lived band with Kevin Irving (best known for house classic ‘Children of the Night’), who Mitchell says was “like a brother” to him. When that band broke up, Irving and Mitchell starting making house music, hitting the Muzic Box and the Warehouse during Ron Hardy’s storied run.

“Dance Mania was one of the best Chicago labels that existed, by far… It was family.”

Mitchell’s house music career almost ended before it began. In 1986, he tried to make records with Rocky Jones at DJ International and Larry Sherman at Trax, but neither effort materialized. “I gave up on house music for about a year,” he says. Eventually, Mitchell befriended Trax A&R/’On and On’ co-writer/house innovator Vince Lawrence, who introduced him to everyone in the scene, including distribution heavyweight Ray Barney, who ran Chicago hub Barney’s Records. After hearing his cassette, Barney released Mitchell’s first house record, ‘You Can’t Fight My Love’, on Bright Star Records, under the serendipitous alias Victor Romeo.

It was a heady time for Chicago house music. “Anything would go if it was hot, if it made people dance in the club,” Mitchell reminisces. “It was just a good era, it was all experimental.” Along with a few singles, including his first on Dance Mania, he toured with R&B act Club Nouveau and learned about the music business while working at Barney’s Records.

Barney had taken over Dance Mania from Jesse Saunders when the latter moved to Los Angeles, and he’d serve as an “idea man” for Mitchell’s later work. In 1993, Mitchell was at Barney’s Records when the boss came in, inspired. “He wanted something hardcore and risque,” and he coined the term “ghetto house” before a single track ever existed. Barney would offer little more than ideas like ‘Whose Pussy Is This’ and ‘Masturbation’, and Mitchell would go off and create tracks that were just as raw as their titles. “Everyone’s talking about love and having a good time, let’s do something left-field,” Mitchell recalls Barney saying. Victor Romeo gave way to Parris Mitchell, reinventing his moniker for this nascent genre.

The so-called “Explicit Lyrics” Traxx EP and the Project EP (which includes ‘All Night Long’) are some of the rawest material Mitchell has ever released, perhaps due to being recorded straight to DAT: an 808, an MPC, a keyboard, all recorded live. Even more impressive is the DJ Funk collaboration ‘Follow Me Ghetto’ that appears on 1994’s ‘Life In The Underground’, which was recorded in one take: Funk programmed the drums while Mitchell worked the 303, and then Funk mixed drums while Mitchell played the keyboard. “Technology killed a little bit of that,” he laments. “But that’s when it’s fun.”

Mitchell continued to release music in the 90s, but thanks to a veritable explosion in vinyl reissues, his work is seeing even more interest than ever. Jamie Fry of Berlin’s Deep Moves reached out to Mitchell via Facebook in 2010 and has reissued some of his classic tracks across two volumes entitled Juke Joints. ‘All Night Long’ was sampled liberally by producer Bakey Ustl before being reissued last year by Wicked Bass, backed with a remix by Bok Bok. Mitchell has a collaborative project with the Night Slugs boss in the works and recently finished a remix for Ed Banger’s forthcoming 10th anniversary release.

Intriguingly, Mitchell will return to the label where he found the most success. This year, Dance Mania will relaunch, releasing unreleased and overlooked tracks from the vaults, as well as new material from the label’s roster. A perusal of Dance Mania’s Discogs page is eye-opening: over its 15 year run, the label released nearly 300 tracks by the likes of DJ Funk, DJ Deeon, Wax Master, Gant-Man, and DJ Milton, and it remains a time capsule of Chicago house music’s second wave. “Dance Mania was one of the best Chicago labels that existed, by far,” Mitchell says. “It was family.”