The slack is back: indie breakout Mac DeMarco talks My Bloody Valentine and his “effect on young boys” 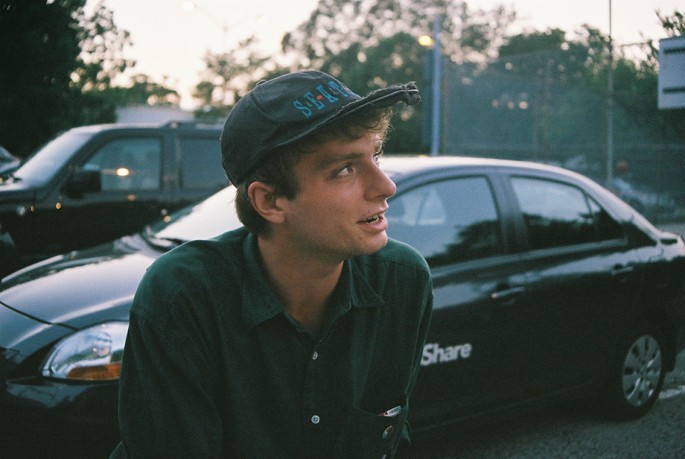 “I never thought it would be like this,” says Mac DeMarco backstage after his sold-out show at London’s Garage.

“I’d thought I’d always be playing dungeons. You know, dingy crappy basements with dudes leaning over at the end of the set saying ‘love your guitar tuning man.’” Beyond the stage door A&R men wait in the summer cold to meet the 23-year-old Canadian, alongside dozens of his fans, many of whom failed to even get tickets for the gig.

For an artist known by most for sweet lo-fi pop songs, the Garage show had all the trappings of a rock concert: crowd surfing, stage diving, mass stage invasions, very pissed off security guards. Adoring teenage girls rose in unison on their friends’ shoulders for his sun-kissed love song ‘My Kind Of Woman’. A tightly-vested man breached security during the band’s encore – a cover of Neil Young’s ‘Unknown Legend’ – to lay a long, wet kiss on the bassist’s lips.

It’s been an incredible few months for Mac DeMarco. Until late last year he was working odd jobs, doing construction work, shifts at McDonalds, whatever he could get. But rave reviews last year for his second album 2 have made him a famous man. The album’s triumph is in its simplicity: astutely observed lyrics about mooching about at home, puppy love or his favourite brand of cigarettes float over languid, detuned and capoed guitars. Musically the album contains whispers of the prog, psych and even beach sounds of the 1970s, repackaged with a pop sentimentality that has made it sound so new to his young fans. 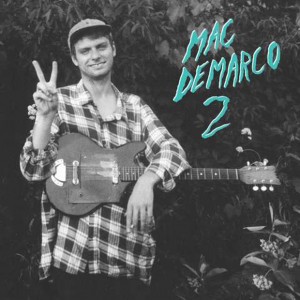 “Last year was very strange. We had just done a two-month tour in the States and there were maybe 10 or 15 people at each show. It was kind of shitty,” he explains, “Then the reviews were like ‘Oh, the album’s great!’ so when we came to the UK to play Birthdays it was fully sold out! I was like ‘This show is sold out?’ What the fuck?’”

As the word spread, DeMarco and his three band mates then toured Europe and California. “Mexican teenagers are fucking crazy. We did this show in Santa Ana where there were 150 kids on the stage going crazy!” he says. “In the UK you still have a bunch of kids who are rowdy like in the States,” says DeMarco. “For me I can gauge the show on how many people are going nuts but in Europe the crowds are kind of reserved or polite but they always call for an encore! I always think, ‘I thought you guys hated me?!’”

“I feel like we have the same effect on young boys as Weezer did in the 1990s.”

“It’s really exciting to me to think about how hyped I was about certain bands when I was in high school, or fresh out of high school,” he says, referencing his touchstones as bands including My Bloody Valentine, Beat Happening, Arthur Russell and the Modern Lovers. “Now I’ve become what they were to me.”

The vested man that tried to snog DeMarco’s bassist is not a rare sight at his shows. He attributes his gay following to some of the marketing on his first album, Rock and Roll Night Club.

“All the press for that was me wearing lipstick and cross-dressing,” he explains. “I’m not like that. I’ve never played shows shirtless with lipstick on or anything and that album didn’t even get a huge amount of press but then I started going to shows and people were like ‘Mac! Where’re the stilettoes honey?!’”

“I feel like we have the same effect on young boys as Weezer did in the 1990s. I wrote pretty personal songs but I still try and do the pop thing and for one reason or another it’s become music for a lot of young men.”

Watching DeMarco on stage with his band mates, tongue flapping, making dumb jokes, playing irreverent covers of Tool, Eric Clapton or Rammstein’s ‘Du Hast’, he appears a long way from what can be heard on the cleverly-constructed songs on 2. A cursory internet search confirms this: footage of a drunken DeMarco on stage inserting a drum stick up his arse, an interview showing him joke about being able to “J-O” at his old job, where he euthanized and disposed of animals. It’s all very silly.

It’s like he and his friends were making goofy jokes in the garages of suburban Vancouver or Montreal and were all of a sudden transplanted onto the world stage, which is in many ways exactly what’s happened. But so far he has kept his fans with him, many of whom would fail to even note a distinction between the immature man and the mature artist.