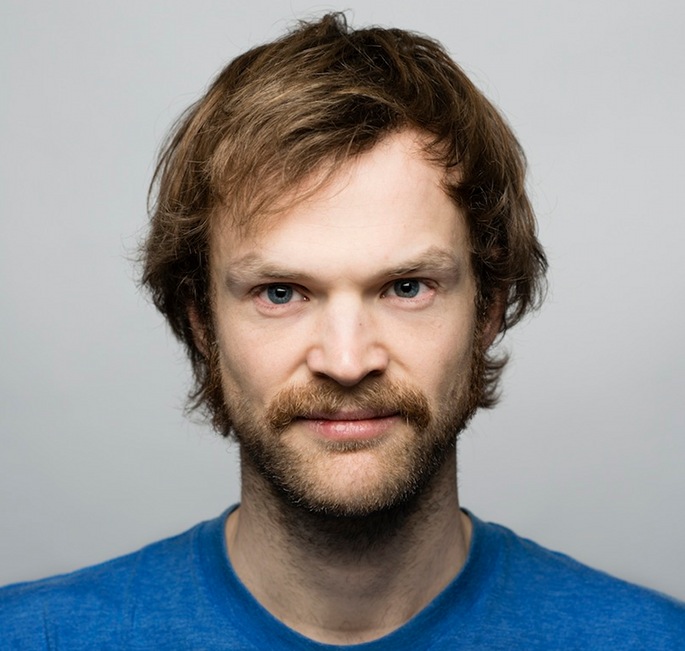 With the way individual tracks are now consumed, the idea of what constitutes a single has shifted dramatically in the last half a decade, and its for this reason that the songs reviewed across the next six pages are a combination of 12″ vinyl releases, mixtape cuts, Soundcloud uploads and more. All are treated equally – well, most of the time – with Miguel, Todd Terje, Redinho, ScHoolboy Q and more in the line of fire. 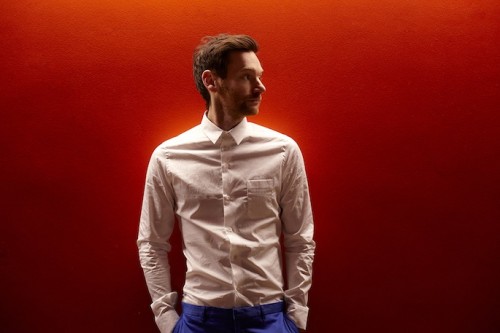 Steve Shaw: Although I’ve always loved mid-80s boogie, I’ve had a hard time getting into Redinho’s revival of aspects of it, and more so when mixed with the Numbers sound. I’m going to be honest too and say it sounds like it’s got too much Rustie in there. I hope this is just the intro to his new album and it veers off somewhere else. (5)

John Twells: I really like this, it sort of sounds like an alternative soundtrack to Far Cry 3: Blood Dragon, which itself was a pastiche of 80s straight-to-VHS sci fi and action movies. That’s no bad thing to these ears, anything that sounds like a bombastic tribute to my least troubling childhood memories gets a pass. Also – loving those toms. (7)

Chal Ravens: Isn’t this track about two years late to the digital maximalism-meets-John Carpenter party? Sounds like a cross between (old) Hyetal and (old) Gatekeeper. Which is fine and all, and it’s competently done with those obliterating drum rolls, but it simply refuses to go anywhere or get into a rhythm, which makes me wonder what it’s really for? In a world where Geoff Barrow has already made a Drexciya-inspired soundtrack to Judge Dredd, this track seems surplus to requirements, unfortunately. (4)

Joe Moynihan: As ballsy as his melodies and arrangements are – that last minute on Stay Together still twists me out like no tomorrow – I always found Redinho’s cosmic-funk a little too retro-leaning for my tastes, favouring the dystopian future approach of Night Slugs and co. This is welcomingly massive though – those drum rolls makes me feel like David Bowie is chasing me around an M.C. Escher painting in tights while those synths are equipping us both with jetpacks to make things more interesting. (7) 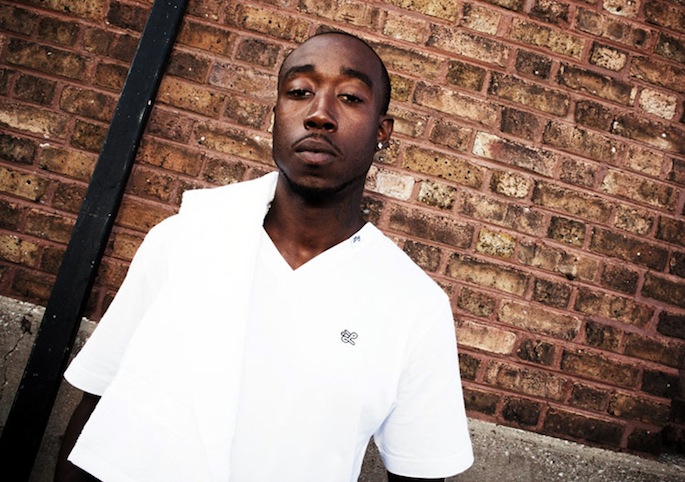 John Twells: It’s no ‘Thuggin’ is it? Still, ‘187’s grizzly street tales are a nice break from the slick autotuned whinefests that have taken hold of rap lately. Gibbs still manages to drag me back to a pre-world domination 2Pac with his rhymes, and the inclusion of real live West Coaster Problem seems like a smart move, even if I’m not his biggest fan. Sadly it feels a bit like half a track when you have something like Q & K Dot’s ‘Collard Greens’ to compare it to – tough week. (6)

Chal Ravens: So when Gibbs says, “that bitch one eighty seven”, he means she kills it in the sack, right? Not, “that bitch one eighty seven ‘cos I just killed her dead”? That’s what I’m going with. There’s romance in here somewhere. Gibbs’ thug life shtick is so dated it’s vintage, so you can’t really argue with the ‘I Got 5 On It’ vibe coming from the tubular bells on the gloomy, spartan beat. (5)

Joe Moynihan: You know how they say revenge is a dish best served cold? This tune is proof that absolutely everything – even rappers going TMI about what goes on pon de bedroom floor – is always better served as cold as fucking ice. (7)

Steve Shaw: Seriously, if you’re going to chat about your sex life, at least make it vaguely entertaining and not just rank. Listen to some dancehall, dude. Sap’s beat is a solid 10, but hearing all that misogyny, knowing Junie Ranks would leave them weeping, means…(5) 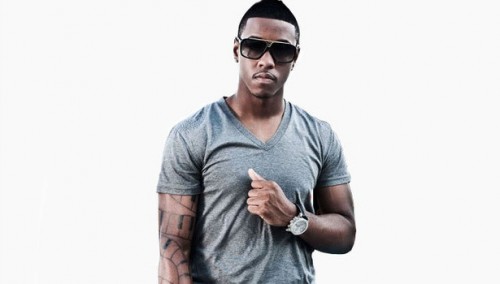 Joe Moynihan: Was Jeremih a mouse in a previous life? What sort of mad vendetta has he got against the pussy population? ☹ I encourage more RnB singers to soar over chopped and screwed beats like this though please. (6)

Steve Shaw: R.I.P.’s concept – including the art – is quite good as far as slackness goes. But let’s face it, any girl could wipe the floor with ‘Jeremih-ah Carey’, and that’s way funnier. Now stop begging for attention and go make a decent follow up to Late Nights. (6)

John Twells: I don’t think I have to go over my unashamed love of DJ Mustard much more than I already have, but who knew he’d sound so great pitched down a few cents. The track is basically just a screwed version of Young Jeezy’s R.I.P. but nu-R&B crooner Jeremih manages to make it his own with an inspired and uncharacteristically restrained vocal performance. It’s the kind of tune that gets better on every spin – just give it a while, you’ll see. (8)

Chal Ravens: God, it’s a right old boys’ club this week, isn’t it? And I use “boy” advisedly. The joke on Young Jeezy is funny the first time but less amusing with each chorus, although the final Auto-tuned descent into madness suggests Jeremih never takes himself too seriously. (4) 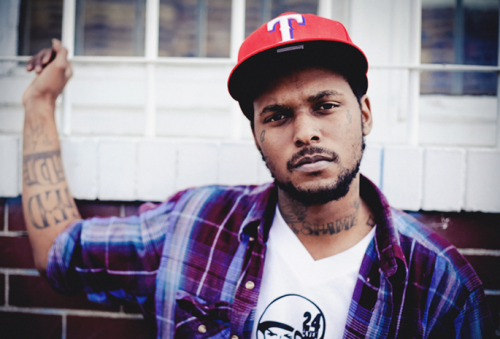 John Twells: It’s pretty funny how much I’m looking forward to Oxymoron at this point, considering at the beginning of the year I would have greeted the information with a sigh of disinterest. This might be the best drop yet, and easily one of the most psychedelic rap records I’ve heard this year alongside of Mr. Muthafuckin’ Exquire’s druggy Kismet. It ain’t no throwback either, and the production owes just as much to British club music as it does to rap. I shouldn’t even need to mention Kendrick’s verse… sheeeeeeeiiit. (9)

Chal Ravens: This is one of those just-landed-from-outer-space tracks that’s so obviously perfect it’s hard to imagine it being halfway finished at any point. All the tiny nuances in the beat and the voices seem symbiotic and entangled, as though they were actually written at the same time rather than glued together retroactively, as per most hip hop tracks. Prett-ay, prett-ay excited for the album. (8)

Joe Moynihan: DOOF DOOF DOOF. This is one of the most buzzing tunes I’ve heard from Q and Kendrick yet – from the rattling percussion to the beeping red-eyed breakdowns to both guys’ presence and charisma being on a permanent next level flex, it just delivers on all fronts. On top of that, it’s the first (edit – and only) tune in this week’s round-up to arouse the gunfinger from these RSI-plagued hands. (9) 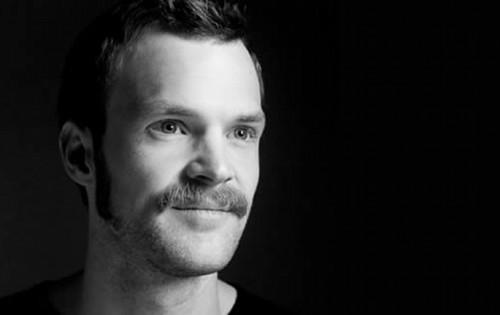 Joe Moynihan: It’s slap bang in the middle of June and London’s grey streets are currently being pounded by the most ridiculous bludclart rain imaginable, yet if I can live a vicarious summer through this tune alone then everything is going to be alright. Excuse me for a moment while I sit on a deckchair outside my flat drinking frozen tequilas pretending I’m not getting drenched. Unless he has access to a private beach bar on the other side of the galaxy, that’s the only way I can comprehend Terje’s ability to churn out these spiralling future disco jams in a country like Norway. (8)

Steve Shaw: Not as memorable as ‘Inspector Norse’, but not bad either. (7)

Chal Ravens: That is one seriously deep build. Two minutes of pissing about with woodblocks and synth squiggles before we get into the ante-groove, if you will, which teases us for another minute with its gentle risers, promising a spectacular pay-off. And at 3:40, there it is! You’re having a seriously bad day if that cheeky piano vamp fails to put a smile on your face. Major key dance music should be the absolute pits, but in Terje’s hands you feel safe surrendering to the plastic novelty of it all. (8) 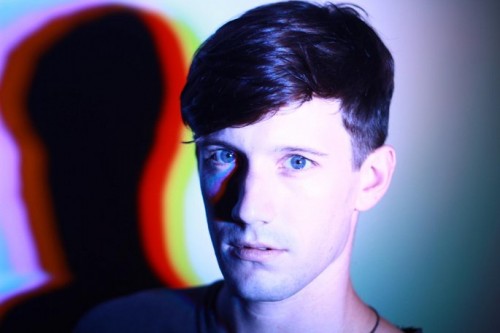 John Twells: Just because it’s faded and lo-fi doesn’t mean it’s worth listening to. Tried to get myself to give a shit – couldn’t. (2)

Chal Ravens: Ital’s brand of dense and queasy, almost-danceable dance music is a tricky proposition and not always successful, but on this one he nails both the freaky, disorientating, brain-stimulating stuff and the primal, kinetic, body-shaking stuff. Would love to hear someone like Actress throw this into a set. (7)

Steve Shaw: This is brilliant. Of Ital’s stuff, I’ve always loved the bizarreness of ‘Culture Clubs’ the most, and this marks both a return to form and an expansion on ideas. I’m really not into the overly mental pitch LFO taking up so much time, but it settles into something genuinely excellent, everything skittering together with extreme anxiety. The rest of the Workshop release is great too. More of this everywhere please. (10) 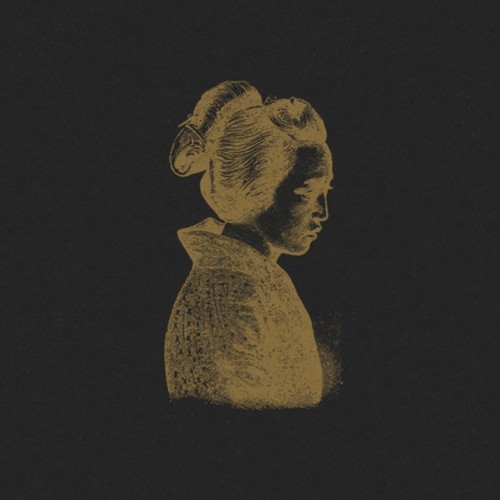 Joe Moynihan: That sinister sense of foreboding, unsettlingly stretched ethreal voices, gargantuan sheets of rusted metal being torn apart, drum kits being thrown into an oubliette… Take everything this tune has in spades and bury me alive with it. (9)

John Twells: Dagger Paths was so fucking great that I had a feeling Mr. Swords wouldn’t be able to follow it up. I was wrong (love it when that happens), because ‘Thor’s Stone’ is just fantastic, inhabiting the same headspace as its predecessor but not repeating it in any way. In the wrong hands this collage of new age-y samples would sound like a damp flannel, so thanks Mr. Swords for making sure that instead our reference points are RZA, Timbo and Wiley. Very good indeed. (8)

Chal Ravens: Could do with another four and a half minutes of this. Maybe that’s just being greedy, but when the scuffed drums, wooden pipes and crackling voices suddenly wind up, you feel like he’s cut off the shamanic ritual before the gods have spoken. On the other hand, that just forces you to go back to the beginning and hear it again, so he must be doing something right. A very promising return, ad yet another album to look forward to this year. Oh 2013, you’re spoiling us, love. (7)

Steve Shaw: No, please! No music! Just give me the elephants! I can’t remember the last time I cried… (7)