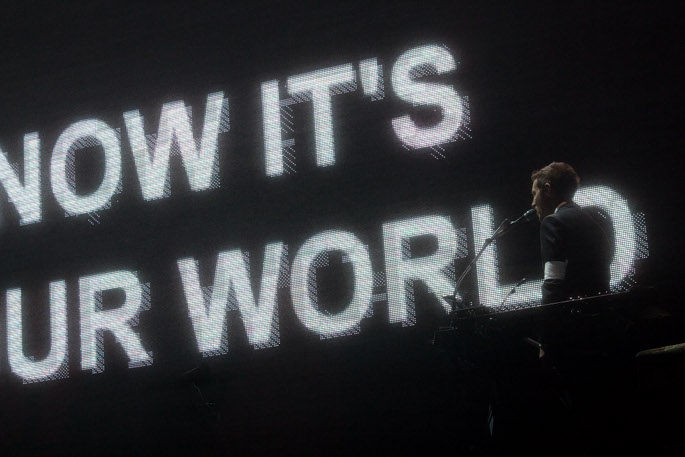 They feed the human imagination and they can transform both people and the world for the better. He thinks that for the past 20 years we have been in a political and cultural ditch because we have, unlike in the past, opted to manage the world rather than try to change it. According to Curtis, this malaise is the unintended consequence of several processes: the rise of individualism and its atomization of society; the now entrenched belief that humans are rigid and unchangeable; and the use of the language of economics to think about the world. The managed world we live in is a static world, haunted by the ghosts of its past.

For 20 years Curtis has used long-forgotten BBC archival footage and dazzling pop soundtracks to tell the stories of curious individuals to get his audiences thinking about how systems of power work. For example, SAS-founder David Stirling’s private mercenary force in the Yemen demonstrated the reluctance of Britain’s old guard to relinquish its Empire; geneticist George R. Price’s grisly suicide underpinned Curtis’ case for free will; and Edward Bernays’ use of his uncle Sigmund Freud’s psychoanalytic theories to sell women cigarettes showed post-war America’s culture of consumerism and control.

“Punks don’t like to hear it but they and Mrs. Thatcher were both on the coattails of something bigger, which was the rise of individualism.”

Throughout the spectacle, Curtis’ paternalistic BBC newsreader voice recites an evocative political essay sardonically entitled ‘Everything Is Going According to Plan’. The essay covers a lot of ground and uses several stories, from the Soviet clean-up of Chernobyl to Jane Fonda’s workout VHS revolution, to tell a tale of how individual freedom, “the prevailing orthodoxy of our time”, might be inhibiting human progress and the creation of a better world. But Curtis says the film is also about how these same forces of individualism could also be shackling music to its past.

“In making this most recent show I’ve begun to actually think about music politically,” explains Curtis to FACT in a Manchester coffee shop. “The thing that fascinates me most is just how stuck music has become. And I love music, I know a lot about pop music, but it is now completely reworking the past, almost archaeologically.” 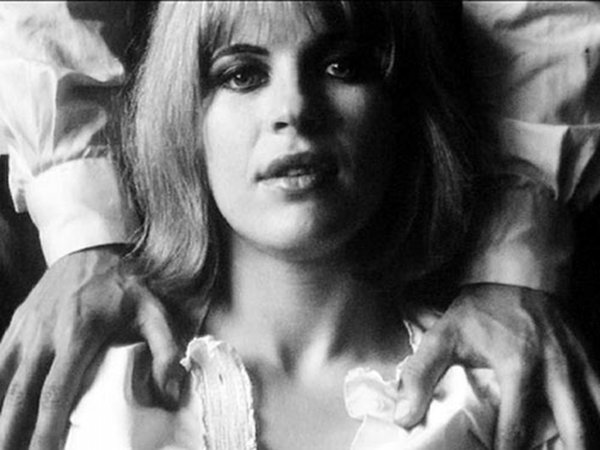 Curtis believes that political individualism as espoused by Margaret Thatcher and implemented though her neoliberal policies is part of the same wider cultural shift as the individualism that punk rock embodied. The privileging of the individual over the community has, he says, had the unintended consequence of atomizing the world to the extent that today “everything is acceptable and everything is ubiquitous”.

“Punks don’t like to hear it but they and Mrs. Thatcher were both on the coattails of something bigger, which was the rise of individualism where we could be whatever we wanted to be,” he explains. “The Sex Pistols’ song ‘I Wanna Be Me’ came at the same time as a speech by Mrs. Thatcher that had pretty much the same message.

“But punk was the seed of its own disaster just as Mrs. Thatcher was the seed of her own disaster. She was the last politician in Britain to tell a story but it was a story that, like punk, said that you should be free to do whatever you want and that left us trapped in our own rather limited sensations and desires. What we are missing today is that when human beings get together they become more than the sum of their parts.”

“If you listen to Savages, they are archeologists! They are like those people in pith helmets who used to dig up the bones of Tutankhamun.”

“I love emotions, I’m a very emotional person,” he says, “but how limiting is it to live in a world where your relationship with music is just emotional? It’s appropriate at certain times like when you go dancing or you’re lonely and home late at night, but the idea of being emotional in everything might actually be trapping us into a very limited view of what we are as human beings.

“The focus on our own emotions comes from the central ideology of our time: individual freedom. But what this ideology really says is that what you feel and what you think is everything. Well, actually, human beings can be far more than that. In other circumstances you can lose yourself in something grander, whether it’s for an idea or for love, when you surrender yourself to someone else. These things actually liberate yourself from your feelings and it may be that this idea that your emotions, which this modern music is encouraging to reinforce, might actually be part of the problem because it’s trapping you just with yourself and if you’re trapped within yourself you can’t lose yourself in something grander. It’s not only limiting – it stops the world changing, because it’s only when we are together that we’re powerful.” 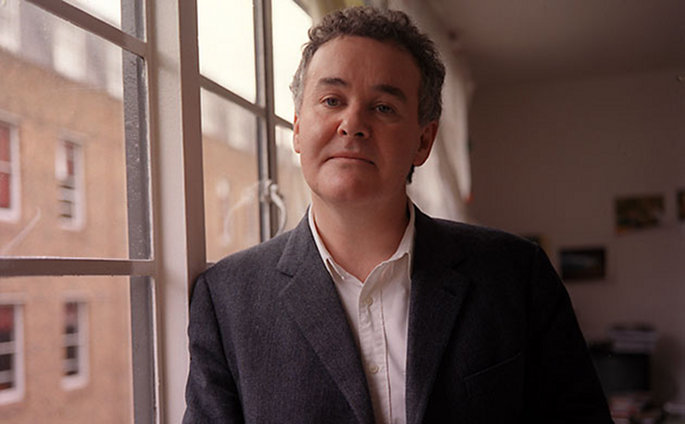 The musical – and political – individualism of our times has, according to Curtis, created a static world where music is ubiquitous and, because it is incapable of moving forward, is fixated on its past. Pop music used to look forward, glancing occasionally at the past , but now the past is where it lives. This change was likely catalyzed by changes in music industry. Throughout the 1980s and 1990s, sub-cultures became mass-cultures as movements like house, grunge, Brit-pop and even garage were propelled into the mainstream. Napster and the digital revolution made all music, past and present, ubiquitous, creating the ‘I’m-into-a-bit-of-everything’ generation who had total choice. This blurred, and eventually broke, the old tribal divisions in music to the point where now to be in a tribe is to be woefully out of touch.

Curtis says the ‘reinforcement’ of our emotions and sensibilities operates in a number of ways: culturally, through a society that puts a premium on emotions, and technologically, through the algorithms used on websites like Last FM, Amazon and Pandora that usher people towards music they already like.

He cites the example of playing Coldplay during the heartwarming moments of The X Factor as an example of how we are being marshaled to believe there is an “appropriate” emotion for an appropriate time, something he deliberately subverts when making his own films, most notably in ‘It Felt Like a Kiss’.

“I think true radicalism[…]comes from the idea of saying this is a world that has never existed before, come with me to it.”

“If we are emotional, which is not necessarily a bad thing, then what tends to happen is that those with power tell us what’s the right emotion to feel at the right time. Very much like how the Victorians used to have guides to modern manners. I would argue that playing Coldplay behind a moment in The X Factor is the modern version of the Victorian guide to manners.”

“My argument is that we live in a non-progressive world where increasingly we have a culture of management, not just in politics, but everywhere. Modern culture is very much part of this progress. What it’s saying is: ‘stay in the past and listen to the music of the past’.”

“I know everyone loves Savages but if you listen to Savages, they are archeologists! They are like those people in pith helmets who used to dig up the bones of Tutankhamun.

“Savages have gone back to the early 1980s and unearthed a concert of Siouxsie Sioux or The Slits and literally replicated it note for note, tone for tone, emotion for emotion. It’s like some strange curatorial adventure. They’re not new. It’s good to go back into the past and take something and reinterpret it and use it to push into the future but they’re not doing that – they’re like robots.”

Curtis is not a curmudgeon who hates contemporary music – his recent films have included songs from Yo La Tengo, The Kills, Burial, Clinic and The Bug – but his argument is that it does not take us forward. He thinks that modern music, although sometimes beautiful and interesting, is not progressive.

“Pop music might not be the radical thing we think it is. It might be very good and very exciting and I can dance to it and mope to it, but actually it just keeps on reworking the past.

So, if we’re in such a swamp, how do we make music progressive again?

“Well, the ruthless answer is that music may actually be dying at the very moment it is everywhere. There comes a moment in any culture where something becomes so ubiquitous and part of everything that it loses its identity. It will remain here to be useful but it won’t take us anywhere or tell us any stories. It won’t die in the sense of not being here but in the sense of not having a meaning beyond itself. It will just be entertainment. What will happen is that something else we haven’t imagined yet will come in from the margins that tell us a story that unites us.”

At the Manchester International Festival show, Elizabeth Fraser stands half-silhouetted behind the central screen singing in Russian a cover of ‘Yanka’s Song’ by Yanka Dyagileva as the Siberian punk-folk singer’s tale is told in huge letters over the screen, ending with her sad oblivion.

“Outside our fragile cocoon and beyond the reach of the two dimensional ghosts and the enchanting music of the dead,” silently shouted the giant letters across the screen, “the future is full of POSSIBILITY”.

“IT IS NOT PREDICTABLE”…“YOU CAN MAKE ANYTHING HAPPEN”…“YOU CAN CHANGE THE WORLD”…“PLEASE FIND YOUR OWN WAY HOME”.

Exiting into a room filled with a thick fog of dry-ice, lit only by the path of bright searchlights and silent except for the barking of dogs, the message seemed clear: the future may be scary and uncertain, but we shouldn’t be afraid of it.

Skrillex: “It’s extreme music which is kind of entertaining but it doesn’t tell you a story. It’s a mood, and to be rude it’s a zombie mood. Things like Skrillex are the remnants of the old music carrying on in a kind of zombie-like exaggerated way. It’s stuck, it’s not going anywhere.”

Mumford and Sons: “They are like 18th century squires who ride out on the estate and go on the hovels where their fans live and tell them everything must stay the same. Mumford and Sons are the modern version of “you should know your place”. They’ve gone back to an old cultural folk music – some of which was very radical and a way of challenging power in the world – stripped it of any meaning, and reworked it into this nostalgic thing and put it together with stadium amplification. I can’t bear it, it makes me cry.”

Rihanna v Beyoncé: “I love Rihanna, I love her. I think she’s the best thing in the whole world, whereas Beyoncé is flat mood music for so-called sophisticated urban bars in waterside locations.”