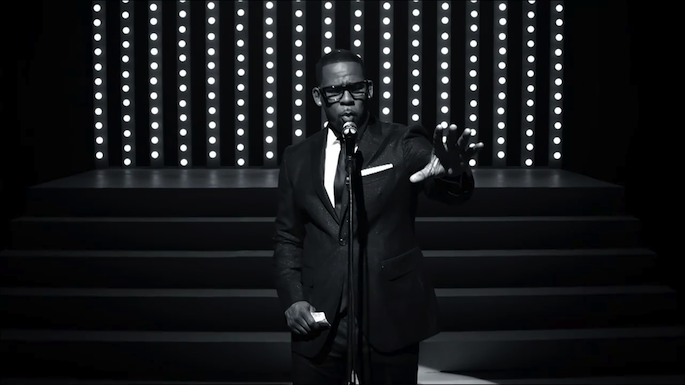 With the way individual tracks are now consumed, the idea of what constitutes a single has shifted dramatically in the last half a decade, and its for this reason that the songs reviewed across the next six pages are a combination of 12″ vinyl releases, mixtape cuts, Soundcloud uploads and more. All are treated equally – well, most of the time – with R. Kelly, Oneohtrix Point Never, Wookie and more in the line of fire. 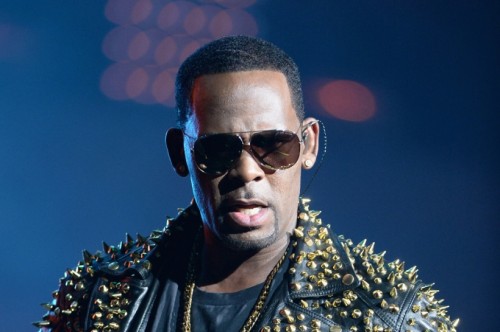 Brad Rose: With R&B’s other heavyweight (no pun intended), The-Dream, massively disappointing with IV Play, it’s up to Kells to deliver with Black Panties. I’m not sure if “My Story” hints that it’ll be great, but it’s still very good. While getting his auto-tune on, he cranks out lyrics that are typically great/terrible in the way Kells always is. Of course, he’s nowhere near as ridiculously terrible as 2 Chainz (“Velcro, I’m sticking to it”) over a beat that wouldn’t sound out of place on Trap House 3. Solid tune, docked two points for including 2 Chainz. (5)

Steve Shaw: Why’s he got the autotune? I know it’s a stylistic thing, but it really doesn’t work on King Kelly. And the ‘eh eh eh eh eh I just ran out of words’ bridges really let down inspired lines like ‘I showed her the Jesus piece, now she’s got that Holy Ghost’. Meanwhile, 2 Chainz sounds like he just wandered into the studio and wouldn’t leave until somebody finally caved in and let him do a verse. All the points for this therefore go to the amazing ‘and I’m stickin’ to it’ chorus, with those deep pads and killer pizzicato strings. (5)

Chris Kelly: After a decade dominated by legal issues and Trapped In The Closet punchlines, R. Kelly seems poised to reassert himself as the teller of his own life story. The mid-tempo ‘My Story’ is a capable — if forgettable – first effort towards that end. (6)

John Twells: A new R. Kelly jammer that features the immortal line “I beat that pussy, Django”? Sign me up. Good to have you back you crazy bastard. (8)

Chal Ravens: A post-Jeremih slow jam of sorts, rendered hopelessly unsexy by the contribution from hip hop whack-a-mole 2 Chainz and lines like “she make a pole disappear like hocus pocus”. Pretty unimaginative considering this guy is capable of writing a 33-part sex opera. (4) 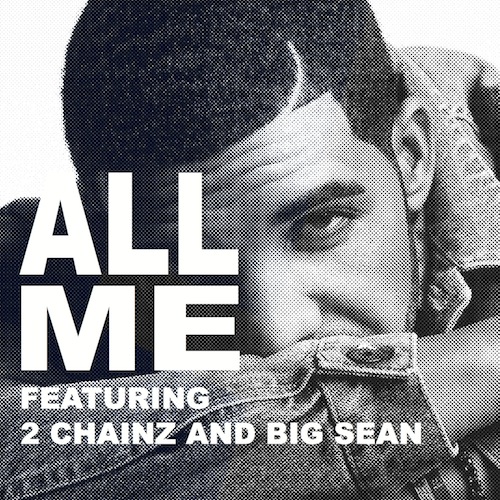 Chal Ravens: “Got everything, I cannot complain,” mopes Drizzy, who’s been saving time on lyrics by cribbing words from his own parody Twitter accounts. Directionless and not a lot of fun, but his admission, “I don’t even know how much I really made, I forgot, it’s a lot,” is about as real as it comes. Wave to 2 Chainz, who’s got himself lost in a recording studio again. (6)

Brad Rose: I’m a big Drake fan, don’t get me wrong (or hate all you want, whatevs), but for fuck’s sake can 2 Chainz go the fuck away? Big Sean is bad enough, but 2 Chainz has become a neverending plague on rap and hip-hop, popping up on every fucking song in the world it seems. Are anyone’s rhymes dumber than 2 Chainz? I realize that’s his calling card at this point (and he’s making a ton of money from it) but fucking hell. It’s awful. If I had more space I would go through my friend Adam’s theory that 2 Chainz is basically Wittgensteinian in how far he dumbs things down (especially in reference to “Fuckin Problems”), but alas. I mean, he gets so stupid on his rhymes these days it’s practically an art form. On some level, I tip my hat. Mostly, I just want to punch him in the fucking throat so he’ll stop showing up on every fucking track. Great beat and all, but 2 Chainz AND Big Sean in once place? Sorry Drizzy, fuck you. (4)

John Twells: Easily the best leak from Nothing Was The Same so far, ‘All Me’ is carried by KeY Wane’s luxurious marshmallowy production. It certainly isn’t helped by 2 Chainz’s zinger “my dick so hard it made the metal detector go off”, which has to stand as one of the rapper’s clunkiest in a year of clangers. Still, it doesn’t ruin the track – just give us the full length already. (8)

Steve Shaw: This track is surprisingly good, everyone contributing good verses – although it goes without saying that you have to sit through Drake’s trademark chorus trolling to get to them. The first beat from KeY Wane is pretty standard fare but held back enough to be complimentary and fuggy. I’m not fully convinced about the second beat yet – which is like a screwed version of Beck’s ‘Broken Train’ – but Drake’s last verse gets particularly interesting before the fade. (7)

Chris Kelly: One could make a small fortune releasing songs that edit out verses by 2 Chainz, Big Sean, and the rest of the rap middle class; this would be a great place to start. (3) 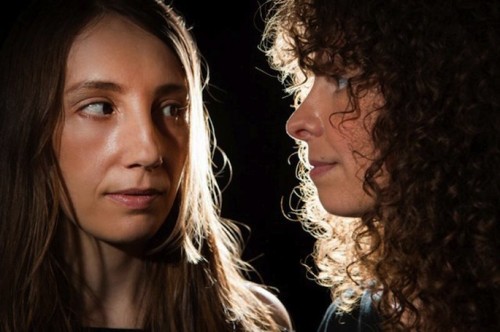 John Twells: ‘Make It Up’ isn’t exactly anything new from The Blow, which is surprising given the fact that producer Jona Bechtolt is no longer present, and it’s been a good seven years since their last record. Khaela Maricich’s vocals are still just as enjoyably deadpan and though the beat’s aren’t quite as charming as they used to be, it just about holds together. (6)

Chris Kelly: The year of the comeback continues: The Blow returns with the airy, light-hearted electro-pop that the project mastered in the mid-aughts. So well-written that it is repetitive but never boring. (7) 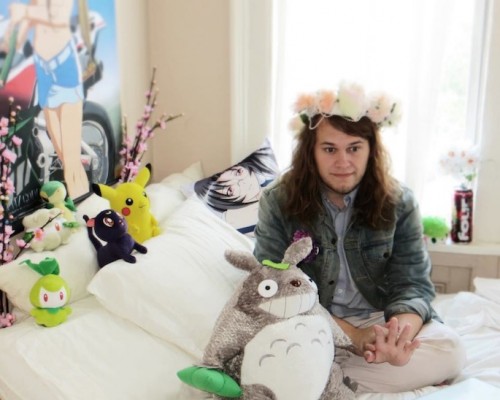 Chris Kelly: The discussion of James Brooks’ latest project has mostly focused on its gender politics — so much so that he’s already changed the new moniker from “Dead Girlfriends” to “Default Genders.” Still, I think ‘Words With Friends’ does a good job of pulling together Postal Servicesque earnestness, 90s dance-pop nostalgia, and Brooks’ experimental streak. (7)

Chal Ravens: From his blog and interviews you might expect James Brooks to be making music as least as left-of-centre as his politics, but this is more like buttoned-up emo-pop filtered through a Balearic sunset. Weirdly, though, I am enjoying it. Pleased to hear that he’s binned the name Dead Girlfriends, but I’m baffled by the new moniker – Default Genders? That may be the least poetic thing I’ve heard this week, alongside 2 Chainz’s twin intrusions. (6)

John Twells: I almost didn’t want to listen to this, as the controversy surrounding the Dead Girlfriends EP is way more interesting than the music itself could ever be, save for being shonky doo-wop variations of Iron Maiden’s ‘Can I Play With Madness’. My fears were indeed confirmed, it’s innocuous enough stuff, but c’mon – it’s really just a mediocre approximation of Bright Eyes’ Digital Ash in a Digital Urn with a bit of trendy early 90s dance pop nostalgia thrown in for good measure, right? (4)

Steve Shaw: James Brooks is an insightful lyricist and commentator for his generation and scene (for want of a better word), and there are well-written lyrics and good production here. However, stylistically I’m always going to be halted dead in my tracks by the late 90s breakbeat dance aspect of this. For me, that kind of sound actually sucks away energy and emotion, rather than enhances it. It also reminds me of Moby. Please don’t make me go there. (6)

Brad Rose: There’s probably a bunch of people pretty stoked that Death Cab for Cutie have gone electro, but I ain’t one of them. (3) 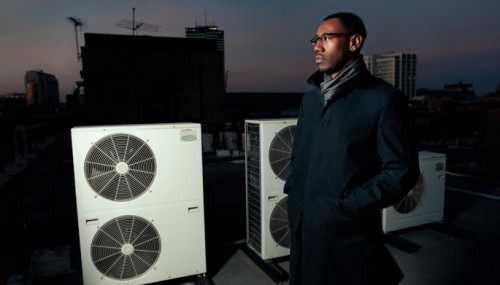 Steve Shaw: Nice to see a veteran confidently step into the mainstream UK house sound and smack it out of the park. Melodically this reminds me of a darker version of Kyla’s ‘Do You Mind’, and Eliza Doolittle nails the delivery flawlessly. The only thing I’d say is that perhaps the chorus is a little subdued, considering how interesting the arrangements become during the ‘you put on quite a show’ bridges. Still proper solid stuff, though. (8)

John Twells: I still play ‘Scrappy’ and ‘The Battle’ regularly, but while ‘The Hype’ might be a cauldron full of ingredients I’d usually love, something about it just feels a bit, well, dull. I’m sure if it was the right time of night, and I’d had a few sips of Ciroc Coconut it’d be job done, but sitting in my undies, tapping away at a keyboard and getting screen burn – not so much. (5)

Chris Kelly: Looks like Wookie wasn’t content for Disclosure to get rich off the sound he helped pioneer. Recruiting Eliza Doolittle was just a finger in the eye to the ‘You & Me’ pair. Pleasant if not earth-shaking. (6) 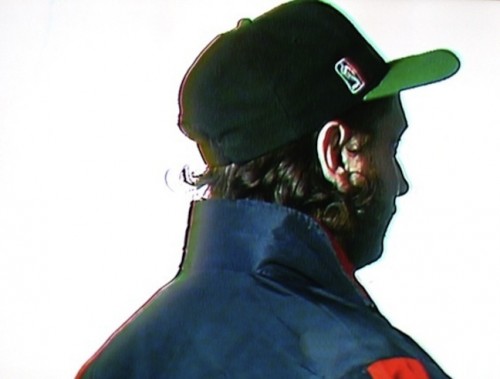 Brad Rose: So this is the first real glimpse we get into Lopatin’s next turn as OPN. Huh. I’ve been a big fan of much of Lopatin’s work, but this just sounds like Far Side Virtual 2 to me and there’s very little to distinguish it from Ferraro’s overrated opus. I was pretty excited with how he’d broken away from the arpeggiated-synth magic from the early OPN stuff on the last few records. It seemed like he was on the cusp of something pretty great and interesting, but this? Hugely disappointing. (3)

John Twells: Utterly fucking brilliant. Lopatin’s always been a bit hit and miss for me (Replica – yea, Returnal – nay), but this one is very close to a perfect ten, and may well get there when I hear it in context with the rest of the record. I’m gonna stray off the beaten path now, but if you managed to hear Rene Hell’s criminally limited The Canon or catch him live around that period, there’s a definite similarity in terms of the brittle, glassy sounds and hiccupping structure, but Lopatin’s managed to flesh it out shockingly well. It’s like a symphony of plasticky mid-90s soundfonts reworked by the dude that did the soundtrack for Space Quest V. Fuck yeah! (9)

Chal Ravens: Since Channel Pressure, his album of high-gloss retro-pop made with Joel Ford, it seems like Daniel Lopatin has fully signed up to the new school of ’90s-plundering nostalgists making synthetic cut-up pop that’s so polished it’s almost abrasive. ‘Problem Areas’ is high-definition naffness, and as intriguing as it is unsettling. (7) 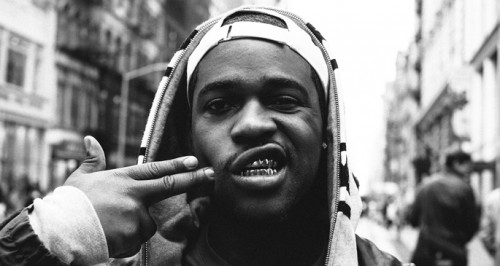 Chal Ravens: This could have been much denser, stranger and cloudier for my taste, but Ferg’s sing-rap flow is nonchalant as fuck and that collapsing bass line definitely hits the spot. Clunky but charming. (6)

Chris Kelly: All of a sudden the Bone Thugs feature on his album makes complete sense. Not as fun as ‘Shabba’, unfortunately. (5) 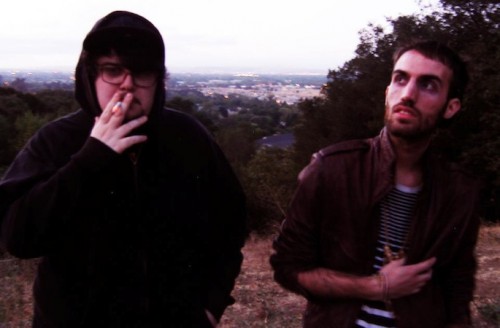 Brad Rose: Alright, I’m into this. When I heard that they did all the beats for 808s & Dark Grapes III, I was admittedly excited. “Poly” has such a lackadaisical yet still catchy groove that reeks of loaded, bummed-out summer nights. Floating on chopped-up vocal samples and languid synths, it’s easy to get lost and totally zone out until the ‘chorus’ smacks you right in the face. Really solid tune. (7)

Chris Kelly: Everything Friendzone has done lately (Main Attrakionz, Mykki Blanco) has walked the line between futuristic and nostalgic, with heavy servings of romance and melody. The best producers are the ones writing songs, not beats; this album should be killer. (9)

John Twells: Had a bad week? Put this on and heal yer wounds. It’s relentlessly chirpy stuff, and not the best track on the EP (that would be the cheesy, Japan-fixated ‘8AM’, just so you know) but it’s still Friendzone, and that’ll do for me. (7)

Chal Ravens: Friendzone have produced a bunch of ear-catching beats over the past year or so, but it suits them to dismiss the rappers for moment and stretch out into the mid-range, pasting thick washes of gloopy reverbed vocals over frantic, intricate rhythms. Lots to absorb; highly satisfying. (7)

Steve Shaw: I’d definitely go to the other room in the club during this one. (3)